Foursquare has a unique take on the shopping season, as it can track not only when its users are shopping, but where/how.

Perhaps the top line from this year’s Foursquare data is that people are staying at home to shop. Among users of Foursquare and location-sharing app Swarm, retail foot traffic was down about two percent overall on Black Friday 2015, adding to a growing body of evidence to that online shopping continues to grow.

And now (Merry Christmas), the infographics! 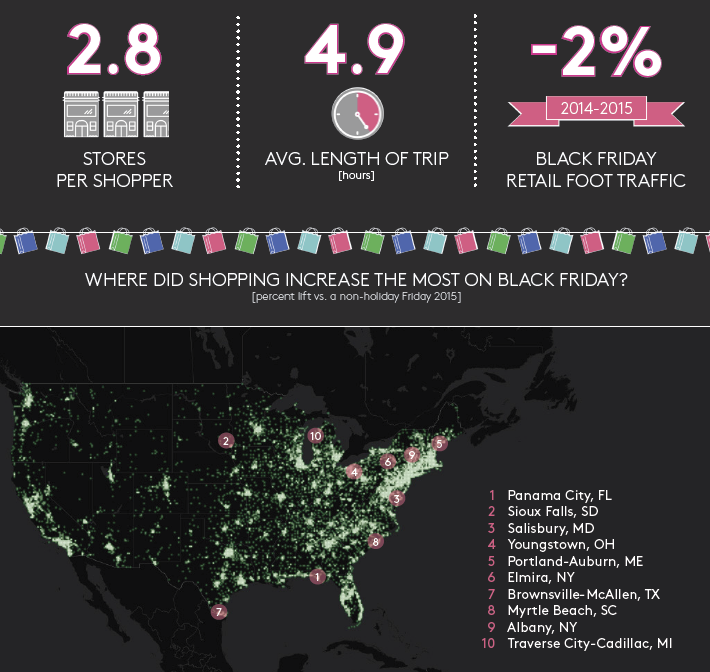 Some retailers were hit harder than others, foot-traffic-wise. Apparel, department stores, electronics retailers, toy stores, and mobile phone stores were among those that lost the most foot traffic this year, Foursquare said.

On the other hand, big box retailers, bookstores, and grocery and specialty foods stores are holding their own better against the online threat. Some, in fact, saw big foot traffic increases. 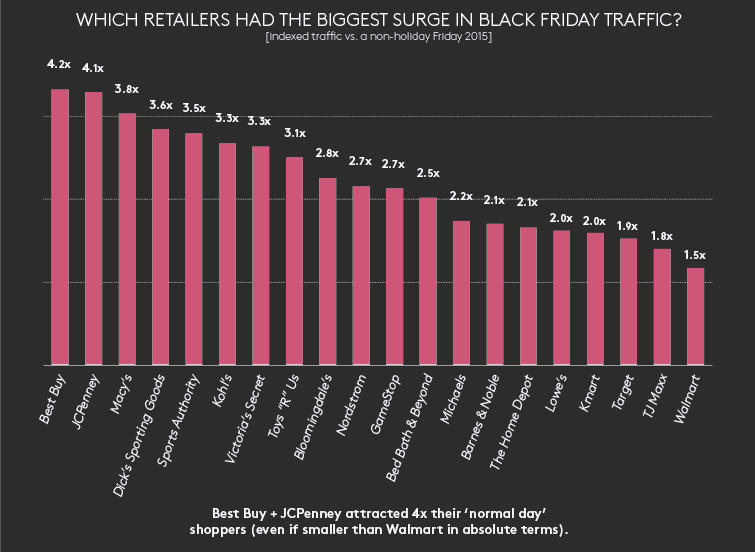 “Big box retailers keep some advantages during holiday shopping because of the breadth of merchandise and deals and the ability of consumers to touch the merchandise and drive home with it,” Foursquare’s Glueck said.

“In the coming few weeks of the whole holiday season this advantage will be even more true, as shipping cut-offs come into play in the final weekend,” he said.

Corrected December 4, 7:22 a.m. PT to clarify that Foursquare, the app, no longer focuses on check-ins.