First we had Black Friday, then Small Business Saturday, and then Cyber Monday. So after a long weekend of spending money on ourselves and loved ones, why not turn that towards those less fortunate? Today is the third annual Giving Tuesday, and tech companies are rallying to help out.

Started in 2012, this event — founded by the 92nd Street Y cultural center in New York City in partnership with the United Nations Foundation — has come to symbolize the start of the holiday charitable season. Over the past three years it has seen participation by over 38,000 partners worldwide while also directly causing an estimated 470 percent increase in the number of online donations made during the same period.

Adobe stated that in 2014, it found that most people who gave to charities don’t know ahead of time which organizations to contribute to: 40 percent of all charity referral traffic is through search, while 3 percent is from social. This shows that raising awareness of causes, such as what various companies are doing on Giving Tuesday, can help donors to choose organizations to support.

This year we asked around to find which tech companies would be participating in this event. This is by no means an exhaustive list, and some companies told us that while they’re not participating directly in Giving Tuesday, they’re actively encouraging their employees to give back in their own way. 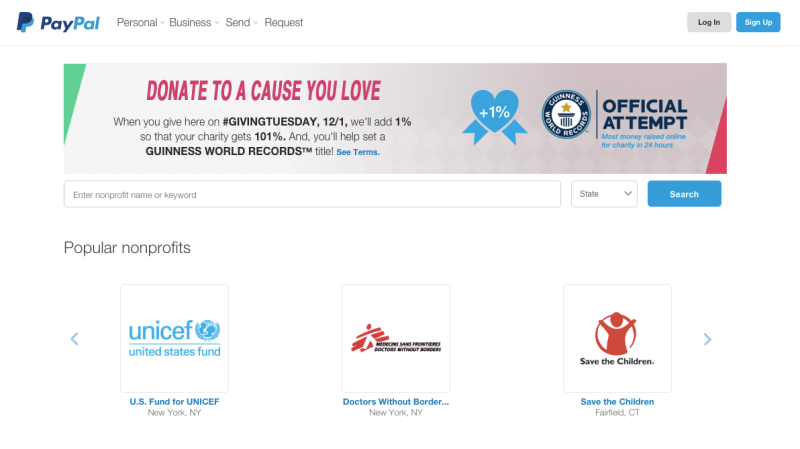 PayPal has teamed with the 92nd Street Y on an ambitious mission to set a Guinness World Record for the “Most Money Raised Online For Charity in 24 Hours.” Last year, the company raised $8.6 million and has set its sights on generating more than $19 million in donations in the same time span this year.

Starting earlier today, at 12:00 a.m. Eastern Standard Time, you can participate by making a donation through PayPal to any charity, anywhere in the world. The company said that if you contribute more than $10 through its Give Cheer website, not only will 100 percent be passed through to the recipient organization, but PayPal will add 1 percent more to the amount.

A founding partner of the Giving Tuesday movement, Microsoft is encouraging customers to tell it about their favorite charities and why they should receive a software donation from the company. Additionally, it has created a dashboard powered by its business intelligence solution, alongside 92nd Street Y and Blackbaud, to help visualize real-time data of the 24-hour giving campaign.

The on-demand private car service is encouraging riders to make donations to the (RED) organization, whose aim is to eradicate AIDS from the world. At the end of your UberX ride in select cities, riders will be asked if they wish to make a $5 donation towards the cause. Each donation will be matched by The Bill & Melinda Gates Foundation. 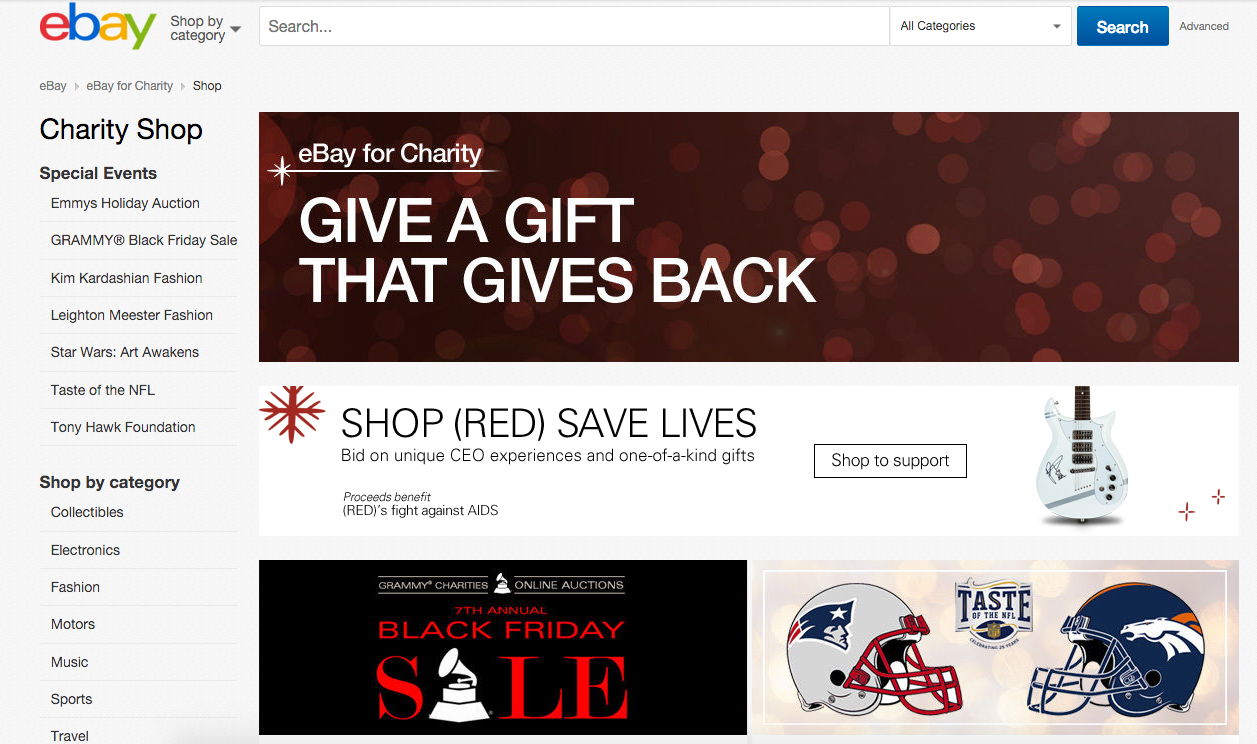 eBay is encouraging people to donate to charities during this year’s Giving Tuesday event in perhaps the best way it knows how: by letting you shop. The company has opened up a new “store” where purchases made will go towards raising funds for various charities, including (RED).

With its eBay for Charity shop, the online marketplace wants to connect you with charities. Instead of asking you for donations outright, eBay is approaching from a commercial standpoint — you can buy a collection of limited-edition jewelry from Pamela Love whose proceeds benefit Fashion Targets Breast Cancer, bid on art from the upcoming Star Wars movie The Force Awakens to benefit UNICEF Kid Power, and much more.

In another effort to get more charitable donations going, eBay is giving shoppers who select a favorite charity during the holiday season an opportunity to win a $2,500 shopping spree. The charity with the most new favorites will also receive a $25,000 grant from eBay.

The “do-it-yourself” website service kicked off its Giving Tuesday campaign earlier this week with $100,000 towards Code.org to assist the organization in providing computer science education to underprivileged groups.

Through its Google.org program, Alphabet is encouraging users of its Google search engine to make contributions to DonorsChoose.org. The focus this year will be on providing assistance to educators who want to “increase inclusion, equity, and opportunity for students with diverse learning styles.” Just like it did with refugee relief, Google will be matching donations up to $1 million.

Already, Google’s Impact Challenge, whose goal is improving life for people with disabilities, has raised $1 million thanks to Android Pay. According to the U.S. Department of Education, 6.4 million students in the United States have special needs — that’s 13 percent of the school population. There’s not enough money being passed along to classrooms and teachers working to educate those kids.

As Facebook is a place for people to connect with the experiences of the community, the social networking company has released multiple stories to show the power charity has on the human spirit. The first story shows an architect who recounts the names and personal stories of every homeless person he helps directly. Seattle resident Rox Hohlbein has set up a Facebook Page to ask for goods and services requested by a person in need — in the past five years, Hohlbein said that every request posted has been answered.

There are other stories, including one featuring a family in North Carolina looking to raise funds for a sex education program in their area to stem HIV and other sexually transmitted diseases.

Facebook tells VentureBeat that it’ll be sending special messages to its users within the United States and Canada to help raise awareness of Giving Tuesday and the aforementioned stories. A spokesperson told us, “We know people around the world connect with their friends to celebrate special moments like holidays and other cultural moments on Facebook, which is why we’re sending them this message.”

Of course, with the company recently testing a new tool to help nonprofits raise funds, it’s probably not too far-fetched to see some causes and organizations try out this method. The company also just published several 360-degree videos from causes like Charity Water, TOMS Shoes, and the Clinton Global Initiative that are meant to help enhance their story.

The ephemeral messaging app company is participating this Giving Tuesday in association with (RED). Snapchat has created its first-ever global filter that, when applied, will trigger a donation to the AIDS-fighting organization. Users will find that there are three (RED) filters, designed by Tiesto, Jared Leto, and Jimmy Kimmel. 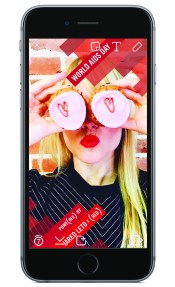 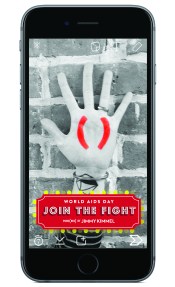 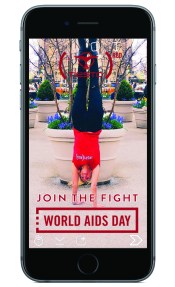 These filters will be available in all markets and will rotate throughout the day.

For 24 hours, every time any of these filters are used in a Snap, The Bill & Melinda Gates Foundation will donate $3 until $3 million has been raised. One hundred percent of the funds will go towards fighting AIDS — no overhead is taken by Snapchat.

Twitter isn’t shy about doing good in its community — it has a #Twitter4Good team dedicated to this cause. The company told us that its Neighbor Nest community space will hold Twitter 101 and 201 training classes for businesses in the mid-Market area of San Francisco, California. It also published an interview it conducted with the creator of the #GivingTuesday event, Henry Timms of the 92nd Street Y.

Although Nvidia isn’t doing a campaign like the ones listed above, it does have plans this weekend to replace its annual holiday party with time spent helping the community. The company said that its 1,500 volunteers will spend two days working to once again “improve key institutions in nearby low-income communities.” It’ll be targeting Sheppard Middle School and Painter Elementary School in the Alum Rock Union School District in East San Jose, California.

Although Adobe isn’t doing any public-facing campaign, it is looking to its employees to help make a difference. The software company revealed that it has partnered with Oxfam International to supports humanitarian efforts around the world. For every employee who contributes this Giving Tuesday, Adobe will donate $1,000 — up to $50,000.

When it comes to philanthropy, one of the most prominent companies is Salesforce. The Marc Benioff-led company has been encouraging founders and chief executives to not think only about their company’s financial bottom line, but also what legacy they’re leaving in the community. This leads to the 1 percent pledge that today has over 500 companies committing to it — 1 percent of employee time, equity, and product or profit goes back into the community.

This 1 percent pledge was started by Salesforce along with Atlassian, the Entrepreneurs Foundation of Colorado, and Rally for Impact in 2014 and has received the support of companies like AppNexus, Campaign Monitor, Twilio, Glassdoor, Hampton Creek, Lookout, Weebly, and even venture capital firms.

Munchery is doubling down on its year-long campaign to feed those in need. While the company already donates one meal to a local kitchen for every meal ordered, this Giving Tuesday, it’ll offer diners the opportunity to make donations directly towards a local food bank with each order. So not only will you be buying food for yourself, but you can help feed someone else too. 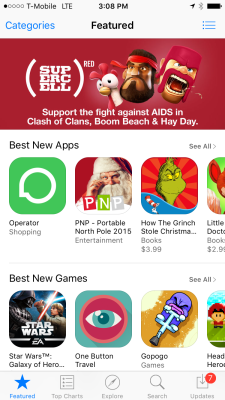 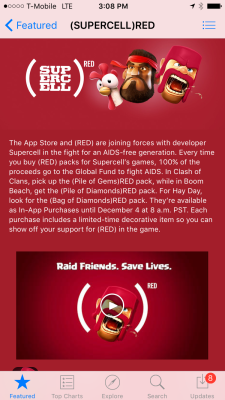 Apple’s App Store has partnered with (RED) and the developer Supercell to raise money to fight AIDS. Every time you buy a special (RED) packs for select Supercell games: Clash of Clans, Boom Beach, and Hay Day, 100 percent of the proceeds will go towards the cause. These packs will be available as in-app purchases until December 4 at 8 a.m. Pacific Standard Time. Each purchase will include a limited-time decorative item so you can highlight your support in the game.