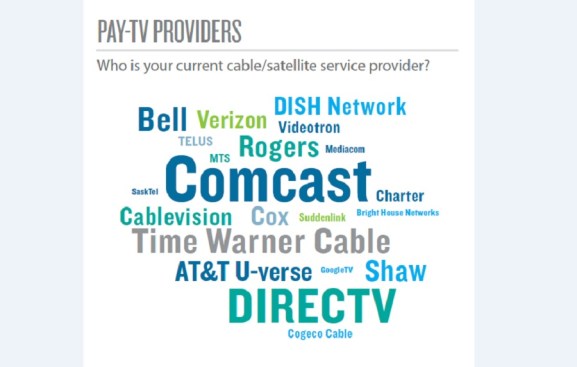 TV viewing habits are changing in the age of anywhere, anytime media. A survey from Tivo’s Digitalsmiths division shows the rise of tablet viewing, a decline in pay TV, and a boost in “cord cheaters,” or viewers who avoid cable subscription fees by using third-party Internet services.

The results show that traditional cable and satellite TV providers face significant competition from Internet-enabled digital entertainment companies that provide alternatives to hefty monthly subscription fees. About 61.1 percent of consumers are categorized as “cord cheaters,” or people who use alternatives to traditional pay-TV services. Of those who do not use pay TV, 19.3 percent cut cable in the last 12 months, and 45.1 percent use an antenna to access basic TV channels.

Some 55.1 percent also use an over-the-top (OTT) subscription service, such as Netflix or Hulu. Another 35.3 percent use a pay-per-rental service such as Redbox kiosks. 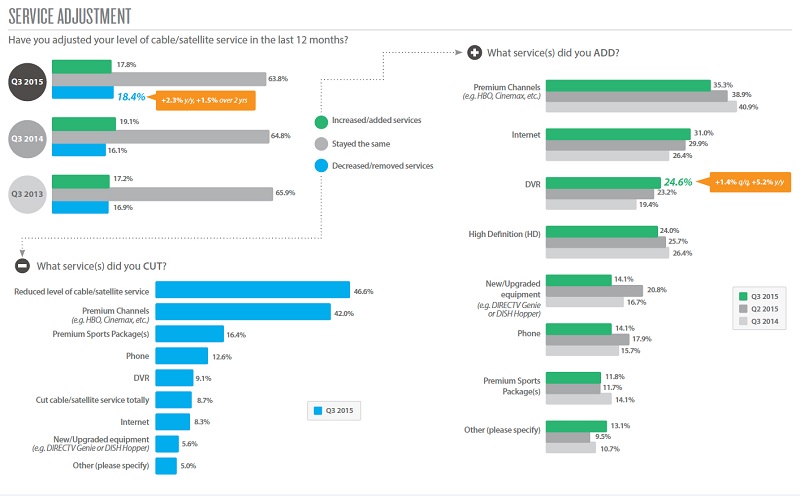 Above: Stats on why people are cutting cable and satellite subscriptions — or adding them.

Digitalsmiths, a Tivo division that provides discovery and analytics for top U.S. pay-TV providers, created the report based on a survey from 3,150 viewers. The data is part of Digitalsmiths’ Q3 2015 Video Trends report released today.

A strong 76.7 percent are interested in à la carte pay-TV services where they can select and pay for only the channels they want to watch. On average, respondents said they would pay $40.50 a month for an à la carte package that consisted of 17 or 18 channels. 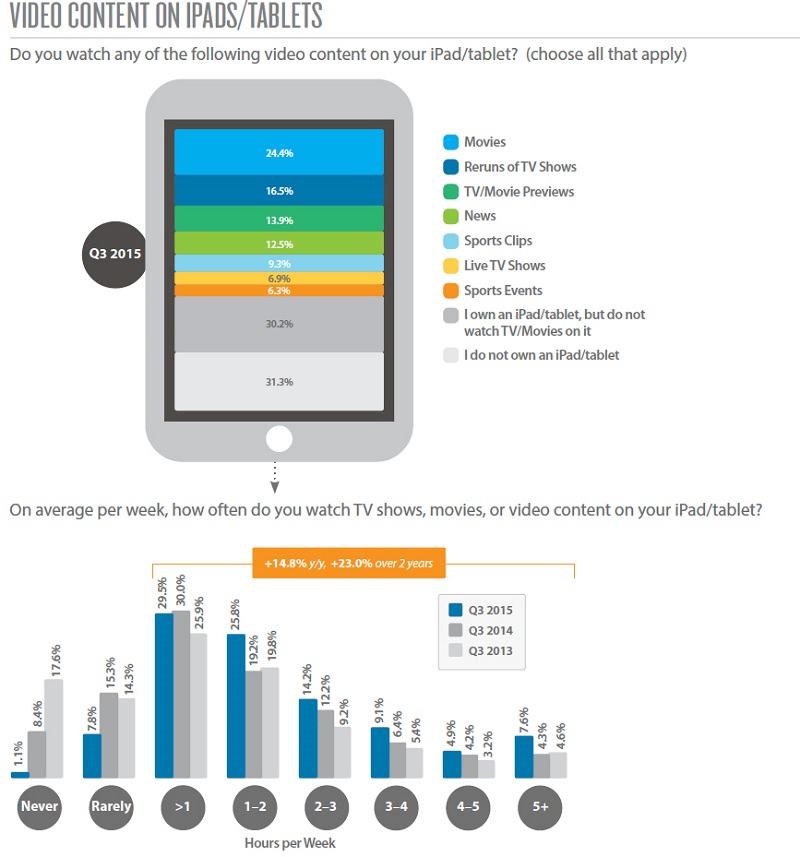 Above: People are watching movies more often on tablets.