Baobab Studios has raised $6 million as part of its plan to usher in a new era of virtual reality animated stories. The funding shows that VR is becoming a new entertainment medium that blends the film, tech, and gaming industries. 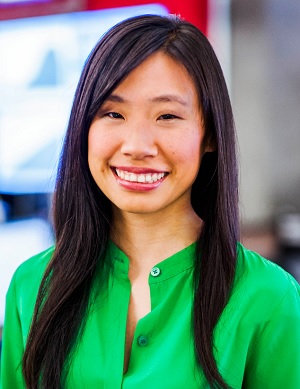 Baobab has made available a sneak peek of its animated VR film, “Invasion!,” as a feature on the Samsung Milk VR platform. It is viewable via the Samsung Gear VR, powered by Oculus.

The company was founded by Maureen Fan and Eric Darnell, who bring years of experience in gaming, animation, and story creation. Fan was vice president of games at Zynga, where she oversaw three studios, as well as the FarmVille sequels, which contributed to 40 percent of the company’s revenues. She was also on the production team for the 2015 Oscar-nominated animation short, “The Dam Keeper.”

Darnell worked at DreamWorks Animation, where he directed such movies as the “Madagascar” franchise and “Antz,” and worked as a story artist and lyricist on “Shrek.” These movies collectively earned more than $2.5 billion at the box office. The team also has experts in animation, production, and computer vision from DreamWorks, Pixar, and Lucasfilm.

“Our mission is to create compelling cinematic characters and stories that bring out the innate wonder in people and inspire them to dream of new worlds they never imagined before,” said Fan, chief executive of Baobab, in a statement. “With our investors, team, and partners, we have the foundation to become the preeminent animation studio for VR.”

Baobab plans to create more VR content for the Samsung Gear VR in 2016.

“Virtual reality is more than just games,” said Michael Yang, managing director at Comcast Ventures, in a statement. “In fact, content created for this immersive medium could very well be the killer app. Baobab Studios has the right mix of artists and technologists to harness the power of VR for unique animated storytelling.”

Baobab said it plans to work with HTC to distribute its movies in the coming year.

“Baobab’s has one of the strongest teams in VR,” said Phil Chen, chief content officer and founder of HTC Vive, in a statement. “Their combination of technology, creative storytelling, and business talent uniquely positions Baobab to become the Pixar of VR. We are excited to be working with them to make VR mainstream for consumers over the coming years.”