After about 100 hours between various versions of Fallout 4, I’ve put down the controller. And I don’t think I’ll ever want to pick it up to play Bethesda’s latest role-playing game again.

I knew this moment would come the first time I booted up Bethesda’s latest open-world postapocalyptic RPG. I dreaded it. But I knew my brain would inevitably flip a switch and say, “No more of this.” Well, it’s happened. I’m done with Fallout 4. My heart wants to go back, but I’ve seen too much — and my head won’t let me enjoy it anymore.

The problem? Well, the problem is that damned tilde and everything it represents.

I love Fallout 4. But that love has always existed in a very precarious position. That’s because the joy I derive from it comes from accepting soft limitations. To get the most out of it, I have had to agree to what I’m calling “the Bethesda contract.”

Fallout has a huge world with tons to explore. Bethesda has also layered complex, rewarding systems on top of all of that content. The result is that when you engage with the game in a sincere way — “as god intended” — it is wonderful.

You walk out of the Vault 111 and start your adventure, and every moment has something exciting. You stumble across a cool weapon. You learn how to use duct tape and hot plates (gimme that copper). Every minute empowers you to build out your character however you want.

What this design ethos does is imbue everything in the game with value.

The only thing that doesn’t necessarily fit this loop of “everything has a purpose” is the settlement-building minigame. But even that has its own kind of value. For one thing, it is an excellent exhaust system. If you grow even a little tired of the standard loop, you can build up your towns using all the things you’ve collected. On top of that, settlements give you a way to express yourself. Since Bethesda has not predetermined an explicit “right way” to do your villages, you can do whatever you want with them. Me? I went all Tony Stark:

But the interdependency of these systems is also Fallout 4’s weakness. Because if you pull back the curtain on any one part — if you see through it and decide that it is no longer valuable — the whole game falls apart.

That’s why the Bethesda contract is so important. You have to make a mental agreement between yourself and the game not to probe too deeply outside the confines of the world. If you do, you could end up like me.

And it is so damn easy to break the game. At any point, you can install a mod or press that tilde key and start entering console commands. Those things are fun in their own way, but they’re not nearly as rewarding as the vanilla game that Bethesda designed.

To truly enjoy Fallout 4 to, you have to agree to play on Bethesda’s terms. But once you cross the line — once you do the two or three steps to set your characters level to 100 instantaneously — there’s no going back. And I found that out the hard way.

So I started using console commands, and I’ve broken the spell.

In Fallout 4, and any Bethesda RPG, you can hit the tilde button (this thing: “~”) on your keyboard at any time to bring up the “console.” This pauses the game, and it gives you access to the code that controls everything in the world. Using developer-determined commands, like “TGM” (to activate “god” mode), you can instantly change all kinds of things about your game. Like I mentioned, you can set your character level as high as you want. You can make any NPC a giant. You can also warp to a room that has every single item in the game.

As you might imagine (or you probably know from experience), when infinite power is just a quick string of text away, it destroys the aforementioned precarious economy of the Fallout 4 experience. All of that value that Bethesda crafted through careful planning and fine tuning evaporates the instant you can set your character’s movement speed to an impossibly high number. Why would I ever care about tracking down armor that can make me run faster? Well, I don’t anymore. And I hate that. 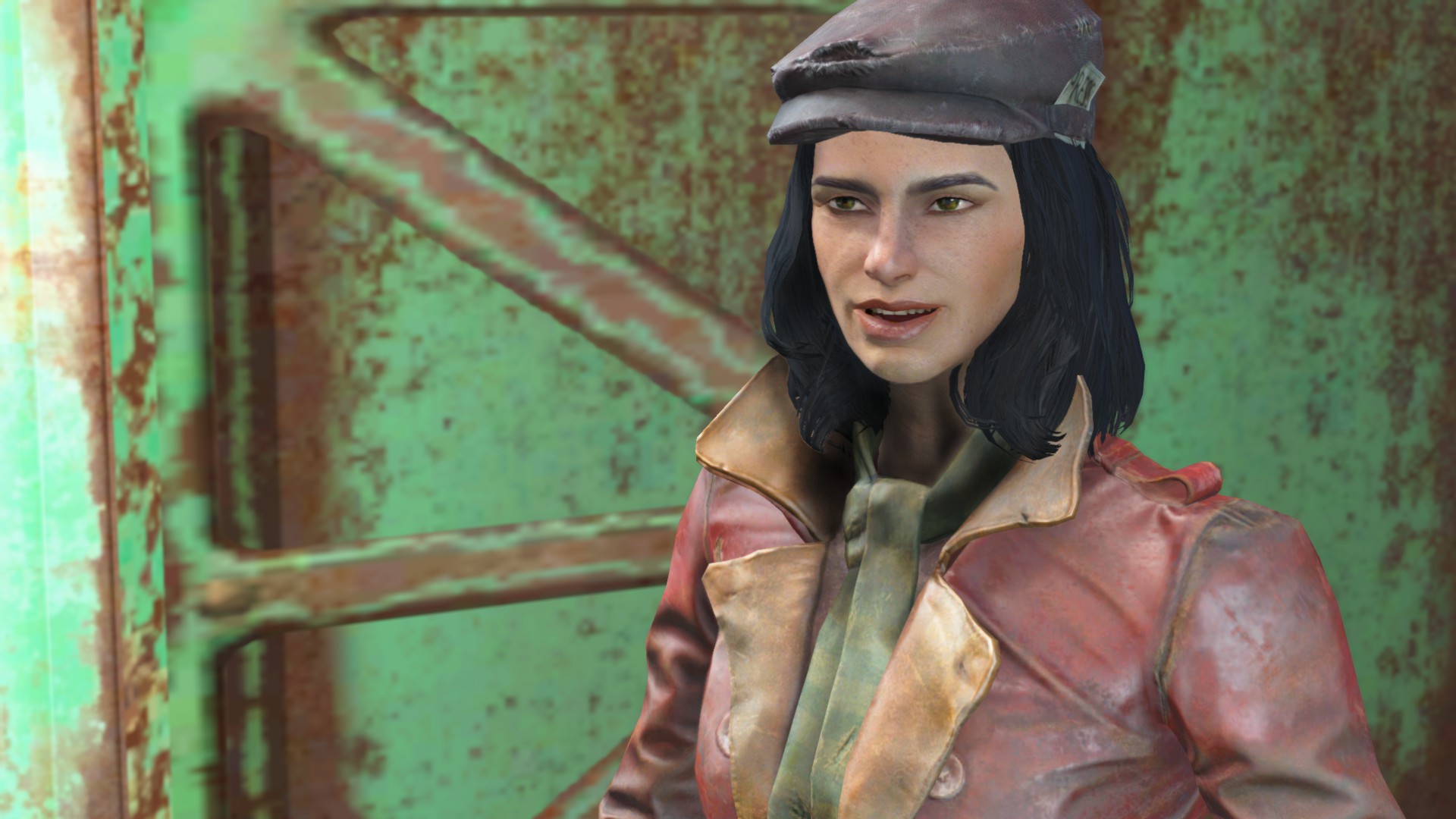 Above: I miss you so much, Piper. But I also don’t care about you anymore.

And the worst part of all of this is that it’s my fault. I was having fun! 100 hours into Fallout 4, and I was still having fun. But I couldn’t help myself. I wanted to see if I could make all of my companions fall in love with me using console commands, and now I’ve ruined everything else in the process.

The magic is gone, and all I have left is the empty feeling in my stomach.

Now, I don’t think this is a problem that Bethesda has to fix. I played the game for a long time before I gave in to temptation. I think that means that the developer has built something so rewarding that I didn’t seek a way around it. I was too entertained by the base game. That’s a testament to Fallout 4, but it also makes it hurt that much more to lose.

At this point, my hope is that I can step away from Fallout 4 long enough that I forget. That my mind scrambles the memory of seeing through the design. And maybe when the first expansion comes out, I’ll get back into it.

But I don’t think I ever will. It’s like the man says, “you can’t go home again.”