The first game that the Karlsruhe, Germany-based company will launch in North America is Hex: Shards of Fate digital trading card game. Campbell, the new senior vice president for games at Gameforge, will lead a restructured publishing effort in the North American market.

Gameforge has more than 450 million registered players for its games, but its audience is rooted in Europe. It has partnered with Hex Entertainment in Lake Forest, Calif., to publish the digital trading card game in North America and the European Union. 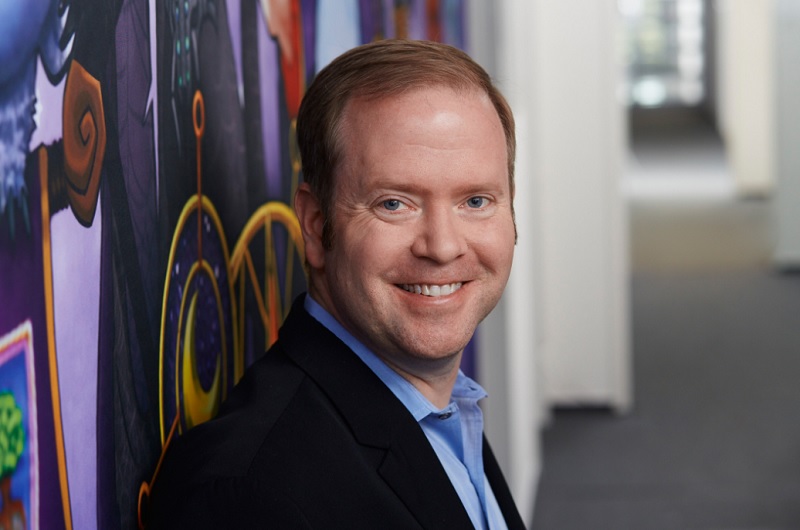 Above: Timothy Campbell of Gameforge.

Publication of the game had been held up after Wizards of the Coast sued Hex Entertainment and Cryptozoic for allegedly copying elements of best-selling card games Magic: Online and Magic: The Gathering. But the biggest money-maker in card games is Blizzard’s Hearthstone: Heroes of Warcraft, which has helped create a new, $1.2 billion category.

“2016 is going to be a really exciting year for us,” Campbell said in an interview with GamesBeat.

Gameforge has a portfolio of 20 games, and it had 450 employees before a recently announced restructuring. The company is streamlining both internal and external development efforts as it places a higher priority on the North American market. The latest move is all in the name of diversification.

“The companies that survive the longest are incredibly well diversified. They can ride out console cycles and taste cycles,” he said.

Campbell has already been at Gameforge for almost five years, and he has been a member of the executive board since 2014. He started as vice president of strategic planning, and he was most recently vice president of new products. Overall, he has 15 years of experience and has worked at places like THQ, Sega, and Atari.

“The journey for me has been trying to help the company develop a strategy for the types of games that we should bring into the portfolio,” he said. “We focus 100 percent on free-to-play, service-based games. We go about and securing those relationships, whether building them internally or working with outside publishers.” 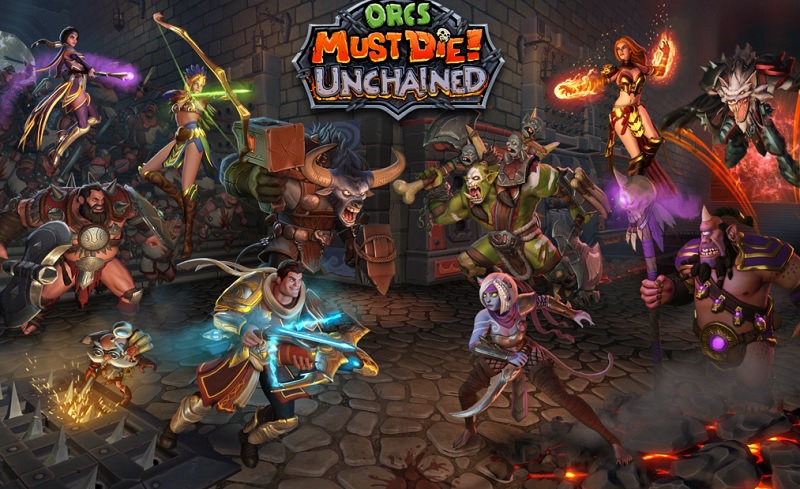 Above: Orcs Must Die! Unchained

Gameforge is working with Robot Entertainment to publish Orcs Must Die! Unchained in Europe. The company has also published client-based online games such as Wizard 101, Aeon, and Tera in the European region. That’s a long way from the company’s roots in browser games, and it has helped Gameforge become more diverse in its portfolio.

“In the U.S., the free-to-play revolution was led on Facebook,” Campbell said. “I was intrigued by what was going on in Europe and Germany in particular. That meant free-to-play games in the browser. The phenomenon started in Asia and it moved to Europe before the U.S. It was free-to-play, off Facebook, before mobile.”

Campbell said the company is working on high-quality games for the Western hemisphere, and it now has servers, payment providers, marketing, and other ingredients of the business in North America.

Other European game companies have tried big expansions, such as German rival Bigpoint. That company’s expansion in the U.S. didn’t go that well. Gameforge is starting with good games first, Campbell said.

“Americans have a lot of disposable income to spend on games, but they’re also demanding about what they spend their time and money on. There’s a higher barrier to entry. Rather than looking for an acquisition or being in too much of a rush and opening an office to make a statement, we’re trying to envision what we want to achieve and take the logical steps to get there.”

As an example, Hex: Shards of Fate is already operating in U.S. market with local servers, but Gameforge is bringing new features beyond the traditional player-versus-player gameplay. Then it will ramp up advertising and marketing efforts for North America. In 2016, Campbell said the company will make its first foray into the console market.