Few smartphones have had the long-lasting relevance that 2009’s HTC HD2 has demonstrated: Despite being released six years ago as a Windows Mobile-powered handset, the 4.3-inch device continues to encourage an active development community. In a truly impressive display from both device and developer, the HD2 has just seen the release of its first Android 6.0 Marshmallow ROM (via XDA portal), from XDA-Developers forum contributor and Senior Member macs18max. 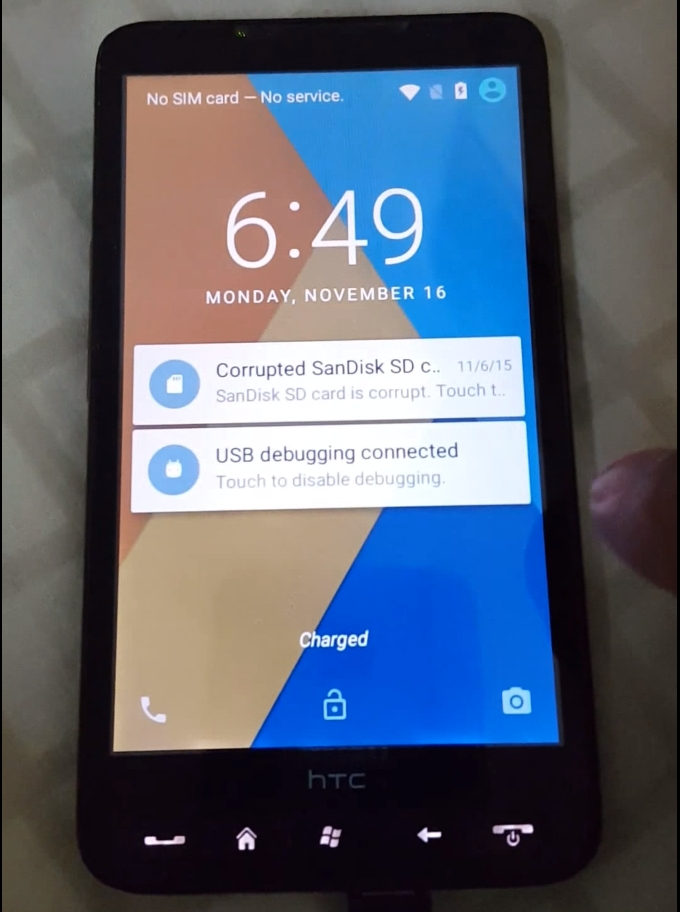 The franken-ROM is based on CyanogenMod 13, the first version of the popular third-party, open source platform to itself be based on 6.0 Marshmallow. Because CM doesn’t officially support devices that didn’t run Android out of the box, macs18max reportedly employed code from the Evervolv project — which aims to continue upgrading manufacturer-abandoned legacy Android devices — in order to shoehorn the CyanogenMod build onto the HD2.

As the project is still in a very early alpha stage, plenty of features are not yet operational, from basic phone and data functions to Bluetooth to most types of USB connectivity. However, very core features such as the display, Wi-Fi, and USB ADB mode work well enough to give users at least a taste of using the very latest Android version on their generations-old handsets.

Plenty of caveats and very specific instructions mean that this is a flashing job not suitable for inexperienced modders, but anyone who continues to maintain a working HD2 as we approach 2016 is probably the type of person who’s comfortable navigating the installation (and troubleshooting as needed).

Considered to be an absolutely gigantic handset at the time of its release (slogan: “Take the big screen with you”), the Touch HD sequel now seems humorously undersized (it’s 4.3 inches) compared to the nearly six-inch phablets that have come to dominate the smartphone landscape. Because of its relatively large screen, cutting-edge 1GHz Qualcomm-made processor, and between 512MB and a hefty 1GB of RAM, the Windows Mobile 6.5 Professional phone was a widely recognized hit for an HTC that had yet to reach its peak in the early years of Android.

In the years since its release, HD2 has managed to stay relevant, first being unofficially upgraded to Windows Phone after Microsoft’s 2010 mobile platform reboot. In subsequent years, not only has the resilient device been bequeathed with every major version of Android, it has also been flashed to more niche mobile operating systems like Firefox OS and MeeGo, and even traditional desktop platforms like Windows and Ubuntu.