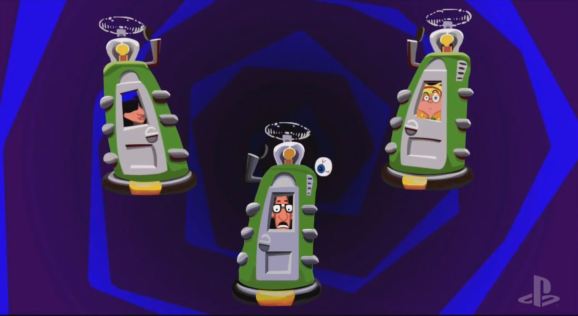 Tim Schafer from Double Fine Productions announced two remastered games will be coming to PS4 and PS Vita at the PlayStation Experience 2015 in San Francisco.

Full Throttle came out in 1995 and is set in a future world in the year 2040. The player takes control of Ben, a biker gang leader, on a mission to save the other members of his gang who were falsely accused of murder.

Schafer created the games while he was at LucasArts, the now-defunct division of Star Wars creator George Lucas’ Lucasfilm, which is now owned by Disney.

Double Fine also announced that a new game, Head Lander, will be published by Adult Swim in 2016 on Sony’s game platforms.