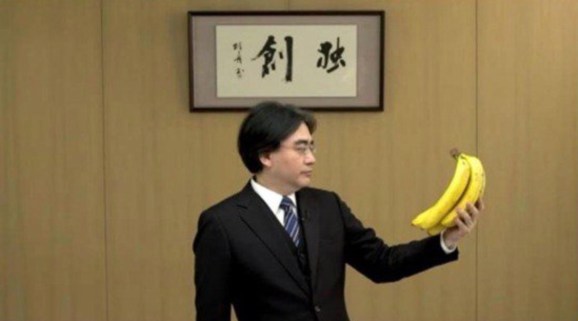 Iwata holds a bunch of bananas during a Nintendo Direct.

It’s December 6 in Japan, which means today is the birthday of former Nintendo president and chief executive officer Satoru Iwata, who passed away earlier this year due to a bile duct growth. He would have been 56 years old.

Iwata became president of Nintendo in May 2002 following the retirement of his predecessor, Hiroshi Yamauchi. During his tenure, he oversaw the launch of two of Nintendo’s most successful consoles, the Wii and the DS. He also helped create Nintendo Direct and Nintendo Treehouse, popular online events that allow the Japanese gaming giant to speak directly to its devoted fan base.

But, arguably, Iwata’s greatest contribution to Nintendo is the belief that games should be fun for everyone. That philosophy has defined the company in recent years, and it’s a legacy that Nintendo’s new president, Tatsumi Kimishima, will likely continue to uphold in the near future.

Nintendo of America president Reggie Fils-Aime paid tribute to his former boss and friend earlier this week during The Game Awards 2015, calling Iwata “fearless” and “unique in the fullest meaning of the word.”

“He always championed an idea he truly believed in,” Fils-Aime said. “And we all benefited. For Mr. Iwata, it was not enough to repeat the words of Nintendo’s mission, ‘to surprise and delight with the unexpected.’ He lived those words.”

So, raise some bananas and join GamesBeat in wishing Mr. Iwata a happy birthday.