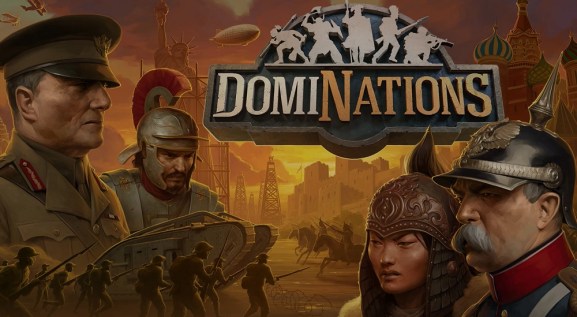 Since the rise of mobile RPG in the South Korean mobile games market, RPG games have been hugely active. It is no exaggeration to call the time the period of RPG. But more recently, the RPG-ruled market is seeing some change. Thirty percent of the top 10 sales list of Google Play Store saw games that weren’t RPGs as of June 10, 2015, but in four months (October 10, 2015), the share skyrocketed to 70 percent. That non-RPGs took more slots within top 10 signals the successful counterattack of non-RPGs by targeting users who wanted something different.

The recent report of Nasmedia, “How could they break the wall to the top that is dominated by RPG?,” found three factors behind the non-RPG success on the mobile games market.

Games that aren’t RPGs and based on famous IPs garner popularity and expectation even before their official release for their original work and the genre itself. So they see a leverage effect immediately after the release. IP is a magnificent tool in the initial marketing phase to secure preliminary awareness of users. Friends Pop, which is on the Kakao messaging app, is based on the Kakao Friends character IP widely popular in South Korea. More than 900,000 registered for it before its release. The popularity of this prelaunches helped it reach the No. 6 spot on the Google Play sales list. Thanks to such popularity, Kakao plans to launch its second mobile game based on Kakao Friends IP in the fourth quarter.

Nexon’s and Big Huge Games’ Dominations is a mobile strategy game that’s a take on the IP of the long-running Civilization series. Dominations, whose developers include the lead from Civilization II, simplified the series, making it more appropriate for mobile while adding more South Korean elements to further localize the game. Accordingly, Dominations ranks high on the Google Play sales list.

Recent releases overcame the limitations of existing mobile games to become more appropriate for the mobile environment both in terms of contents and control. 100 Shots 100 Hits for Kakao became the first success case of the previously feeble mobile FPS, gathering huge popularity and reaching the No. 4 top-grossing spot on Google Play as of October 23, 2015. The largest reason for its success is that it’s overcome the limitations of FPS on mobile. And by adding RPG elements, it achieved distinctive level of fun. A timely large-scale marketing campaign also helped it succeed.

Mobile games have become a big player in the ad market. In order to captivate users amid the growing number of mobile game ads, timely on/offline integrated marketing execution is important. Clash of Kings, one of the major success cases of marketing strategy, used singing idol Hani of the popular South Korean girl group EXID and executed large-scale online and offline marketing campaigns such as TV, subway, online, and mobile. In addition to these, more diverse marketing — a TV game program, events, and partnership with convenient stores — also played a well. As a result, the ranking went up to be within the top 10 most selling games.

Thanks to the strong performance of non-RPGs, more new releases in diverse genres such as FPS and MOBA are on the ready. Moreover, as South Korean game policy eases and the rising interest in Web board genre, major game companies such as Pati Games and Sundaytoz are preparing to launch games that aren’t RPGs as well. In this situation, more non-RPGs are expected join the higher ranks in the domestic market. How they will overcome the mountain of RPGs is also being watched with keen interest.

Nasmedia is the biggest media agency in South Korea, specialized in marketing mobile games on a variety of multiple channels such as mobile, web, outdoor, internet TV, promotion, viral, etc. The complete “How could they break the wall to the top that is dominated by RPG?” report is here.