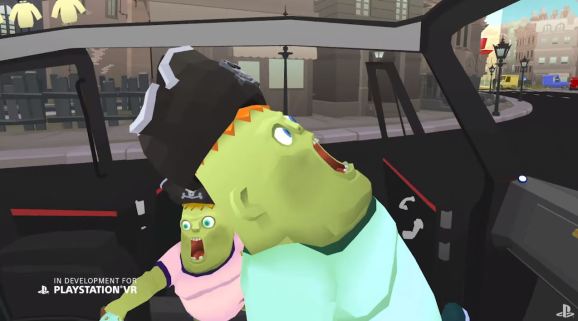 The first-person game will take the player inside a taxi to pick up zombie passengers and drop them off at their destinations. The trailer showed some insane driving around a city resembling London. It will be possible to throw the front passengers out the windshield, crash into other vehicles, and destroy the city’s environment.

The Modern Zombie Taxi Co. is set to come out sometime in 2016, along with the PlayStation VR device.