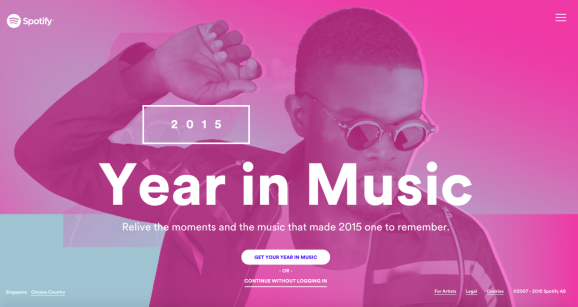 As the year wraps up, Spotify has a neat feature for its users: a personalized and interactive “Year in Music” that can be shared as snapshot-style cards across social media.

“To create your own Year In Music card, just select ‘Get Your Year In Music’ and sign into your account to see how and what you listened to this year.” It includes stuff like:

I gave it a quick whirl.

Once you sign in to your Spotify account on the Year in Music landing page on web, the first thing it does is generate the song you listened to most in January (what you “kicked your year off with”). In my case, that was “Brains Out” by Caotico. Be prepared for it to autoplay this track and others that follow in your browser (the pause button is down left).

And yes, it does, unsurprisingly, bring back memories. 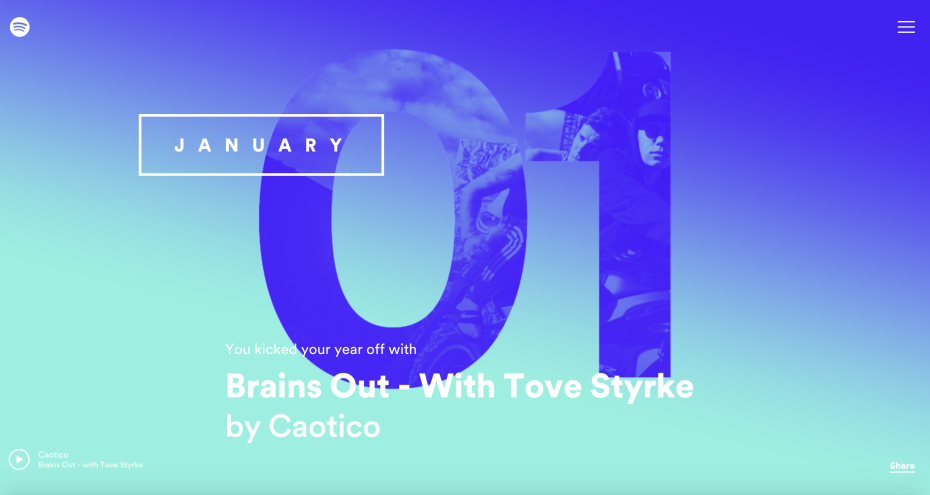 Scroll down, and the next page generated is the top five artists you listened to this year. That’s followed by the top five albums. (See next two screenshots.) 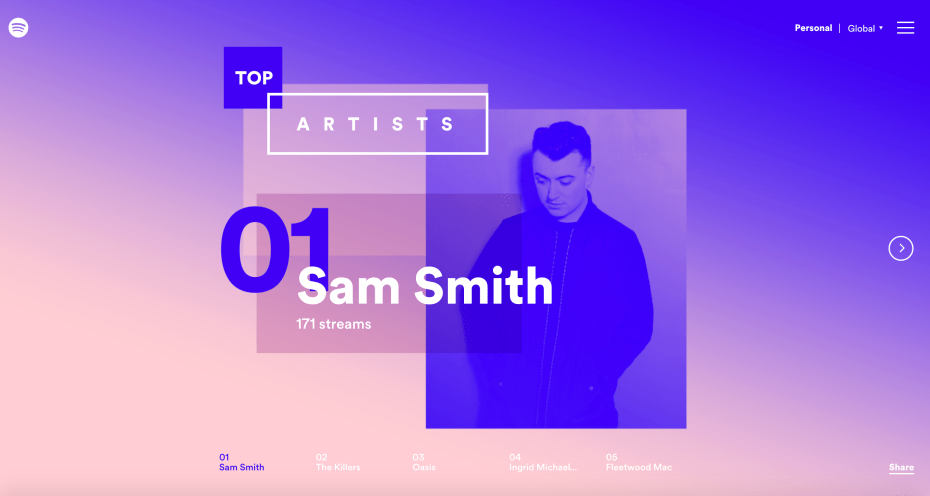 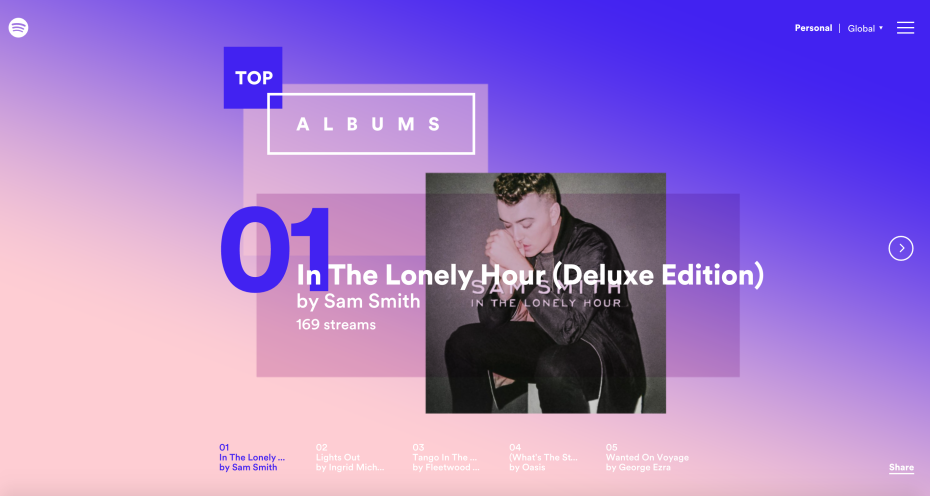 When I tried scrolling down to the fourth generated page, it froze and I had to reload the whole thing, but after a moment I was back. And, on the whole, the experience was pretty smooth and glitch-free. 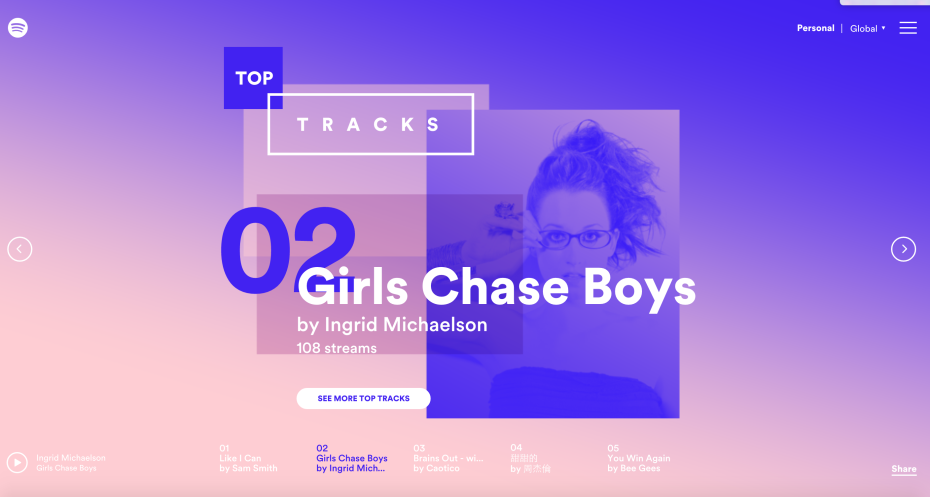 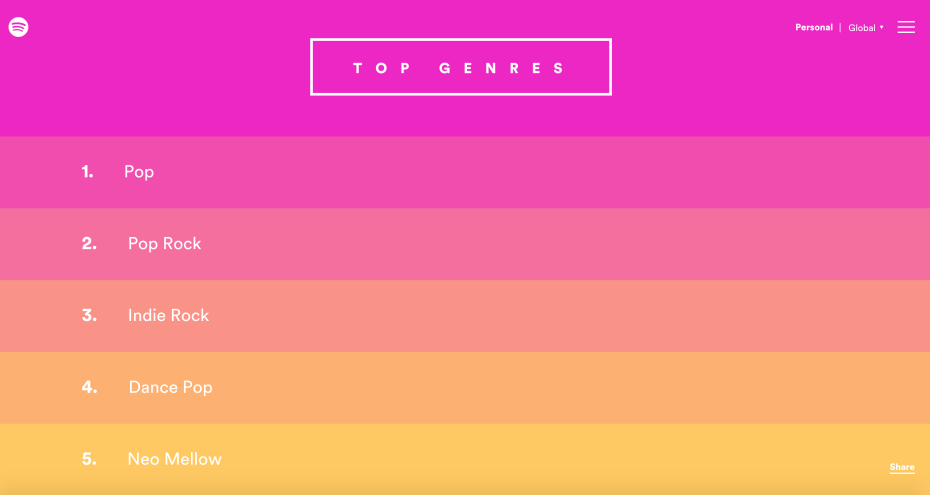 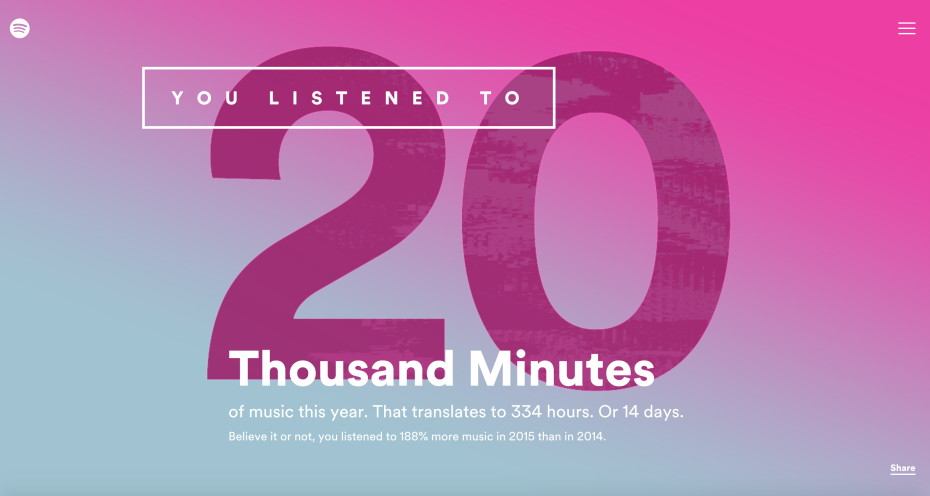 As you keep scrolling through, all the generated stats on each page are shareable on social media via the share button down right.

Spotify informs me that I’ve listened to 1,182 different tracks (128 more than last year). If you’re so inclined, you get the option to continue to scroll down to find out which artists you were listening to most by quarter (i.e. June to August). See the second screenshot below for that. 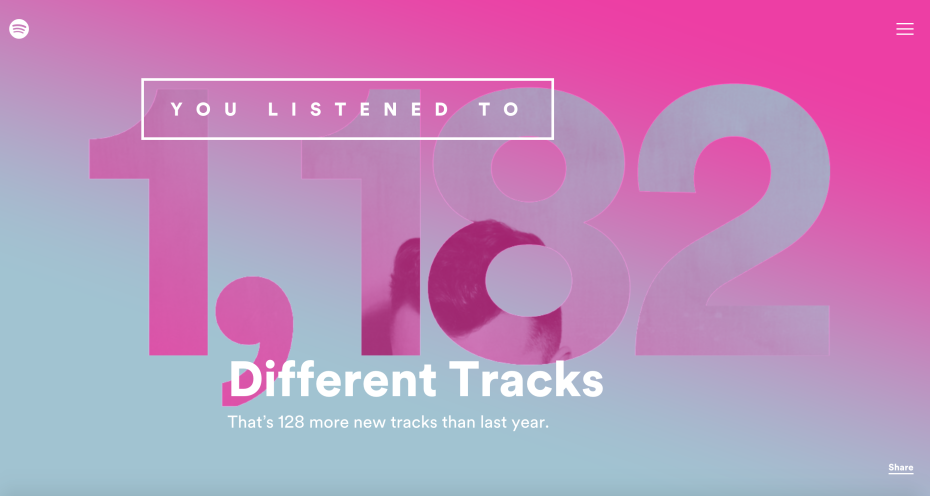 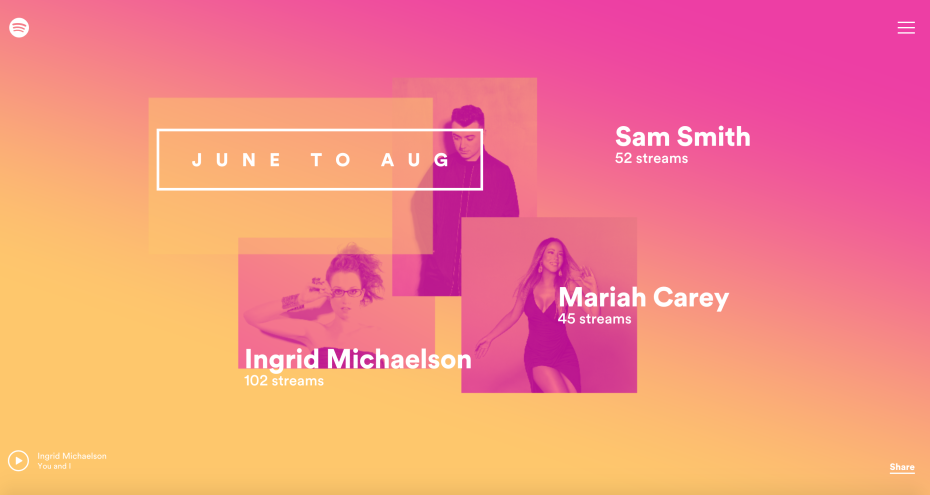 And how I “finished the year”: 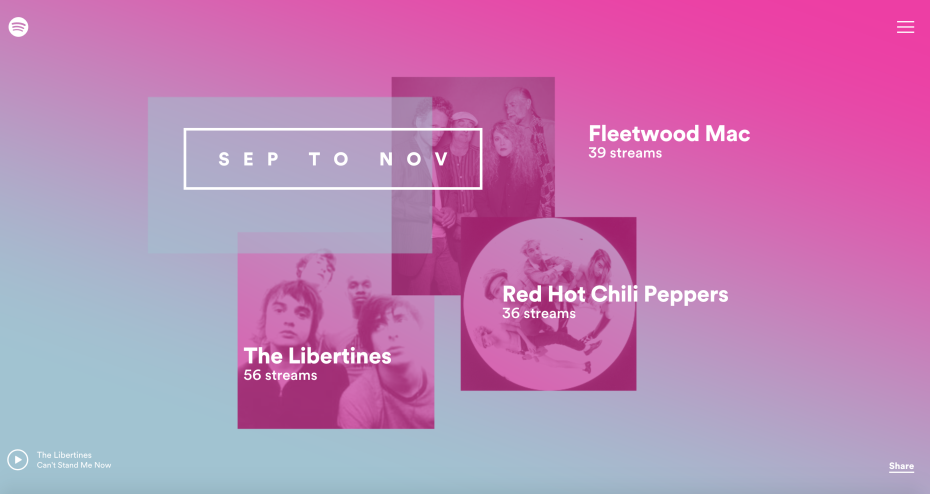 While the Spotify team acknowledges that 2015 sounded different to each of us, it also throws in some of the big global news stories (which it ties to its own curated playlists) that affected most of us:

“From the internet falling back in love with Missy Elliott at the Super Bowl, to same-sex marriage being legalized in the U.S. and Ireland, to man buns and selfie sticks exploding on the cultural scene, 2015 was a year to remember,” the Spotify team wrote in a blog post.

“Explore these and many other moments from the past year – and relive these memories through custom Spotify playlists.”

You can access those playlists at the end of your personalized Year in Music. I’ve included one example below; there are too many to screenshot them all. I think I counted something like 10 in all. Anyway, pretty cool to check out if you have some free time and are feeling sentimental — or just plain curious. Music is a wonderful thing in how it soaks up and stores our memories like water in a sponge.

Squeeze it and they all come running out.