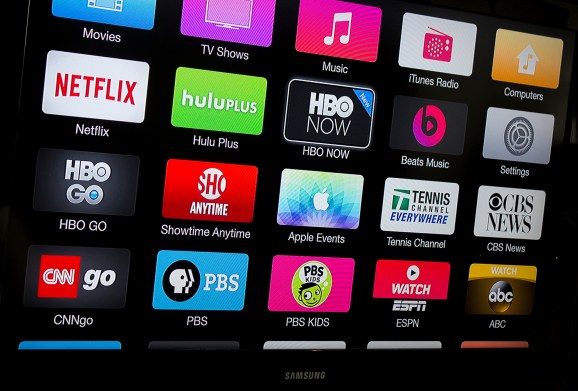 Apple has reportedly “suspended” plans to offer its own video subscription package along with Apple TV.

The company will instead use the Apple TV app store as a place where media companies can sell content directly to consumers, says a report Tuesday from Bloomberg, citing a single, unnamed source.

The company was, not surprisingly, unable to reach deals with video content owners to offer a modest video package for $30 to $40 per month.

Video content owners like Viacom, CNN, NFL and the networks are notoriously tough negotiators when it comes to licensing. Apple no doubt sought to negotiate favorable terms based on its platform’s huge potential reach. This worked beautifully for Apple with music, but the video owners are determined not to strike the same deal.

The Bloomberg report says Apple hasn’t completely given up on the idea of selling a content package. At least one content partner, CBS chief Les Moonves, thinks it’ll eventually work out.

Moonves believes Apple will eventually sell a package containing content from the four major broadcast networks and 10 cable networks. He estimates that the package will cost between $30 and $40.