Looking for new apps? You’ve got a few options. Almost 7,000 brand-new apps as of last week, in fact, on the iOS app store alone, and thousands more than that on Android. Many of them are games, and hundreds are Christmas-themed.

But none for either Hanukkah or Kwanzaa.

In fact, according to MightySignal, there were 6,824 new apps released on iOS during the Thanksgiving/Black Friday holiday week, down about 50 percent from the previous week. Over 200 of them have various Christmas themes, with the words “Santa” or “Christmas” in their names or descriptions. 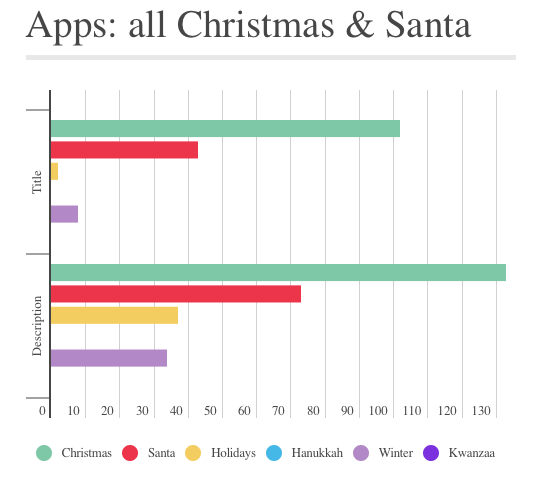 Zero, however, reference either “Hanukkah” or “Kwanzaa.”

Hanukkah, of course, is the Jewish holiday commemorating the rededication of the temple in Jerusalem thousands of years ago. Kwanzaa is a celebration of African heritage and culture at the end of every calendar year. There are existing apps for both of them (quite a few for Hanukkah; not so many for Kwanzaa), but no new ones last week.

Apparently, even app publishers need a holiday. Just as long as it’s not Hanukkah or Kwanzaa.

What else is big?

Well, games, of course. Games are the most popular kinds of apps in Google Play and the iOS App Store, making up about about half of all apps available, and the past week was no different. App developers released over 2,000 new games on iOS last week (and again, likely more than that on Google Play, which is bigger than the iOS app store, but MightySignal does not yet check and report on all new Google Play apps). 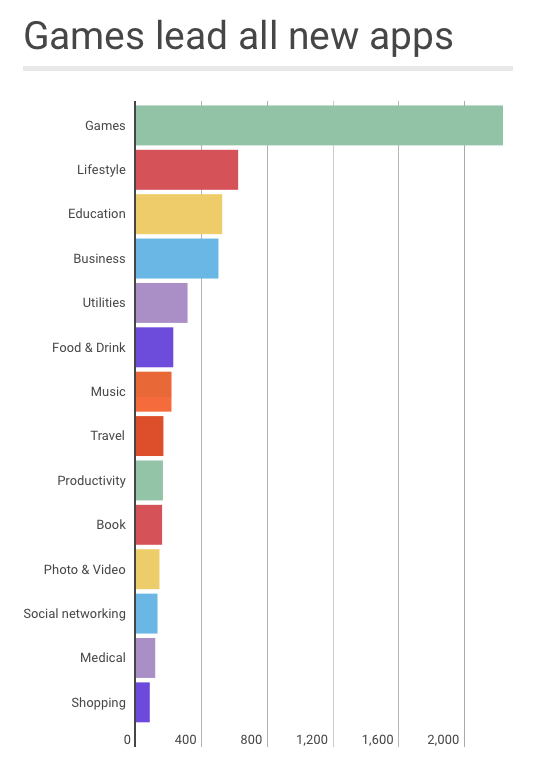 It’s not surprising that Lifestyle grabbed the number two slot: The category is particularly popular around holidays and vacation times, and it saw a huge amount of user acquisition activity around the Black Friday and Cyber Monday timeframe.