Google today announced Google Fiber could be coming to two of the biggest cities in the U.S.: Chicago and Los Angeles. The company is looking to build a joint planning process with each city’s leaders to roll out the $70 per month service.

More specifically, the Google Fiber team is inviting the two cities to explore bringing Google Fiber to their citizens. Like those before it, the two cities will complete a checklist of items to prepare them for a large-scale fiber rollout and break up the massive project into more manageable pieces.

That checklist (which includes examining everything from city infrastructure to topography) has been refined, Google said, to prepare for building its network to a combined population of over 6 million people. Chicago and L.A. are the two largest metro areas the company has engaged with to date, and it is hoping to woo the cities by saying they “can boost their creative cultures with Internet speed to match their size.” 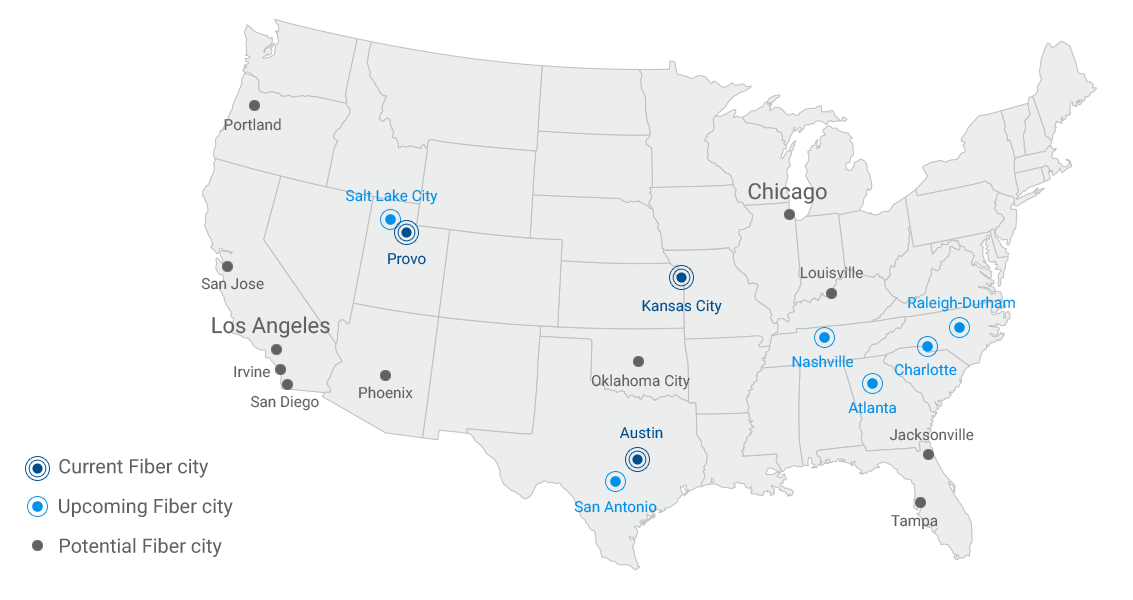 For those last 11 cities, nothing is set in stone. Google still has to complete the planning process and determine if they can become a Google Fiber city.

But Google really wants to bring these two big cities on board. It has individual pitches for each:

And of course, the other goal of the announcement is to get residents of these cities excited. That in turn will put pressure on city leaders to get on board, a strategy that has worked decently in the past, but has a lot more potential given the size of these metropolitan areas.