Chukong and Scientific Revenue are teaming up to help developers make more money.

Another day, another partnership in the mobile gaming sector.

But this alliance between Scientific Revenue, a revenue optimization company, and China’s Chukong Technologies, the maker of a popular game engine, could actually help game developers make more money without a lot of hassle. That’s important in the cutthroat mobile game industry, which is forecast to grow to $45 billion by 2018. 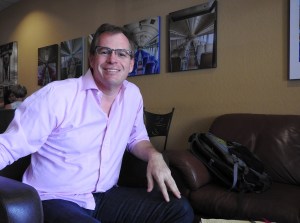 Scientific Revenue is going to integrate its service for dynamic pricing of virtual goods and revenue optimization into Chukong’s tools. Chukong is the owner of the popular Cocos2D-x mobile game engine, which more than 450,000 game developers use to craft 2D mobile games. Chukong is making something called SDKBOX, or a collection of precertified mobile services that work out of the box with Cocos2d-x.

The Cocos2d-x game engine has some big publishers: Big Fish, DeNA, Square Enix, Bandai Namco, Mixi, and Social Point. These have access to the freely downloadable SDKBOX, which makes it fast and easy for developers to integrate a precertified third-party software development kits into their games through a single, unified SDK.

“The problem is that developers have SDK fatigue,” Grosso said. “They have too many SDKs to manage. If one crashes, the game crashes. So game developers have to be diligent about auditing their third-party services so they don’t ship something bloated.”

Grosso’s company tweaks prices and maximizes revenue for companies, and that’s crucial because many studios and publishers are having a tougher time surviving because user acquisition costs are rising steeply for free-to-play games. A Harvard Business School study said that a 2 percent change in prices can lead to 10 percent more revenue.

As an example, many companies have a virtual currency that they sell for real money. That currency can buy a wide variety of goods in a free-to-play game. If a player has a history of spending a lot in games, you might want to offer them a $100 bundle for a lot of currency at a discounted price. But if a player is new or hasn’t spent much before, you might want to show them an offer of a $5 bundle.

In this case, both players could be paying different amounts per unit of virtual currency, just as airline ticket buyers might be paying unequal amounts for the seats on a given flight. Business travelers, for instance, will pay a lot of money for last-minute seats with a lot of flexibility for cancellation.

Chukong is taking the various SDKs and combining them into one “über-SDK,” Grosso said. “And it is tied to the Cocos2D-x engine, the No. 2 game engine in the world” behind Unity. Chukong does the quality control, tackling the problem of SDK fatigue head on.

Other services in the Beijing-based Chukong’s SDKBOX are Chartboost and Google analytics.

“Scientific Revenue’s dynamic pricing technology is a huge win for developers. We’re very pleased they are now pre-integrated into SDKBOX and can easily be added to any Cocos2D-x game or application.” said Kai Zhao, general manager for Chukong USA, in a statement. “Chukong has been working with Scientific Revenue for 2 years, and we’re excited to take the relationship to the next level.”

Typically, the vast majority of mobile game revenue comes from in-app purchases of virtual goods. But less than 5 percent of the player base will buy something. Scientific Revenue said it is integrated into games with more than 100 million total downloads.

Mobile games are forecast to become a $45 billion market by 2018. However, since the vast majority of revenue stems from in-app payments from less than 5 percent of the total player base, and payments vary wildly at different times in different parts of the world and from player to player, game studios leave billions of dollars on the table every year.

Grosso said Scientific Revenue has closed a lot of clients in the past few months.

Although the Silicon Valley area has seen a lot of layoffs among mobile game companies, Grosso said he believes that mobile gaming is still “incredibly healthy” as an industry. User acquisition costs are rising, but that means companies would do well to generate more revenue from their existing users.