Azubu has raised 55 million euros, or $59 million in U.S. currency, in a debt financing aimed at creating a livestreaming business based on esports. Pro gaming has become a big business, and Azubu believes it can be more focused on it than its bigger rival, Twitch, which was purchased last year by Amazon for $970 million.

Sherman Oaks, California-based Azubu streams live video of professional video game competitions, known as esports, to spectators. The esports market is expected to grow from $748 million in 2015 to $1.9 billion by 2018, according to market researcher SuperData Research.

Azubu is creating a global entertainment network where esports players and fans can broadcast their gameplay to spectators who want to learn from the pros how to play popular video games. The money comes from London-based Sapinda Group and Sallfort Privatbank of Switzerland. Ian Sharpe, chief executive of Azubu, said in an interview with GamesBeat that the money will be used to continue the startup’s global momentum and develop new products. 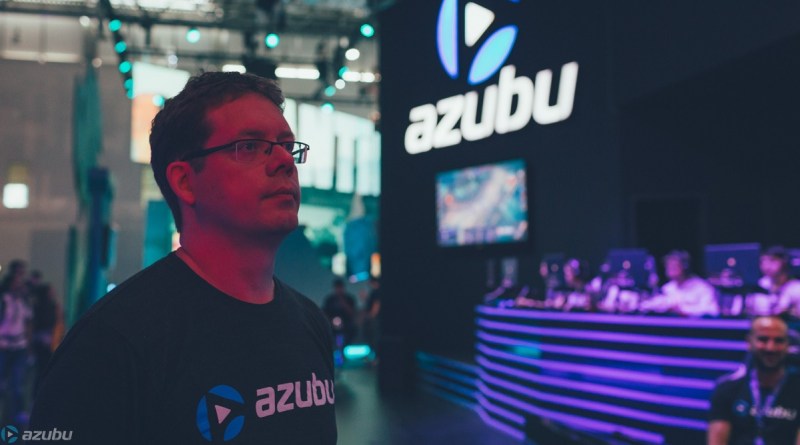 Above: Scene from an Azubu-sponsored esports event.

“The money will go to innovation around the platform, so we can provide the best user experience for broadcasters,” Sharpe said. “We want people to make a living at something they are hugely passionate about. This is an example of a rising tide lifts all boats. It’s a vote of confidence not just in Azubu, but in all of esports.”

Sharpe said that Azubu’s viewership has grown more than 1,200 percent in the past 12 months, thanks to exclusive partnerships with some of the top teams and players in the world.

Anyone can broadcast in Azubu. On top of that, Sharpe said that the company invests in its broadcasters with esports management, customer service, advertising support, dashboards, and minimum guarantees.

Azubu can make money in a variety of ways. Those include ad overlays that brands can run on top of broadcasts, direct donations to broadcasters from spectators, and sponsorship deals.

“We believe that the global eSports community deserves a broadcast and viewing platform that’s designed specifically for their businesses,” said Sharpe. “We are developing our technology in direct collaboration with the community and brand partners in order to provide the best possible, and crucially, most monetizable streaming experience.” 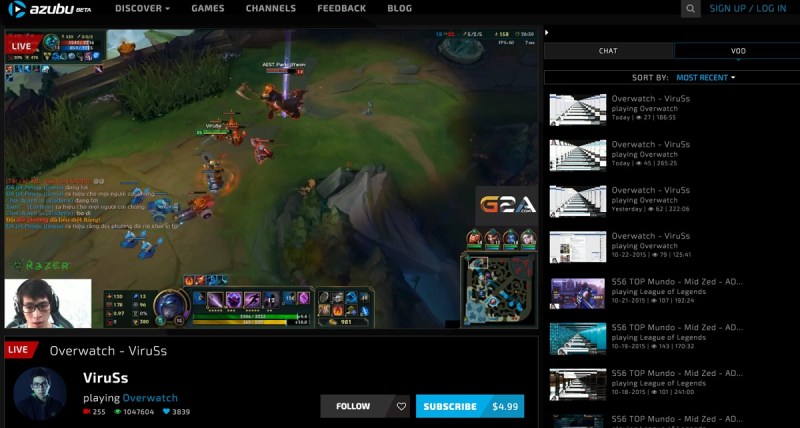 Azubu has exclusive partnerships with top esports teams such as KeSPA, paiN Gaming, Origen, and SKT T1. The latter has the superstar player Lee “Faker” Sang-hyeok in Korea.

“We are expanding operations in a number of new regions around the world and creating bigger and more content partnerships and corporate relationships, which we’re looking forward to announcing in the near future,” said Jason Katz, chief operating officer of Azubu, in a statement. “This latest round of financing will support our global growth and expansion into 2016 and beyond.”

Azubu recently launched the 3.0 version of its platform. And it said it was recently awarded the exclusive streaming rights for UOL BoaCompra’s eSports content in Brazil, including the XLG League. This long-term partnership calls for collaborative content creation, joint ads sales in Brazil, and media placements on UOL’s portal, Sharpe said.

“You’ll see a lot more come from us in 2016,” Sharpe said. “Our global presence has been our strength.”

Azubu was founded in 2011 and it has 75 employees. The company has raised $34.5 million to date. In the financing, Sapinda is issuing bonds that other high net worth investors can invest into.

“Azubu has built a best-in-class streaming platform which prioritizes premium eSports content,” said Edwin Eichler, CEO of Sapinda Group, in a statement. “This new round of funding underscores our commitment to Azubu as it continues to build the world’s most advanced broadcast network for the fastest-growing phenomenon on the planet — esports.”

Besides Twitch, rivals include Google’s YouTube Gaming and Hitbox.

“Twitch is generic gaming,” Sharpe said. “We are all about esports.” 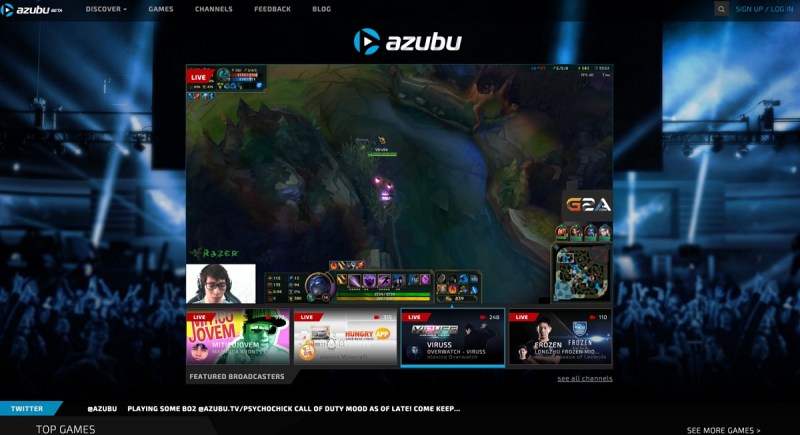