Following the test, Baidu is claiming to be “the first in China to have demonstrated full autonomy under mixed road conditions.”

Baidu started working on the technology back in 2013, and says it aims to map the majority of China’s roads with its own 3D mapping system within 10 years. That’s no small feat, considering the size of the country.

Tech titans, including Google and Apple, are known to be working on their own self-driving car technology, and Tesla chief executive Elon Musk took to Twitter last month to say he was looking for “hardcore” software engineers to beef up the company’s self-driving car software. 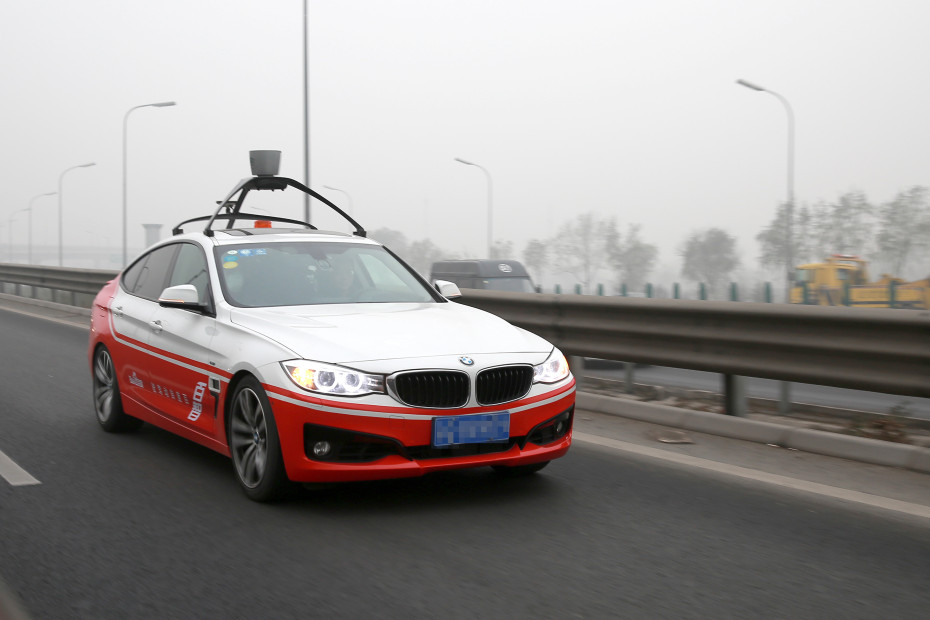 “The road tests were carried out under complex road conditions, and the Baidu vehicle — a modified BMW 3 Series — completed the tests by executing a comprehensive set of driving actions and accurately responding to the driving environment,” Baidu said.

It added that the car’s speed peaked at 100 km per hour during the test runs.

The vehicle managed to make U-turns, right and left turns, decelerate when detecting vehicles ahead, change lanes, pass other cars, merge into traffic from on-ramps, and exit from off-ramps.

While the technology is clearly starting to progress by leaps and bounds, I expect that China — like every other country — will take a good few years to mull over self-driving car regulations before the vehicles become road-legal and available to the public at large.

For now, a cool step forward for Baidu and China.