Sydney (By Byron Kaye and Colin Packham for Reuters) — Australian police raided the Sydney home and office on Wednesday of a man named by Wired magazine as the probable creator of bitcoin and holder of hundreds of millions of dollars worth of the cryptocurrency, Reuters witnesses said.

More than a dozen federal police officers entered a house registered on the electoral roll to Craig Steven Wright, whom Wired outed as the likely real identity of Satoshi Nakamoto, the pseudonymous figure that first released bitcoin’s code in 2009.

Locksmiths broke open the door of the property, in a suburb on Sydney’s north shore. When asked what they were doing, one officer told a Reuters reporter they were “clearing the house”.

A reporter who approached an office listed as the location of two of Wright’s registered businesses, DeMorgan Ltd and Panopticrypt Pty Ltd, in another Sydney suburb, was turned away by police with one officer saying: “There’s an operation going on at the moment, I can’t answer any questions.” Several police officers could be seen speaking with workers inside.

The identity of Satoshi Nakamoto has long been a mystery that journalists and bitcoin enthusiasts have tried to unravel.

The police raids in Australia came hours after Wired magazine and technology website Gizmodo published articles saying that their investigations showed Wright, an entrepreneur and academic, was most probably the secretive bitcoin creator.

Wright is the chief executive of Australian-registered DeMorgan Ltd, which he describes on his Linkedin page as “a pre-IPO Australian listed company focused on alternative currency”.

The Australian Federal Police (AFP) said in a statement that the officers’ “presence at Mr. Wright’s property is not associated with the media reporting overnight about bitcoins”.

The AFP referred all inquiries about the raids to the Australian Tax Office, which said it could not comment on “any individual’s or entity’s tax affairs” due to legal confidentiality.

Emails to various addresses listed for Wright did not receive a reply.

The Wired and Gizmodo investigations were based on leaked emails, documents and web archives, including what was said to be a transcript of a meeting between Wright and Australian tax officials.

“Either Wright invented bitcoin, or he’s a brilliant hoaxer who very badly wants us to believe he did,” Wired said.

Reuters could not independently verify the authenticity of the documents and transcripts quoted in the reports. 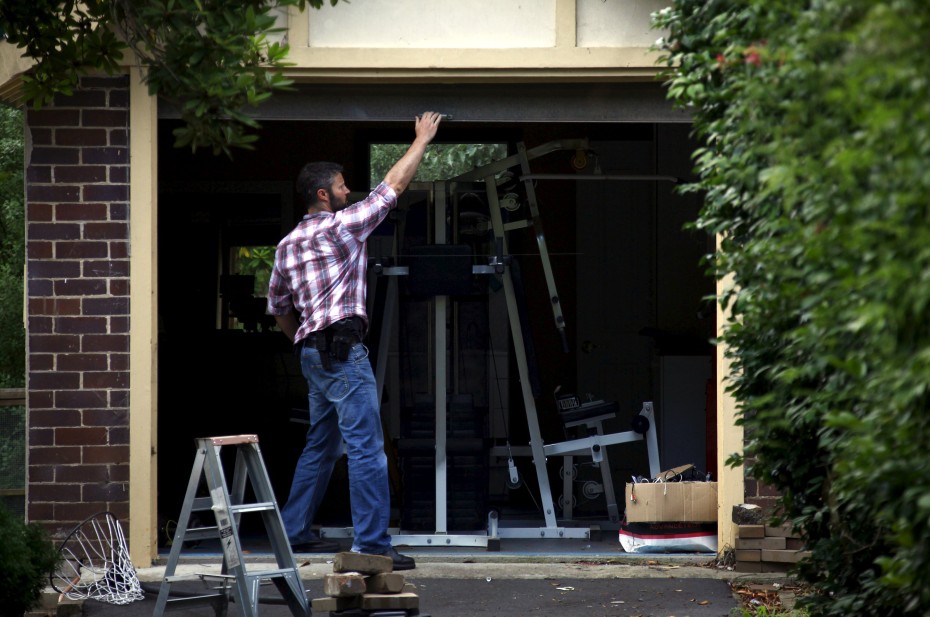 Above: An Australian Federal Police officer closes the door of the garage after searching the home of probable creator of cryptocurrency bitcoin Craig Steven Wright in Sydney’s north shore December 9, 2015

A man who identified himself as the owner of the house, Garry Hayres, told Reuters that Wright and his family had lived there for a year, and were due to move out on Dec. 22 to move to Britain.

Hayres said that Wright had a “substantial computer system set-up” and had attached a “three-phase” power system to the back of the house for extra power.

Police personnel at Wright’s office in nearby Ryde wore shirts tagged “Computer Forensics”. A fellow business tenant at the building, who declined to be named, said Wright had not been seen there in the past week.

Satoshi Nakamoto is the pseudonym of the person or group of people who authored the paper, protocol and software that gave rise to bitcoin.

The New York Times, Newsweek and other publications have guessed at Nakamoto’s real identity, but none has proved conclusive.

Newsweek identified a Japanese-American called Dorian Prentice Satoshi Nakamoto in March 2014, but he has steadfastly denied being the author of cryptocurrency.

Uncovering Nakamoto’s real identity would be significant, not just to solving a long-standing riddle, but for the future of the world’s most commonly used virtual currency.

Unlike traditional currency, bitcoins are not distributed by a central bank or backed by physical assets like gold, but are “mined” by users who use computers to calculate increasingly complex algorithmic formulas.

As an early miner of bitcoins, Nakamoto is also sitting on about 1 million bitcoins, worth more than $400 million at present exchange rates, according to bitcoin expert Sergio Demian Lerner.

The treatment of bitcoin for tax purposes in Australia has been the subject of considerable debate. The ATO ruled in December 2014 that cryptocurrency should be considered an asset, rather than a currency, for capital gains tax purposes.

Australia’s major banks announced in September they were closing accounts of bitcoincompanies, forcing at least 13 digital currency providers out of business in response to tougher rules on money laundering and terrorism financing.

A Reuters investigation in October found that Australian businesses were turning their backs onbitcoin as the banks’ move accelerated a trend by mainstream businesses to drop the currency.