But the app is dead on arrival because the experience is seriously flawed from the get-go. “You will still need a phone to complete the ride,” Microsoft said. Update: Microsoft has since backtracked on this. See below for details.

To be clear, Uber is now a universal Windows app. Uber may have worked on Windows Phone before, but now with Windows 10, the app works on smartphones, tablets, and PCs. If you download Uber from the Windows Store, you’ll get the same app, but it will adapt its user interface to your device. 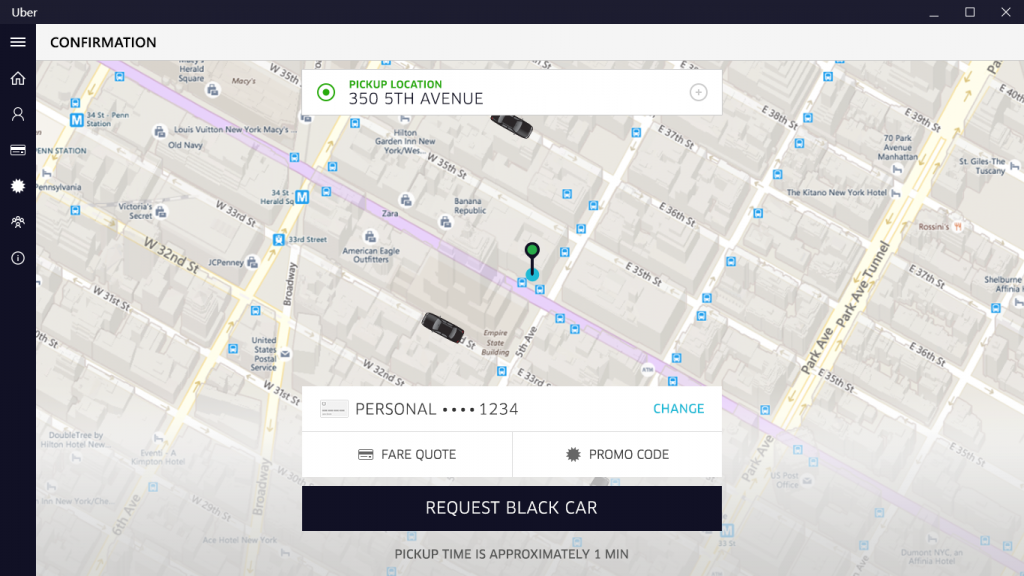 Furthermore, the new Uber app leverages Cortana. Just ask her: “Hey Cortana, get me an UberX to” and say the address.

Also, if you pin the Uber app to your Start menu on your Windows 10 computer, the Live Tile will display the estimated time it will take for your Uber to arrive. So instead of opening the app again, you just have to click the Start button. 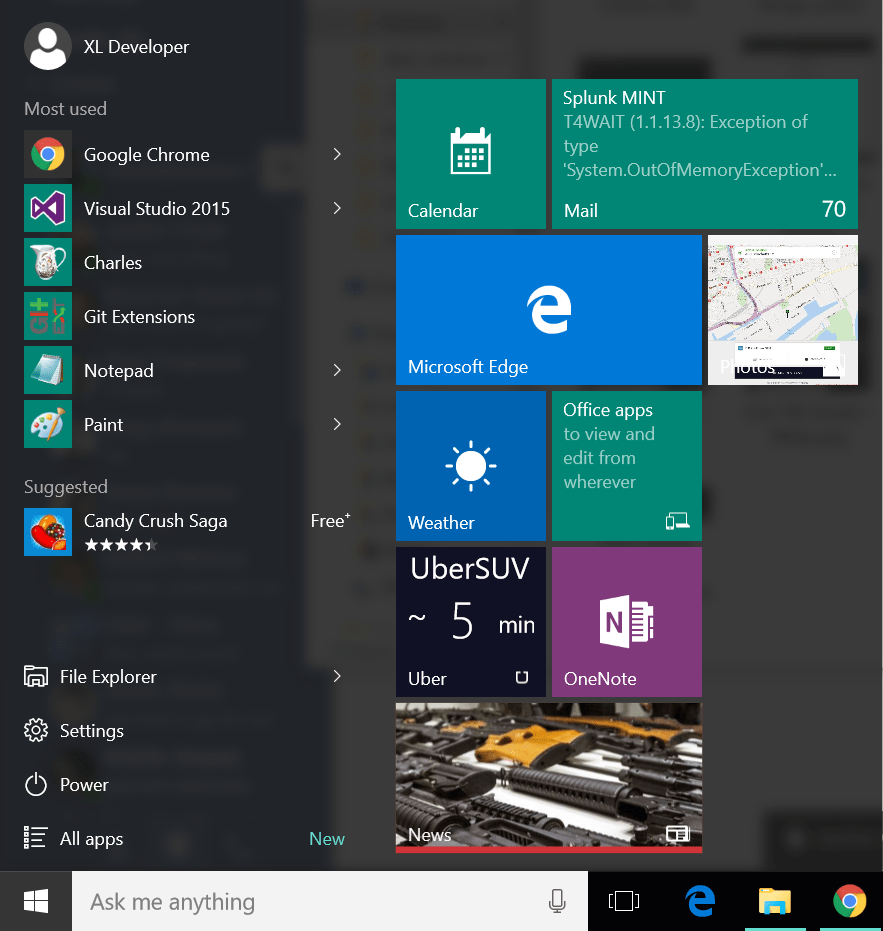 It’s a big win for Microsoft that Uber has decided to launch its first desktop app on Windows 10, and that it works with Cortana, but requiring the mobile app to complete the transaction is terrible. That’s probably Uber’s fault more so than Microsoft’s, but it’s still sad to see. Launching the mobile app should be optional — say, if you’re already in the car and want to see how much longer your trip will take.

Uber for the desktop is a very difficult sell. Even if you’re a Windows 10 Mobile user, why bother installing the Windows 10 desktop app if you know you’re still going to have to launch its equivalent on your phone? Few people will install Uber for Windows 10, and of those who do, many will soon realize that they would rather just use one app.

This launch perfectly exemplifies the difficulties of porting mobile-first apps to the PC world.

Update at 3 p.m. Pacific: It turns out you don’t need your phone after all. Microsoft’s statement now reads: “You can use your phone if you would like to contact your driver by call or text.” If you’re an existing user, however, the Uber desktop app will get you where you need to go.

You may be wondering where this confusion came from in the first place. Because you still need a phone number to sign up for Uber, the experience for new users is different than for existing users. I’ve asked Microsoft to clarify whether new users need to download and use the mobile app to sign up, or if they can just provide a phone number when signing up in the desktop app.

Update at 4:20 p.m. Pacific: Microsoft has clarified the details: You do not need the Windows 10 Mobile app (or any mobile app) to sign up. You can sign up for an account via the desktop app by simply providing a phone number. A verification text message will be sent to the phone number with a code, which you then enter in the desktop app.