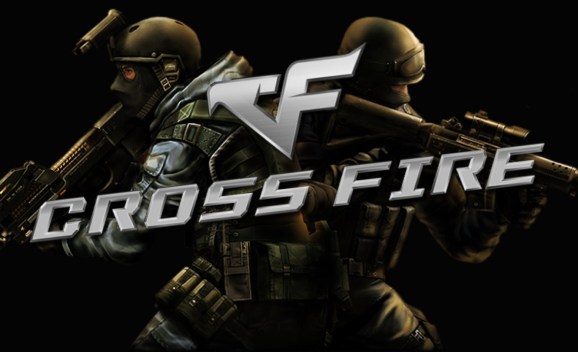 While developer Smilegate works on the sequel, it is finally updating the look of the original game for North American players.

One of the most played games in the world is getting some much-needed improvements.

Developer Smilegate is updating its free-to-play Cross Fire military shooter in North America. This 2.0 patch, which went live last year in China (yes, 2014!), ups the graphical quality to a level that is more acceptable in 2015. All of the stages now feature reworked textures that have more detail and look more realistic. Additionally, Smilegate has also improved the quality of the character models, added more guns and soldiers, and introduced new modes. All of this should give the game a more modern feel and help the game continue to generate a huge amount of revenue after generating around $1 billion per year in 2013 and 2014.

Analyst firm SuperData pointed out that Cross Fire is still the second highest-grossing free-to-play game in the world behind only League of Legends in October. Smilegate notes that it has racked up more than 400 million registered players and, at its peak, Cross Fire has had 6 million gamers all online at the same time. For reference, Valve’s megapopular Dota 2’s record for peak concurrent players is around 1.2 million.

This update comes to North American gamers as Smilegate is working on a proper sequel to Cross Fire in partnership with Chinese publisher The9. At the same time, Tencent — the publisher of the original Cross Fire — is working on its own military shooter that it will control completely, and Activision has released Call of Duty: Online in China as a way of capturing some of that market. Despite all of this, Cross Fire has kept a strong hold on its audience. And while North American and European gamers favor the Valve-published Counter-Strike: Global Offensive (which is not free-to-play), Cross Fire has found some success in the West over the years. And today’s update is about growing that.

Kang emphasized that visuals are better than ever, which is important considering the game looked dated. Check out our recent experience with it to see how crusty it looked just a few weeks ago.

But making changes is risky for a game this popular. We asked Smilegate about trying to balance improvements when it has such a large audience it could potentially alienate.

“When we set out to create the massive 2.0 update for Fire, ensuring the game retains the foundational gameplay experience that has made it the most-played FPS in the world was our top priority,” said Kang. “Thus, the focus of our edits are focused cosmetic updates that make the game look better based on current PC capabilities, as well as content that makes the game much more fun in a competitive setting. Thus, you’ll find the same game underneath it all, but with a fresh look, more guns to fight with, several new maps to battle on, and a new class of character that introduces close combat engagement.”

Kang explained that the 2.0 update was the result of years of feedback that the Smilegate team has gathered from the Cross Fire community.

The Smilegate developer went on to say that these changes and additions could make the difference in a competitive market like North America — even if the update is going live in this territory a year later than in China.

“We’ve been working really hard over the years to penetrate the North American market, and every little bit counts,” he said. “We want to show gamers worldwide, not just in North America, that we’re continuing to support this game by listening to their feedback and rolling out features and content that will make it better. Some of this is certainly driven by gamers in North America.”

Reminding fans around the world that Smilegate hasn’t abandoned Cross Fire is crucial to the developer. That’s because the studio will need all of the good will it can muster to migrate its mammoth audience of millions to the new game. Since Cross Fire publisher Tencent isn’t involved with the sequel — and is actively producing a competing product — Smilegate won’t have the option to tell people about the new game in the widely installed client for its predecessor.

“Cross Fire 2.0 and Cross Fire 2 are two different games,” said Kang, “although the Cross Fire 2 sequel that The9 will publish is based on the original IP, world, and backstory of the original. But continuing support on the original Cross Fire is amazing, considering the massive audience that we’ve built around the world. While The9 has secured rights to the sequel, we still have a big job to do keeping our current players happy with an awesome game that they’ve come to love for years now.”