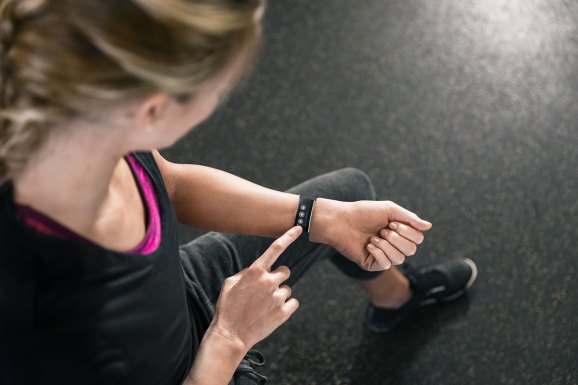 Microsoft is today introducing a handful of new features to its Microsoft Band wearable — it will now let you control your music, set up activity reminders, and more.

First announced in early October, the $249 Microsoft Band 2 is a follow-up to the original incarnation launched a year earlier. Featuring a curved display, the second version also offered a handful of improvements, including additional sensors, built-in GPS, UV monitoring, sleep-tracking, and notifications for calls and texts.

With the latest update, the Microsoft Band now displays song titles and lets you pause, play, and skip tracks, as well as adjust the volume. Microsoft says that any music app you use on your smartphone will work with the Band across Bluetooth, though the company also touted a partnership with Spotify, without going into any detail about what is special about their tie-up.

Elsewhere, the Microsoft Band is following in the footsteps of similar wearables by delivering activity reminders  — basically, if you’ve been sitting for too long you can now set alerts to remind you to get up and do something at pre-set intervals.

Elsewhere, Microsoft has also made it easier to choose your top exercises through the exercise tile, while the addition of the “What’s New” tile will now let you know when there are fresh updates for the Band.

With so many wearables on the market, it can be difficult to keep tabs on what’s what. As the Apple Watch lets users listen to music without the presence of their iPhone, it was kind of imperative that the Microsoft Band offer some kind of music-based functionality, too. That you still need to have your phone with you is not a major deal-breaker, given that most people tend to like having their phone with them at all times, anyway.