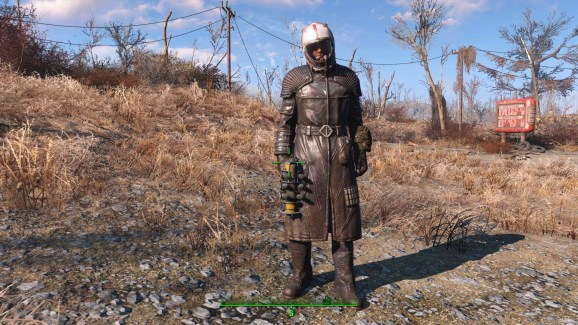 Correction: This article originally said that Wii U’s unit sales surpassed 11 million, but that’s not accurate. Nintendo has actually sold 11 million Amiibo figures in the U.S. I apologize for the error.

November is one of the two most important months for sales in the video game industry, and this year’s was a big one.

American consumers spent $2.47 billion on new game software, hardware, and accessories at physical retailers in the United States last month, according to industry-tracking firm The NPD Group. That is up 2 percent from 2014, when gamers spent $2.42 billion. Most of that growth came from hardware, which saw an increase in revenue despite price cuts. And those bundles that Sony and Microsoft hyped up all fall — well, those clearly cut into software sales.

Broken down by category, hardware sales were $1.12 billion, which is up 11 percent from $1.02 billion last year. Software clocked in at $993.9 million. That’s a 7 percent decline from the $1.07 billion new games generated in November 2014. Finally, peripherals and interactive toys — think games with action figures like Activision’s Skylanders and Disney’s Infinity — grew 6 percent to $357.7 million from $336 million.

But beyond the raw numbers, games were an even hotter item for gift buyers and deal seekers this year than last, according to NPD analyst Liam Callahan.

“According to NPD’s Checkout Tracking, video games increased its share of spend on both Thanksgiving and Black Friday [compared to] last year, making it one of the top-performing categories at retail over the holiday weekend,” Callahan said in a statement.

Before we take a closer look at software and hardware sales, we always like to point out how you should take in this data. NPD’s report is for new games sold at U.S. physical retailers. That means digital games, mobile, and GameStop’s second-hand market do not contribute to this report. With that in mind, it’s best to think of the NPD data as a snapshot of a broader, more dynamic market.

OK. Now it’s time to get to the game chart.

Rise of the Tomb Raider is not on this list. It’s one of the best games of the year. But this is more evidence of how much money you stand to lose by making a game exclusive to just one console.

Only one console-exclusive game charted in the top 10 for one of the biggest months of the year, and that was Halo 5: Guardians for Xbox One. PlayStation 4, which didn’t have many standout triple-A exclusives in the last half of the year, doesn’t have a single exclusive game on this list.

Forget the bad news, however, because even though software sales were down overall, that was mostly due to the Xbox 360 and PlayStation 3.

“November 2015 was the best month for Xbox One, PS4, and Wii U software ever, exceeding the second-best month December 2014, by 34 percent,” said Callahan.

And that growth came from a familiar title: Call of Duty. Publisher Activision’s annual military shooter game outsold even Fallout 4 — although, based on Steam’s usage data, the Bethesda RPG probably sold way better than Black Ops III on digitally on PC.

“Call of Duty: Black Ops III was the top title in November 2015 with sales exceeding that of its predecessor, Call of Duty: Advanced Warfare,” said Callahan. “Fallout 4 performed extremely well. Adjusting for days within the data month, this was the best Fallout launch in the history of the franchise having sold over 70 percent more units than Fallout: New Vegas and 9 percent more units than Fallout 3. In fact, Fallout 4’s launch is more comparable to Bethesda Softworks’ other successful launch of Elder Scrolls V: Skyrim.”

Interestingly, Black Ops III is one of the few games in November that sold better on Xbox One than PlayStation 4. This is probably because Call of Duty was always more popular on Xbox 360 than PlayStation 3 and that trend is continuing despite Sony’s comarketing campaign. But Sony also had a Black Ops III bundle, and those sales don’t count toward this list.

The rest of the list, which is mostly big-name sequels and sports games, all did better on PlayStation 4 except for Just Dance 2016 — whose lead platform for sales was Nintendo’s aged Wii console.

Another game that couldn’t outsell Call of Duty is the new Electronic Arts shooter Star Wars: Battlefront. It came in strong at No. 3 on the list, and it’s hard to see how it could’ve placed any higher. The anticipation for Fallout and the ceaseless power of Call of Duty is just too much to over come even for a game of this magnitude.

That’s most impressive, but this is a game that will need to have a strong December to really prove that it can live up to EA’s and analysts’ expectations.

Ubisoft is clinging on to the top 10 with two games in Assassin’s Creed: Syndicate and Just Dance 2016. The publisher is in something of a rebuilding year after 2014’s Assassin’s Creed: Unity disappointed fans with bugs and technical issues. But Syndicate is a fine game, and it’s likely a relief that it did so well. This could set the stage for 2016’s inevitable Assassin’s Creed sequel to perform much better in November of next year.

Finally, we have to point out that sports games keep on selling. Madden, FIFA, and NBA are take up the entire middle part of the list, and that says something about who is buying these consoles — and especially the PS4. While casual and children’s games always sell better on Xbox One than on Sony’s system, sports games do better on PS4. And they are on this list month after month.

And in the past, once that audience of sports gamers chooses a console, the momentum never flips back to the competitor in second place. PlayStation, PlayStation 2, and Xbox 360 each grabbed that crowd and they ended up winning their generations. It feels like we’re witnessing the same thing here with the PS4.

PlayStation 4 was the top-selling console in November, but the Xbox One had a strong month as well. Microsoft separately announced that this was the best November ever for Xbox One.

“November 2015 marked the best month ever in total unit sales when you combine Xbox One, PS4, and Wii U, surpassing sales of December 2014 and November 2014,” said Callahan.

And as with software, the sector is growing faster than it would first appear only because older systems are holding console sales back.

“Within console hardware sales there were dramatic differences by console generation as eighth-generation consoles, [which includes Xbox One, PS4, and Wii U] sales rose by 22 percent in dollars and last generation sales dropped by 76 percent in dollars, which is sharper than the year-to-date decline of 57 percent,” said Callahan. “In November 2015, eighth-generation sales had 93 percent share of overall hardware sales, a 9 percentage point increase from last November.”