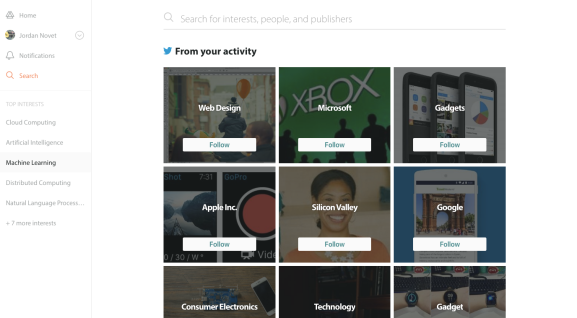 Prismatic on the web.

News reading app Prismatic today announced that it will be shutting down both its consumer-facing apps — for iOS, Android, and Web — and its Interest Graph application programming interfaces (APIs) for third-party developers.

“Four years ago, we set out to build a personalized news reader that would change the way people consume content,” the Prismatic team wrote in a blog post. “For many of you, we did just that. But we also learned content distribution is a tough business and we’ve failed to grow at a rate that justifies continuing to support our Prismatic News products.”

Prismatic had sophisticated intellectual property when it came to the natural language processing that it used to recommend articles to its users.

But the news app business is not always easy. Earlier this year, news app Circa shut down. (This week, news came of the acquisition of Circa’s technology by Sinclair Broadcast Group, but the app won’t be run exactly as it was before.) Meanwhile, news app Flipboard has faced some challenges this year (which saw the release of Apple News). Last year, CNN sold Zite to Flipboard.

Prismatic has a few ideas about how users can export their data.

“We recommend saving anything you want to remember by adding the story to Pocket, emailing it to yourself or copying and pasting the links into another document,” the team wrote in the blog post.

Earlier this year, TechCrunch reported that Microsoft could buy Prismatic.

Prismatic started in 2010 and was based in San Francisco. The startup took on a $15 million round of funding in 2012, with Yuri Milner and Accel Partners participating.