We’re about to see a surge in “autonomous devices” — devices that are aware of their environment, their state, and incoming data and that have the ability to learn and make decisions on their own.

By 2020, an estimated 50 billion devices will be connected to the Internet. Objects you’ve never even considered will become smart devices – dog collars, coffee makers, windows. That’s billions of devices and trillions of sensors, too many to manage through human manipulation or the stimulus-response commands of the past. It will become a practical necessity for devices to operate autonomously, and all the signs point to 2016 being the tipping point for the emergence of the Age of Autonomy.

I’ve been watching this space since 1994, when I first focused my attention on artificial intelligence, and the companies behind autonomous technology aren’t necessarily the big names you’re familiar with.

Here’s a handful of key players you’ll want to be aware of:

Called the intelligent Siri replacement, San Jose-based Viv is an intelligence platform that will soon connect millions of apps to its global brain. Viv has the flexibility to process complicated commands, countering the limitations of current voice-navigated systems, including predecessor, Siri, the voice interface that Viv cofounders Dag Kittlaus, Adam Cheyer, and Chris Brigham helped to create.

Viv is an open system, enabling businesses and applications to develop its brain. The engineers behind Viv have created it based on pillars, one of which is that it will learn something new every day. Viv’s founders would have you think of their artificial intelligence service as a utility, not unlike how you think about accessing electricity. Theirs will be a ubiquitous brain that powers millions of apps, devices, and machines simply through the human voice. The ability for devices to have a remote service providing this knowledge growth is one of the many autonomy trends we will see emerge in the next 12 months.

Similar to Viv and on its way to becoming a leader in intelligent language processing, Wit.ai software uses a voice interface to turn speech into actionable data for developers building applications and devices. The software learns human language as it goes, building an extensive natural language platform for its community of developers – a group of more than 10,000 users at present. Wit.ai is already making many things possible, from voice-controlled appliances, drones, and robots to automated homes. This Palo Alto company, backed by Andreessen Horowitz before being acquired by Facebook early this year, is making just another case that open platforms will rule in the Age of Autonomy. Given its initial traction, Wit.ai is well-positioned to deliver some practical solutions in the near-term, moving the needle forward. 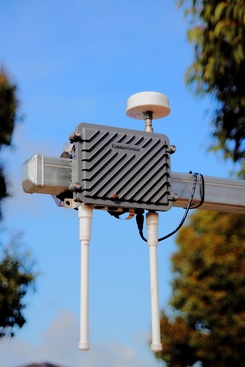 Above: Cohda’s Road Side Unit

With Cohda Wireless vehicle-to-vehicle (V2X) technology out of Australia, vehicles are able to communicate with each other as well as with smart road infrastructures to share information on safety, mobility, and the environment. Device self-recognition and collaboration with other devices and the environment will be a defining feature of devices in the autonomous space. Cohda Wireless communicates via cellular, Wi-Fi, and DRSC to reduce congestion and avoid accidents. This will ideally play a role in reducing the large number of injuries that occur in the United States each year as a result of roadway accidents. The company has also been involved in efforts to standardize car-to-car communication. These types of direct machine-to-machine radio technologies are key to supporting the inter-machine communication fundamental to optimized device awareness and autonomy.

Saffron technology, newly acquired by Intel, is spanning across industries, including aerospace, insurance, healthcare, and manufacturing to improve decision making. The San Francisco company was initially founded in 1999 by former IBM Knowledge Management and Intelligent Agent Center chief scientist Manuel Aparicio and is led by former PeopleSoft executive Gayle Sheppard. Saffron takes data from disparate sources and works quickly and intelligently through a contextual memory to identify thousands of connections. This type of intelligent 360-degree view is going to be the game changer for bringing real-time autonomy to the device. Intel’s focus on baking this type of intelligence directly into its chips suggests that the future may allow devices to do the bulk of their learning and decision-making on board, without having to engage outside services.

IBM’s Watson Developer Cloud already boasts the industry’s largest portfolio of cognitive APIs. Developers can bring their own data and engage with others to gain insights, extract value, and enhance learning. Its natural language processing, computer vision, and cognitive capabilities create an ideal platform for intelligent apps. Like many of the aforementioned companies, Watson is tearing down information-sharing barriers. Watson partners have the ability to tap into IBM’s resources as well as collaborate with communities to build platform intelligence. While the current Watson AI-as-a-Service offerings are somewhat specific, IBM is systematically extending its solution set, addressing sophisticated autonomy problems one at a time.

Above: IBM Watson Developer Cloud powers a number of applications, including News Explorer, which automatically constructs a news information network and presents large volumes of news results in an understandable way. 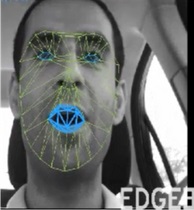 Above: Edge3 can track and map a driver’s face.

Edge3 Technologies out of Tempe, Arizona, is a vision-analytics company that develops software for the future of self-driving vehicles. The technology monitors, tracks, and maps the behavior of drivers and their passengers to verify identity, levels of awareness, and heart rate, among other variables. These factors will enable semi-autonomous driving to occur, while ensuring car operators are attentive and capable of decision making necessary to operate self-driving cars. No special hardware is required. In fact, according to Edge3, technology as simple as 2D cameras will have the ability to apply its technology. Edge3’s potential goes beyond self-driving cars and into robot control and object dimensioning. It is this reach and application beyond vehicles that can bring sophisticated autonomous action to the broader device world.

B+B SmartWorx hardware provides the infrastructure for machine-to-machine networks. With the capability of integrating existing equipment and network technologies, B+B SmartWorx products enable networks to adapt and evolve into smarter, more autonomous, responsive, and decisive systems. Unlike large packets delivered by Ethernet hubs, B+B SmartWorx hardware aggregates and transforms data at the edge so it can intelligently and efficiently transmit data only where is it needed, contributing to the information highway just what is necessary to execute autonomous actions. Sophisticated networks with industrial applications like this will be instrumental, as many companies will be moving data between devices, appliances, and clouds. B+B Smartworx equipment is certified for UL Class 1/Division 2 hazardous locations, offering one of the few affordable, off-the-shelf solutions to connecting fringe devices and machines. 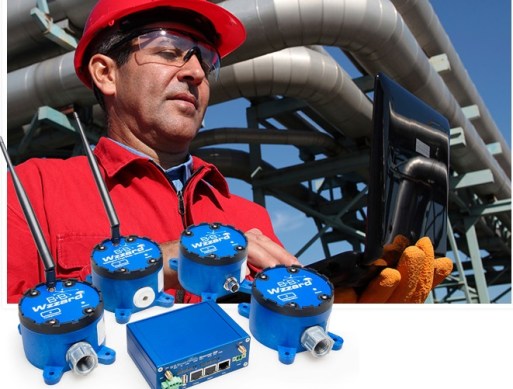 Billed as an easy interface that lets users build networks without needing to become experts in the fine details of IT, Filament lets users deploy a wireless network at a range of up to 10 miles that can be integrated into individual hardware for projects. These networks work without dependency on Wi-Fi or cellular connectivity. Users can also monetize filament networks by selling access to their networks and devices via the Blockchain and digital smart certificates, while ensuring their own data remains secure. The makers of this Reno, Nevada-based company are thinking big – smart cities powered by their encrypted networks. This type of low-power autonomous mesh networking technology could be key to machine autonomy, which will require cross-device awareness.

Craig Macy is CEO of Onstream, a software company that provides real-time reasoning and autonomy to smart machines. He has spent nearly two decades serving in a variety of technical, managerial, executive, advisory, and principal roles throughout the high-tech sector.