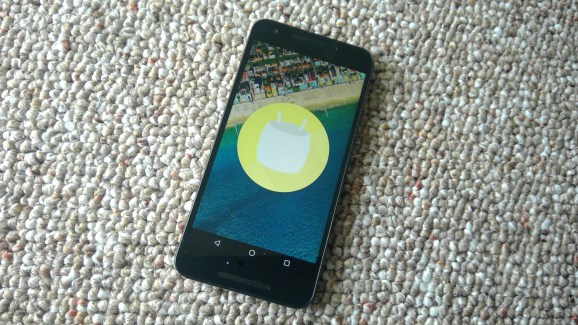 Android Marshmallow on a Nexus 5X.

Google has begun circulating an updated version of Android Marshmallow that solves an odd problem some users have been experiencing: the clocks on their devices have been running more slowly than they should.

The bug caused some people with Android devices running 6.0 Marshmallow to stop trusting their phones when it came to alerting them to alarms and calendar events. And that’s not cool.

I received the over-the-air (OTA) update, of Android version 6.0.1, on a Nexus 5X yesterday. Other devices running Android Marshmallow should have gotten it by now or should be getting it soon. But the screen about the update hides the bug that this release is fixing.

In a post this morning, Android Authority notes that the Android update fixes Issue No. 189789 for the Android open-source project, which was first opened on October 13. Someone first posted about the problem in a Nexus device forum on October 8, just three days after Google started sending out the official Android Marshmallow release to Nexus devices.

Some people have reported that the OTA update has fixed the problem — but others still think their clocks are running behind. In any case, yesterday the issue was closed.