It’s tough being a teacher. Kids have so many distractions in their lives, and it’s getting harder to engage tech-savvy students with more traditional subjects.

Elizabeth Box was struggling with engagement in her seventh-grade civics class in Okeechobee, Florida — the third-poorest Florida county, with a quarter of the population living below the poverty line. “I just started noticing a steady decline in kids’ engagement,” Box told me in a recent call. “They didn’t care. They were failing and they didn’t care. You called their parents and they wouldn’t care. I knew i had to do something; everything that I was doing wasn’t working.”

Instead of giving in, she dug around online and found the inspiration — via Chris Aviles’ Teched-up Teacher blog — to make her class into a video game.

Now Box no longer lectures her students — they come into class, log straight into their Chromebooks, and head off on their personal quests. This revolutionary approach to teaching has had a remarkable effect in her classes, raising the assignment-completion rate from just 30 percent to 100 percent. Every one of her kids gets their work done, every one logs into the game outside of schools hours, and every single one is passing her civics class.

Box spent an entire summer building the game that’s now the backbone of her civics class. It’s set in a dystopian future where the United States has been destroyed. Box’s pupils have the task of putting it back together, taking on quests that link to the State Civics standards.

Box built the game inside the Schoology learning management system, which allows her to pull in videos, information, and mini-games to sit alongside her own bespoke game content. Box can keep track of how her pupils are doing while they concentrate on beating the quests in front of them at their own pace, earning experience points and rewards along the way. 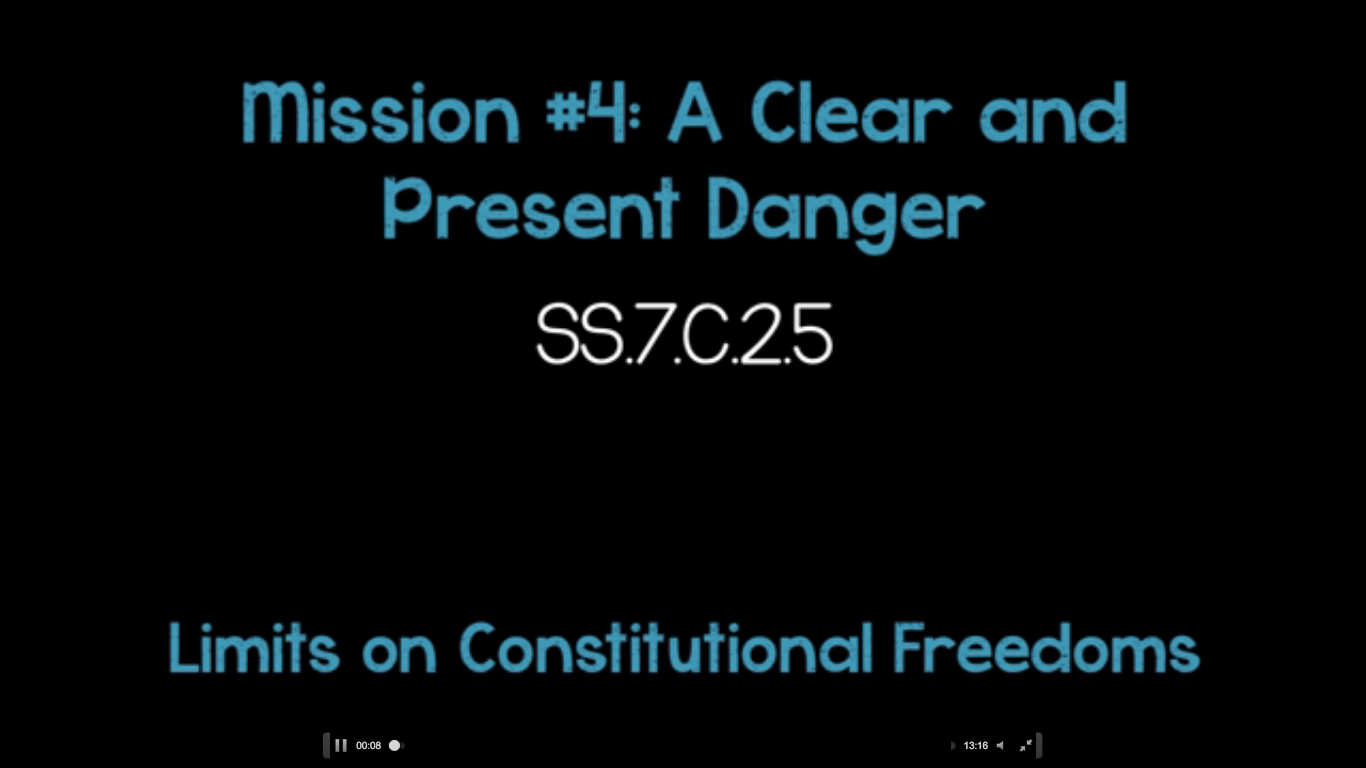 Above: Time for a mission.

The majority of Box’s day-to-day work is now as a facilitator, helping direct kids if they hit a brick wall and making sure quests (assignments) are marked and returned quickly to maintain that game feel. It’s different to the didactic approach still seen in many classrooms, and it’s kind of scary for some teachers looking in.

“I do no direct instruction whatsoever,” said Box. “I’m never up at the front of the room talking to everybody. When I see they’re having difficulty, I step in and say, ‘Hey, why don’t you try this instead … why don’t you read this?’

“A lot of teachers struggle when they come into my room and see what I do. They just really can’t wrap their head around it because in the traditional sense I do not teach. I never give a lecture; I never do anything like that. But I feel like this is 10 times more effective because my kids are way more engaged.”

By making her class into a game, Box has engaged kids that previously didn’t care. They love competing on the class leaderboard, battling with their peers to get ahead. And they love buying items like emojis in the item store. “They’ll send me a message saying, ‘Please send my friend a heart.’ Then I have to send their friends a heart emoji, which they think is the best thing in the world,” Box said. “If it works for them, it works for me.

“Kids that are constantly in trouble, kids that have failed, kids that have learning disabilities, they flourish in my class. And when you look at my leaderboard and the top ten, about half of them are kids that flat out refuse to work for other teachers. I think that speaks for itself.” 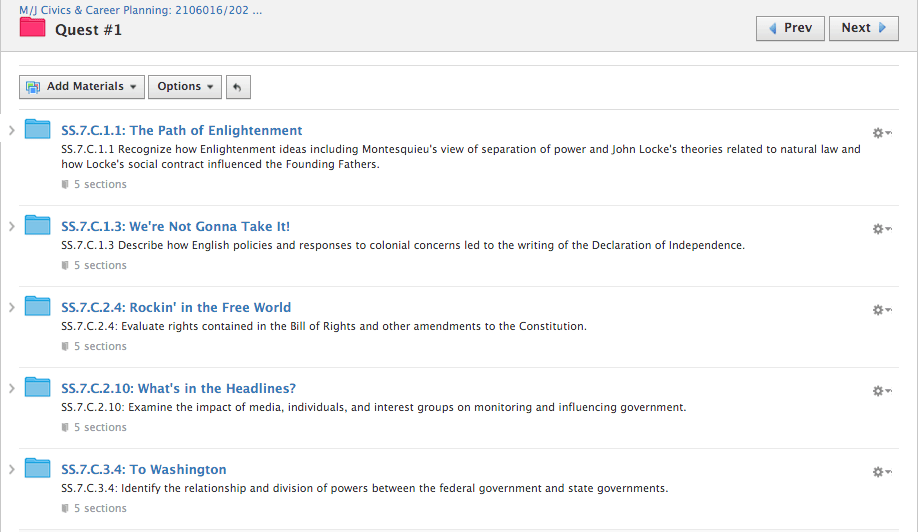 Above: A selection of quests that kids can work through at their own pace.

Her game is built around the educational principle of mastery, where students keep working on a concept until they’ve nailed it. That lets high-fliers get on at the own pace, and it gives Box time to support those who are struggling by subtly pointing them to helpful resources — she does this by embedding additional games and videos in their quests as Easter eggs to discover.

And when these struggling kids do finally master a concept, Box says it gives them the wonderful sense of feeling smart — something they may never have experienced before.

“Kids who struggle like [the game] because for the first time they’re learning what success feels like,” said Box. “They can keep working at a standard … keep trying until they get it. When they hit a difficult academic concept, instead of saying, ‘Well, I don’t get it — give me my ‘F’ and I’ll move along,’ they’re being forced to re-interact with it .. and then when they get it they feel smart. I think a lot of times, [that’s what] those struggling kids don’t get to feel. They don’t know what it feels like … and they should.”

Although a lot of teachers are confused by Box’s unusual teaching methods, it’s difficult to argue with her results — especially that 100 percent participation rate. 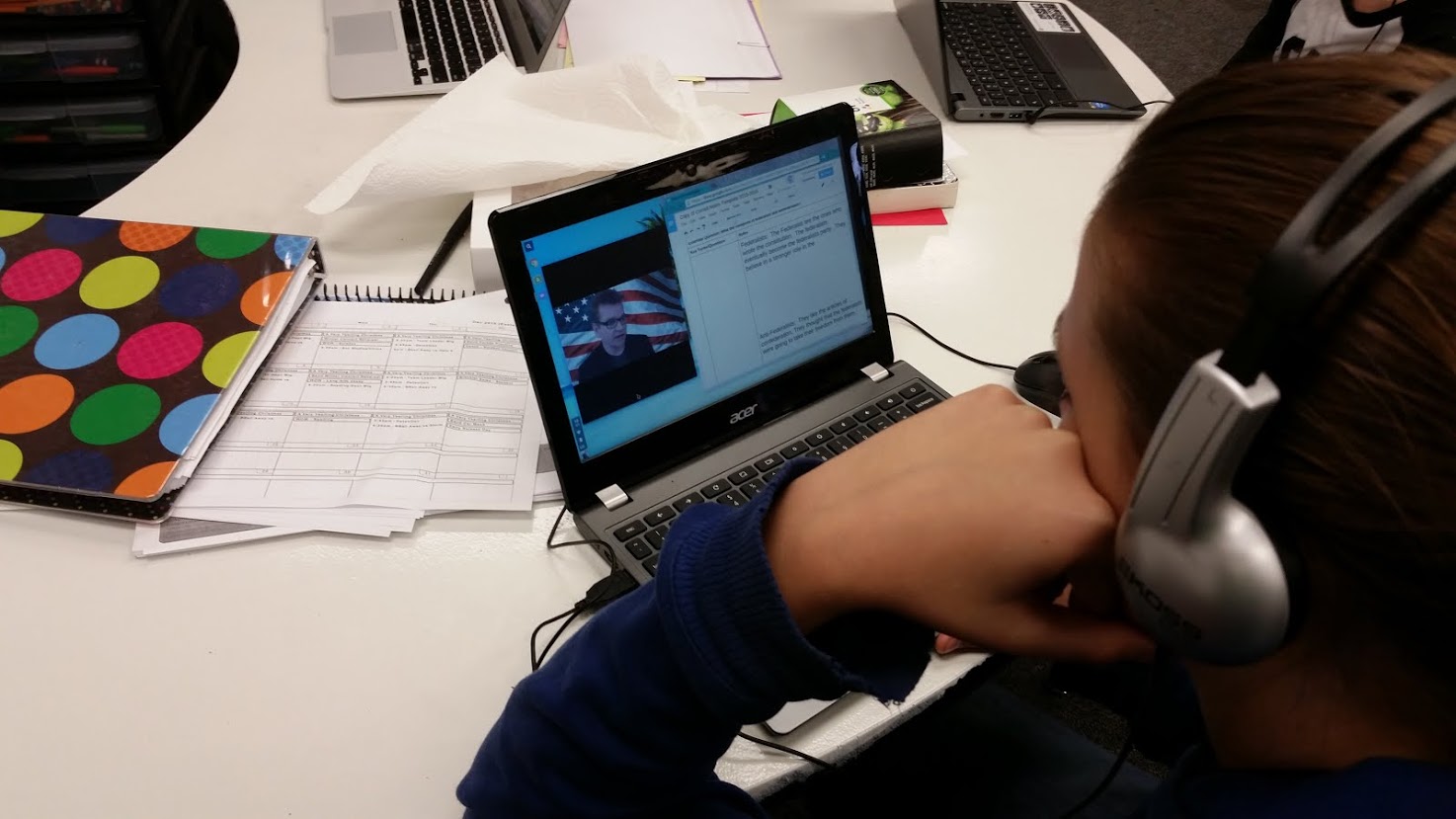 Box has been working with three teachers in a nearby school, and they’re now starting to adopt her methods. “They seem to like it a lot,” she said. “They’ve invested in it as a school, and they’ve really been committing to it. That’s been great to see.”

She’s also shared her game — the game she’s been curating and adding to since that first summer — on the Schoology platform, so other teachers who are signed up can try it out for themselves. “I just told them to look around and take what you want,” she told me. “It’s worked for me; I really hope it can work for other people and their students.”

Speaking to Box, her passion for this new way of teaching really shone through. The world that kids are growing up in is very different to the world five or 10 years ago, she says, and schools have to adapt to that change.

“We aren’t the keepers of knowledge any more,” she said. “Our kids live in the Google world where they can look up any kinds of facts, so they don’t really need us to stand there and lecture at them all day.”

And while Box does miss addressing the whole class slightly — simply because it’s easier than what she does now — she’s adamant that she’d never give up her new, gamified classroom. “I wouldn’t trade the engagement or the performance of my students for anything,” she said. “Having them be excited about my class is the best thing in the world.”