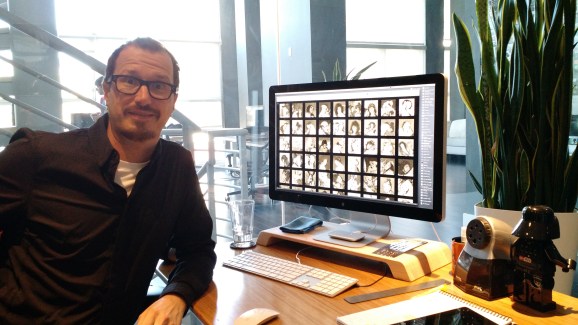 Famo.us raised $25 million last year, bringing its total funding to over $30 million. Fifteen months after its most recent raise, the company “laid off a big chunk of the team, including its VP of Engineering, Head of Open Source, and a dozen engineers” and switched directions for the third time. Famo.us had started as BenchRank, a ranking system for people. Then it became an open source HTML5 development platform. And after striking out with both ideas, it pivoted to a self-styled “micro app content management” system. Famo.us CEO and founder Steve Newcomb famously mocked the lean approach. “That lean startup style — I don’t believe that,” he stated, proving his point by sending back desks that didn’t match his penchant for perfection while giving a tour to a TechCrunch reporter.

Cut and dried — Famo.us failed because it was supposedly a fat startup, right? Not so fast. Famo.us might actually be an example of lean in action. After all, the company has restarted twice and still has money to continue on its third iteration.

The misconception of a lean startup company is that it’s a starving, cost-conscious startup, unwilling to spend money on anything. Nothing can be further than the truth. A lean startup is “a company in search of a business model” — testing, iterating, learning, and then, only once product/market fit is achieved, stepping on the gas with spending. A lean startup has the humility to admit that an initial vision can need improvement. Gregg Brockway, my TripIt mentor said, “No battle plan survives first contact with the enemy.” Lean is the acknowledgement that customers know best and that you want to minimize waste (product, marketing, office, people) until checkpoints are met. The amount of investment doesn’t make a startup lean or fat, but rather the business approach does.

Famo.us actually was following many lean startup principles — iteration, customer validation, spending money on what’s important, and pivoting when necessary. It started off with one idea, then realized it needed to move to another. The second idea was to build “beautiful apps” — and to do that, it needed a beautiful office that inspired its employees. Steve Blank would approve!

Famo.us focused on customer validation, trumpeting that it had 57,000 developers on its waiting list for access. However, this turned out to be a vanity metric – a metric that doesn’t matter as much as conversion to actual users. Famo.us was slow to accept people off the waiting list into actual use of the product because it feared that the product wasn’t ready. The biggest risk for any product isn’t execution – it’s whether it meets a real customer need. By taking more people off the waiting list sooner, Famo.us could have established whether the product filled a real need.

One of the most important elements of any early stage startup is people — are they happy, are they motivated, are they productive? Steve Blank wrote an essay about the false economy of cutting sodas for engineers, saying that a company’s most valuable asset is its employees. When John Kodumal (my cofounder) and I started LaunchDarkly, we invested our own money for working capital and were living off our savings for personal expenses. John wanted to buy a second monitor like he’d had at his prior jobs, but he was uneasy about spending $500. I said “The best possible use of  $500 is to have you be more productive.” Famo.us might seem like it overspent on office space and perks, but perhaps that expense was necessary to attract the talent it wanted.

Surprisingly, the more money you raise, the more problems you can face. Cliff Moon, cofounder of Boundary (which raised $40 million) says, “If you can tell a good story, you can raise an astonishing amount of money with little to no traction, but at some point you will be called to deliver, and the bar will be much more difficult to clear.” Tom Drummond, Managing Director of Heavybit, says “Capital comes with a pressure to deploy it, as you will have made promises to investors about growth targets. Too much money can also make startups overconfident and cause them to overbuild.” Moon, now CEO and cofounder of Opsee said, “At my last startup, we raised $4 million dollars pre-product. We deliberately raised less money this time so we could be laser focused on customer development and validation.” Drummond adds, on the risks of over-raising, “It’s easy to start spending money on customer acquisition before you’ve proven you have product-market fit.”

Is being lean a strike against a company with investors? Not necessarily. 500 Startups partner Matt Guthaus says, “Lean is a good way to optimize around an existing strongly held vision of the future.” Bloomberg Beta partner James Cham says, “I’m not religious about methodologies. I don’t really care whether the company is lean or not — I care about the team and their ability execute.” However, some companies can go over the edge to lean zealotism. Cham says, “The lean startup approach is helpful for many, but I worry when a team is more concerned with the details of a particular strain of lean methodology and spend too much time obsessing with how they talk about their business update rather than just giving an update.” Guthaus similarly says, “I don’t like so-called lean companies that iterate blindly with no North Star.” Perhaps this is the biggest lesson from Famo.us: Its pivots weren’t so much pivots as complete restarts.

So where does this leave a startup company? Have a vision. Validate your vision. Raise enough money (not too much, not too little). Get customers. Easy, right?

[Disclosures: Bloomberg Beta and 500 Startups are investors in LaunchDarkly. LaunchDarkly is part of Heavybit. I attended the funding party for Powerset, a company Steve Newcomb founded. I’ve eaten supper with Cliff Moon and think he’s a good tweeter.]

Edith Harbaugh is CEO and cofounder of LaunchDarkly. She has more than 15 years of experience in software with both consumer and enterprise startups. She is co-host of “To Be Continuous,” a podcast on continuous delivery. She holds two patents in deployment.