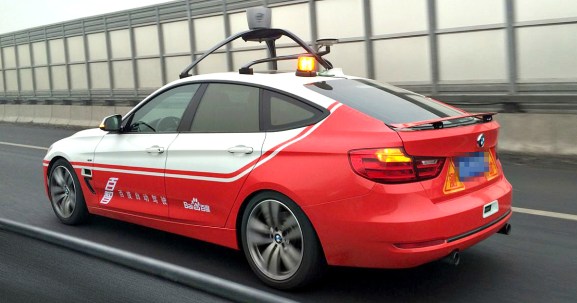 BEIJING (By Jake Spring, Reuters) – China’s top online search firm Baidu Inc said it aims to put self-driving buses on the road in three years and mass produce them within five years, after it set up a business unit to oversee all its efforts related to automobiles.

The unit will also include its initiative in partnership with BMW AG to develop an autonomous passenger vehicle, which may also be put into mass production within five years, a spokesman told Reuters on Monday.

Self-driving cars have emerged as a new battlefront for tech majors globally. Alibaba Group Holding says it will launch its first car in a partnership with China’s SAIC Motor Corp, while U.S. tech heavyweights Google and Apple are also developing autonomous cars.

The Baidu spokesman declined to give details on potential auto manufacturer partners for the bus project or investment amounts for the unit.