Global average connection speeds rose 14 percent year over year to 5.1 Mbps in Q3 2015. Unfortunately, just over 5 percent of users now have broadband speeds of at least 25.0 Mbps. The latest figures come from Akamai, which today published its quarterly State of the Internet Report for Q3 2015.

As you can see below, seven of the top 10 countries/regions saw growth year over year, and seven also saw growth quarter over quarter: 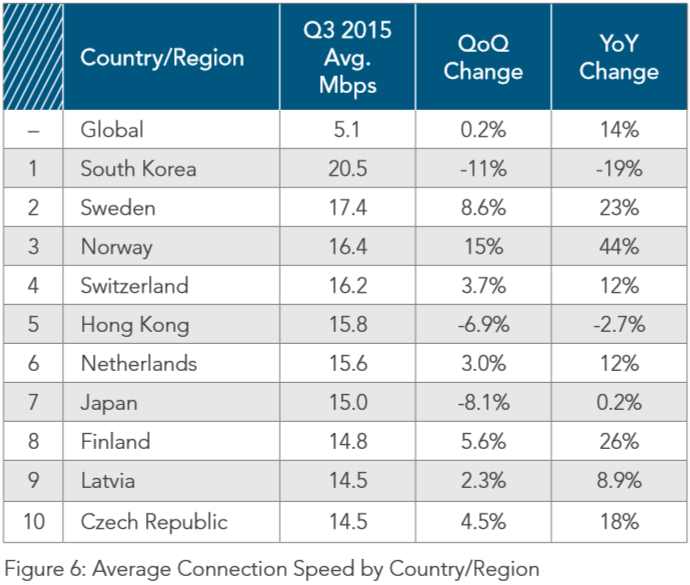 In January, the United States’ FCC redefined its broadband threshold from 4 Mbps downstream to 25 Mbps. Akamai thus started referring to certain thresholds by speed rather than specific terms. 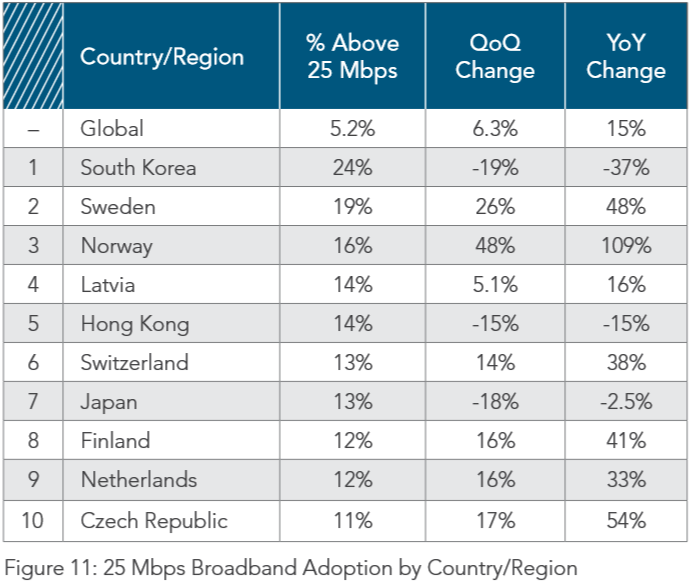 Most importantly, global adoption of speeds 25 Mbps and greater (the current U.S. definition for “broadband”) increased 15 percent year over year to hit 5.2 percent penetration. All of the top 10 countries now have a penetration rate in double digits, but only South Korea can say one in five of its citizens have broadband speeds.

As in previous reports, Akamai also cited mobile traffic data collected by Ericsson, which has a presence in more than 180 countries and a customer base representing more than 1,000 networks. The volume of mobile data traffic grew 14 percent quarter over quarter and 65 percent year over year: 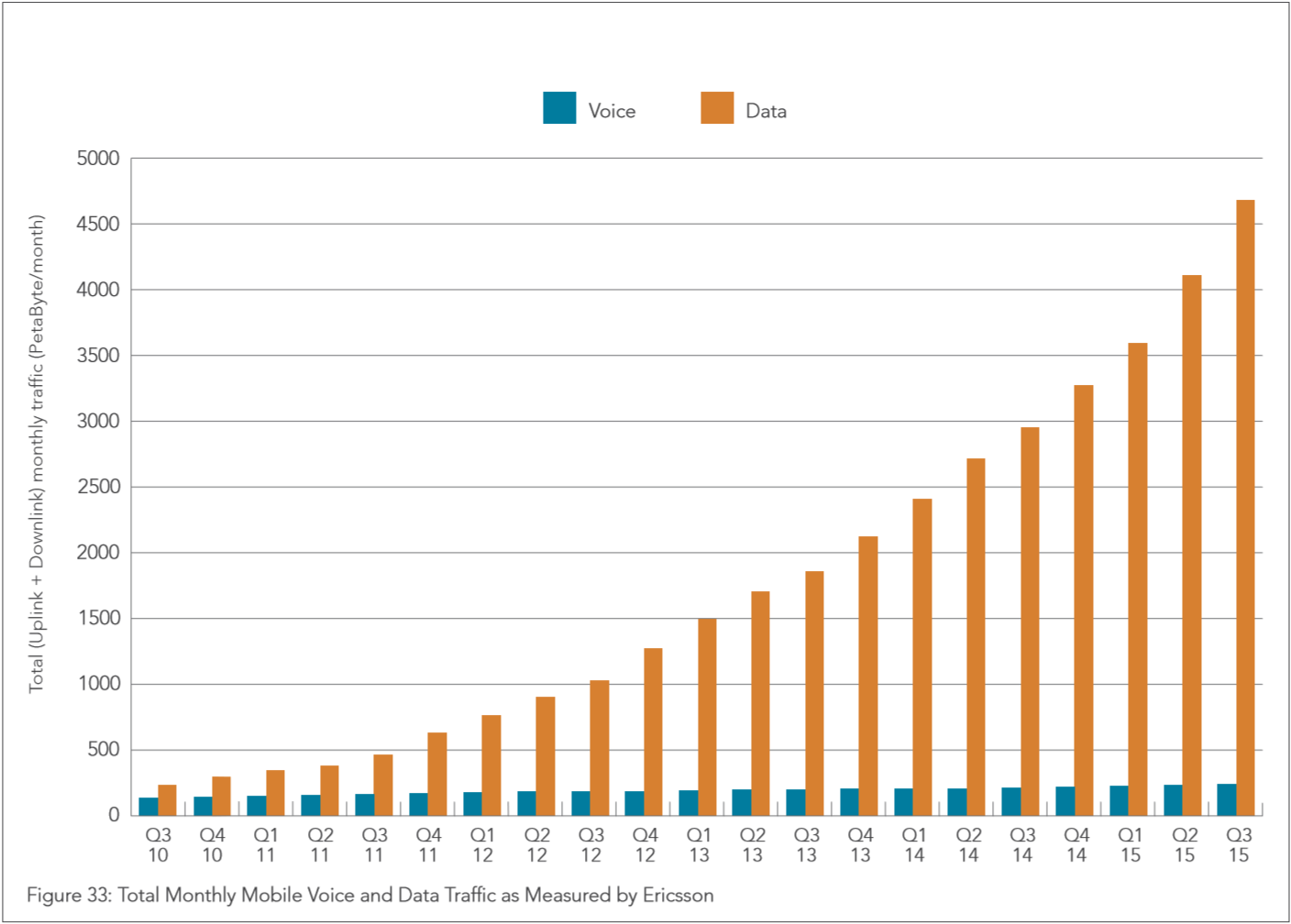 Mobile voice traffic continues to show a flat progression, while mobile data is still growing steadily. The latter is naturally driven by more and more mobile devices as well as a growth in average data volume, largely thanks to mobile users watching more videos