Return to the Clone Wars 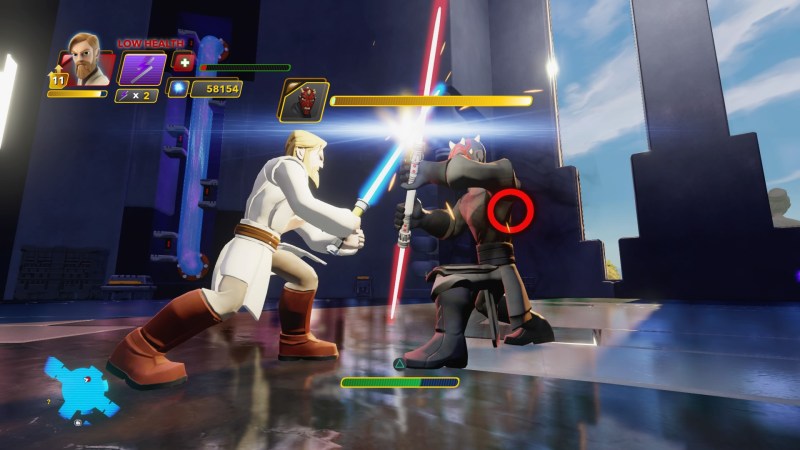 Above: A rematch between Obi-Wan and Darth Maul in Twilight of the Republic.

What you should play: Disney Infinity’s Twilight of the Republic play set

The Twilight of the Republic play set (included in the Disney Infinity 3.0 starter pack with two toys) follows Anakin, Obi-Wan Kenobi, Ahsoka Tano, and Yoda as they try to uncover the nefarious plans of the Separatists. It takes you on a tour through Coruscant, Tatooine, Naboo, and Geonosis. The voice actors from Star Wars: The Clone Wars reprise their roles here, so it also feels like a mini-reunion for fans who miss the TV show.

As with Rise Against the Empire, Twilight doesn’t necessarily follow the canon (in this version of the universe, Obi-Wan didn’t slice Darth Maul in half), but it has some cool moments. The lightsaber battles are still pretty great, too.

Mix and match your favorite heroes and villains 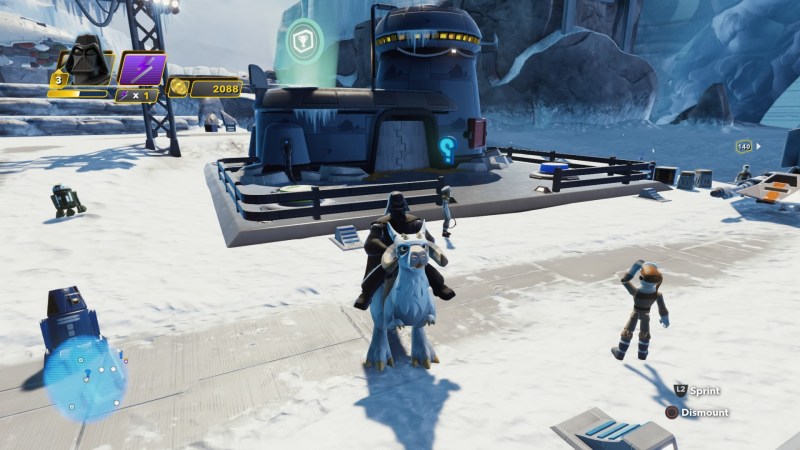 What you should play: Disney Infinity 3.0

Sometimes you don’t need a storyline and just want to pit your favorite heroes and villains against each other. The latest Disney Infinity beats out all the other Star Wars games in that regard. With figurines and playable characters from each generation of the films (plus both TV shows), you can create your own “what-if?” scenarios by making custom Star Wars-themed levels or just plugging in a second controller for head-to-head battles. Darth Vader Force choking Clone Wars-era Anakin Skywalker? Go for it. Yoda travels to the future to fight Kylo Ren? Make it happen!

And if you’re feeling silly, you can play through the Star Wars play sets again using characters that clearly don’t belong there, like having Vader go on side quests in Hoth. 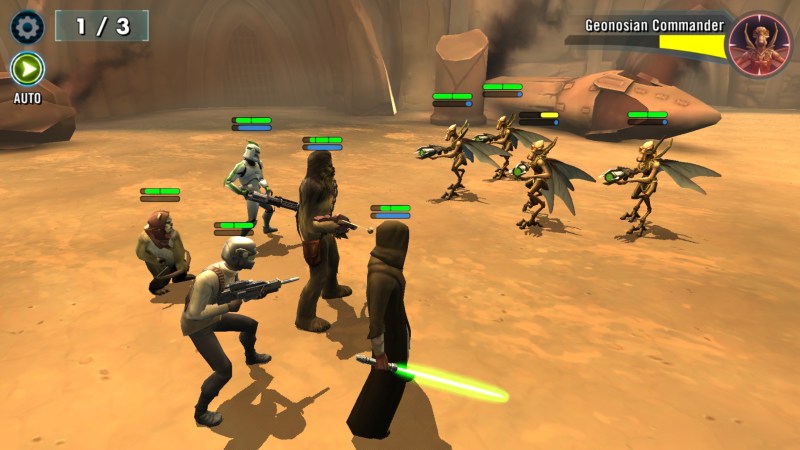 Above: You can cobble together a team of fighters from different eras.

Electronic Arts’s Galaxy of Heroes is a turn-based role-playing game — except it doesn’t really have a story. Instead, battles take place inside of a holotable (like the game Chewbacca and R2-D2 played with on the Millennium Falcon), which explains why you can collect over 60 different Star Wars characters. Little guys like Jawas and Ewoks can team up with battle droids, Imperial guards, and Sith Lords. If you just want a quick Star Wars fix, Galaxy of Heroes might be what you’re looking for.

But if you want to have direct control over your Force powers, Battlefront’s Heroes vs. Villains mode is the way to go. As the name implies, it’s a battle between the game’s most powerful characters. Three players on each side become the heroes (Luke, Leia, and Han) or the villains (Emperor Palpatine, Boba Fett, and Darth Vader), while the rest assume the role of Rebel soldiers and stormtroopers. Matches take place on smaller maps, so it doesn’t take long to run into someone’s lightsaber or a wall of fire from Boba Fett’s flamethrower. 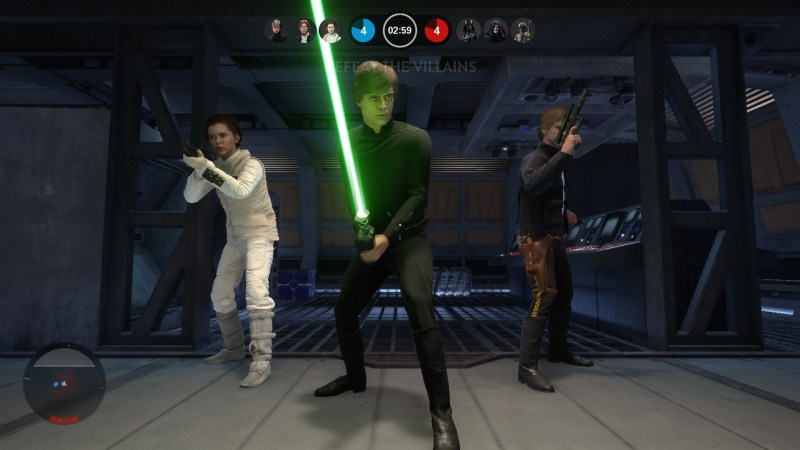 Above: I find Battlefront’s lack of Chewbacca disturbing.

Heroes vs. Villains is also convenient because players take turns being one of the special characters. In Battlefront’s other modes, you have to be lucky to find specific power-ups that randomly appear on the map to become someone like Luke or Vader.