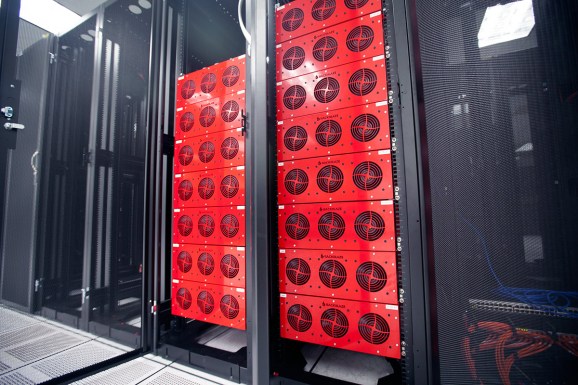 Cloud data backup company Backblaze today announced the beginning of a public beta for its B2 cloud storage service that developers can use inside of their applications. The service has been in a private invitation-only beta since it was announced in September.

Backblaze received 15,000 requests to use the service during the private beta. Now the service is available at prices that are meant to undercut the largest cloud infrastructure providers — Amazon Web Services, Microsoft Azure, and Google Cloud Platform.

During the private beta, some customers had to wait quite a long time before Backblaze brought them on board. Now anyone can get instant access, Backblaze cofounder and chief executive Gleb Budman told VentureBeat in an email.

Most of the private beta users wouldn’t allow Backblaze to use their names as references in the press. But there is one notable exception: email client EverDesk. And price was surely one of the qualities EverDesk liked about B2. Speaking of price:

Above: Backblaze B2 pricing

Backblaze started in 2007 and is based in San Mateo, California. In 2012, the company took on a $5 million funding round.

The amount of data currently in the B2 service — which depends exclusively on Backblaze’s single data center in the Sacramento, California, area — is only in the terabytes. But now that B2 is immediately available to everyone, the pile of data it stores could grow considerably, primarily due to its low price point.