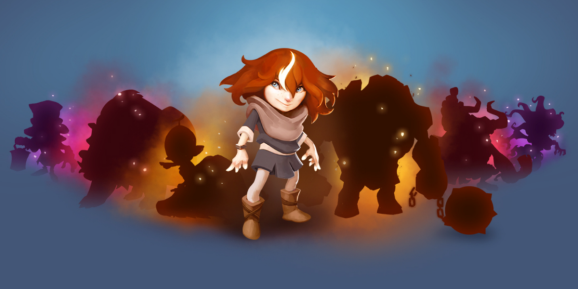 I was recently reminded of a game industry marketing buzz word that I haven’t heard in a long time: midcore.

Well, OK. I have to admit that the concept of midcore is a bit more relevant than being an empty hype statement tacked onto press releases. It’s not necessarily the modern equivalent of blast processing. Midcore is a descriptor for those players that occupy the space between the hardcore gamer getting down in a super-involved game like the online strategy game League of Legends and their counterparts playing Candy Crush Saga while waiting in line at the grocery store.

And that’s the demographic that Snowprint Studios, a new gaming startup, is attempting to lay claim to. The Stockholm based studio is filling its development role slots with a ton of talent with experience working in some high-profile outfits, such as DICE (Battlefield series), Rovio (Angry Birds), and Zynga (Farmville). Cofounder Alexander Ekvall helped start the operation after a stint as director of product at King (Candy Crush Saga).

“Patrick Lindegren [cofounder of Snowprint Studios] and I started talking about tackling a gap we saw in making midcore games more accessible,” Ekvall said. “We initially handpicked several talented games developers we had worked with in the past. As top people from leading games company started joining they in turn started attracting other top talent that all were on board with our mission and driven by the category.”

Snowprint Studios’ first project is an untitled Norse-inspired role-playing game, which will see players build teams and fight off ice warriors called the Niflheim. It will have a collecting and puzzle element as well.

Ekvall seems to think that the role-playing genre is a good way to go in capturing their midcore target. “Midcore genres like RPGs are ripe for opportunity when done right, and Snowprint has the team to take it to the next level. We’re developing a richer connection between uninterrupted gameplay and long-term commitment, finding a balance that will create a new, deeper layer of games for the masses, while enticing traditional gamers to play more on their phones.”

No word on platforms or release dates for this Norse-flavored role-playing game, but given that mobile seems to be Snowprint Studios’ main focus, I suspect iOS and Android platforms are safe bets. That said, I’m stuck on Ekvall and Snowprint Studios’ obsession with this midcore concept. I asked Ekvall if he could dive a bit deeper into what he thinks this demographic is and why it’s important.

“We see midcore games as games designed to be played in short sessions while having strong mechanics to reward long-term commitment,” Ekvall said. “They provide challenging and engaging experiences both in the short term as well as the long term, where success usually is a factor of the interplay of how well you do in the core gameplay sessions and the decisions made in the long-term loops.”

To me, this all sounds like the basic end goal that most game designers, of all types, strive for. The old adage, “easy to learn, hard to master” — something that is elegant, tight, and accessible, yet contains great depth if the user digs for it.

Ekvall goes deeper into Snowprint Studios’ viewpoint of the midcore: “We are all pretty passionate about the midcore games category ourselves as gamers. And, we see a huge gap there. There are very few companies out there who are making midcore games for the masses. Right now many games in the segment are skewed towards the hardcore and have yet to reach their full potential in the West.”

An opportunity exists here to redefine genres like RPGs to be more accessible for the mobile F2P landscape. Also, midcore and casual games companies have more or less disconnected systems and tend to rely heavily on only one of them. We’re finding a balance that will create a new, deeper layer of games for everyone, while enticing traditional gamers to play more on their phones.”

As mentioned earlier, Snowprint Studios picked up a lot of talent from many different proven development and publishing houses, to help strengthen this push into the midcore realm. Surely, however, Snowprint Studios isn’t banking on making their mid-core statement with just one Norse role-playing game.

“There are other games in the pipeline, but we aren’t ready to discuss those at depth quiet yet.” says Ekvall. “We aim to have at least two prototyping teams up and running at all times and we are currently staffing up to reach that goal soon. The main focus for the games in our pipeline is to find opportunities for brining more midcore games to the masses by filling gaps we’re seeing in the industry and providing what we think will bring gamers together for long-term play commitment.”

With the hint of multiple teams and projects rolling along, there’s also a question of how many artists, designers, and coders have Snowprint Studios picked up? “We see all the team members as a part of the creative team,” Ekvall said. “All are passionate gamers and most of us have been working in the industry for a long time. When it comes to people with hands on experience with game or visual design on a professional level there are seven of us currently. We’ll be doubling the overall team in the coming months to make room for more projects.”