TrustRadius has a new report out today — its 2016 Buyer’s Guide to Marketing Automation. The company, known for user reviews of software in various technology categories, has recently faced concerns that its reviews may be skewed, as vendors encourage their biggest advocates to review their software.

So what’s different about this report?

This is the first guide using TrustRadius’ new trScore algorithm, which aims to provide greater transparency with regard to reviews. This is similar to changes in consumer product reviews, many of which now indicate whether a review has been incentivized in some way. Not only does the new trScore provide greater transparency, it also modifies the way vendor-driven reviews are weighted compared with unsolicited reviews.

TrustRadius chief executive Vinay Bhagat said in a statement about the new algorithm, “There continues to be lively communication and debate around the authenticity and trustworthiness of consumer reviews on sites like Yelp, TripAdvisor, Amazon and others. We believe this discussion is also very relevant to the B2B arena — perhaps more so given that the stakes for a technology selection are so high.”

It includes a definition of the software category, tips from marketers who have used marketing automation, and changes to the industry. The report also includes individual reviews of 20 vendors. 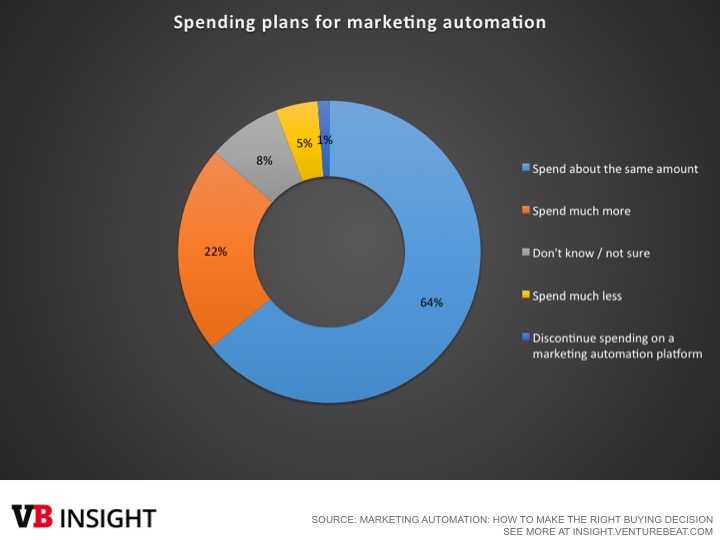 The majority of marketing automation users are planning to spend as much, or more, on marketing technology in the coming year, and many new users are adopting the technology for the first time. With more vendors than ever, the need for trusted research is growing. User reviews help TrustRadius scale its research efforts and, the company believes, allow it to position itself as trustworthy and unbiased.