Spellgun, a mobile-game publisher that is marrying the East and the West, has launched Clash of Gods, a fantasy role-playing game where massive armies can engage in huge 3D battles. 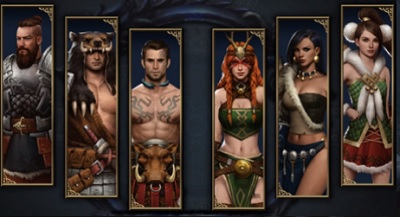 Above: Clash of Gods characters all have a Western look.

The free-to-play title is a big attempt to refashion a hit game made in China to make a big splash in the West. That’s a difficult task, but it’s a big opportunity as companies try to become global players in the $30 billion mobile game market. China has had huge success with monetization and access to capital, but Western gamers have very high expectations, and it’s very hard for companies from outside the region to succeed in the West.

Clash of Gods is clearly a Western title in its look and feel, with factions such as the Norse, Egyptians, and Greeks. The game pits large armies commanded by gods against each other. Battle results are determined by who has the better army, the best strategy, and the more powerful gods.

The original game looked very different. The top-grossing Chinese game was called Papa San Guo (based on Romance of the Three Kingdoms), and it was created by Shanghai developer Huorang Game, which was acquired by Talkweb for roughly $160 million in 2014.

Spellgun redesigned the game from top to bottom, refreshing the art, story, music, and other aspects. In the title, you can engage in a collectible battle card game and fight massive army battles as well. The title is doing well in Finland, Norway, and Canada. It released more recently in the U.S. market, with marketing promotions still to come.

“We believe you have to give Triple-A Chinese games this kind of treatment or they won’t work in the West,” said James Zhang, chief executive of Spellgun, in an interview with GamesBeat. “The games have to feel natively Western. When you play this game, no part of it will feel like it came from China. What’s noticeably different about this is the massive 3D battles, which are embedded within a card battle game mechanic.”

Zhang is also head of Concept Art House, an outsourcing firm that makes art for mobile games. Spellgun is a collaboration between Concept Art House and Talkweb, a publicly traded Chinese company that runs a huge distance-learning business. The companies started out taking Western games to China, but now they’re also trying to take Chinese content into the West, Zhang said.

“The West to East story is really tough,” Zhang said. “You have to commit, time, money and resources. For the more complex midcore and hardcore games, you almost have to have local staff in East and the West. Otherwise too much of the game gets lost in translation. For Clash of Gods, we have a full team of U.S.-based artists, localization staff, user interface and experience experts, and narrative designers on staff dedicated to the project. “”

Clash of Gods is available on Google Play and iOS. Zhang said that early numbers are showing very good results, both in downloads and in revenues in the free-to-play title. There are more Chinese games in the pipeline to the West. Zhang said that ideally, Spellgun will publish about two games a quarter.

“We want to take more games from China to the Western markets,” Zhang said. “All of the projects we are doing are big investments. We are working on fewer but stronger titles, with very strong numbers in China. None of the games we publish will be direct copies of the Chinese games.”

Rivals for taking games from the East to the West include Firefly Games, Kabam, and R2Games. 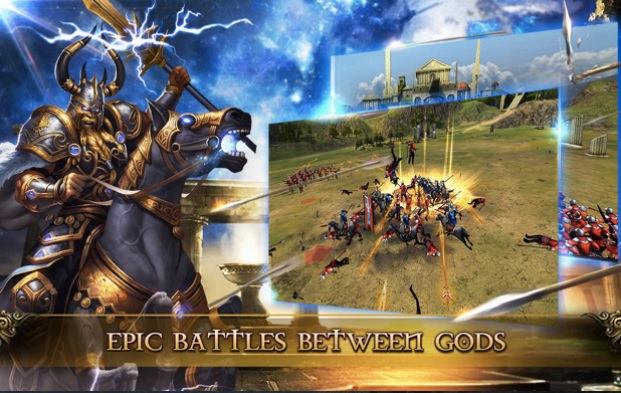 Above: Clash of Gods combines a card game with massive 3D battles.