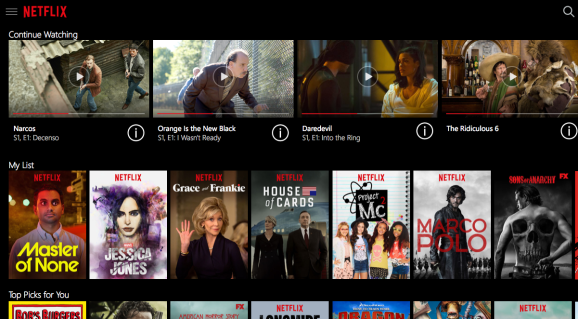 Mozilla today announced that Firefox for Windows now works with Netflix’s HTML5 video player. At the same time, Netflix promised the functionality would come to Firefox for Mac users “next year.”

In May, Mozilla released Firefox 38 with digital rights management (DRM) tech for playing protected content in the HTML5 video tag, but only on Windows. The Adobe Content Decryption Module (CDM) in Firefox can be used to play back DRM-wrapped content on Windows Vista and later, a feature that some premium video services, including Netflix, have been testing since May.

Now, Netflix has flipped the switch. As a result, Firefox for Windows users no longer need to use Silverlight to watch Netflix, joining IE, Edge, Safari, and Chrome users. In fact, if you’re using the latest version of these browsers, you don’t need to install any plugins at all to use the service.

Firefox ships with the very latest versions of the HTML5 Premium Video Extensions. That includes the Media Source Extensions (MSE), which enable our video streaming algorithms to adapt to your available bandwidth; the Encrypted Media Extensions (EME), which allows for the viewing of protected content; and the Web Cryptography API (WebCrypto), which implements the cryptographic functions used by our open source Message Security Layer client-server protocol.

Although Netflix specifically mentions OS X, Mozilla says it is working with Adobe to bring the Primetime CDM to Firefox “on other operating systems.” That would suggest that Linux, and maybe even Android and iOS, are all possibilities.

Mozilla announced the controversial (given the closed nature of DRM) Firefox integration in May 2014 . The company’s stance is that enabling DRM is not ideal, but is a necessary evil, since Firefox users want to use services like Netflix.

Add the fact that Mozilla is looking to ditch NPAPI plugin support from Firefox by the end of 2016, and you can see how HTML5 and DRM will soon be the only way for Firefox to work with Netflix. Indeed, as Mozilla’s Justin O’Kelly wrote today, “This is an important step on Mozilla’s roadmap to deprecate NPAPI plugins.”