As of November, Blizzard’s explosively successful card game has cleared 40 million players, who are collectively spending some $20 million dollars a month on the game — making Hearthstone the leader in the billion dollar digital collectible card game (CCG) space. Its popularity is unquestioned, as it has sat among the top four most-watched titles on Twitch.tv throughout all of 2015.

As we look forward to all of the exciting prospects that professional Hearthstone has in store for us in 2016, the twilight hour of 2015 is also a great opportunity to look back at all of the moments that made watching “Wizard Poker” so much fun this year. From big names and monumental successes to community hilarity and colossal misplays, this was a year worth remembering in Hearthstone.

In no particular order, here are some of the most memorable Hearthstone happenings of 2015:

Warsong Commander no longer in command

The most significant thing that happened all year may very well have been of Blizzard’s own doing: modifying Warsong Commander. In addition to being a massive change, the substantial nerf landed only days before the BlizzCon opening week, drastically altering the landscape of the top-tier competitive metagame. 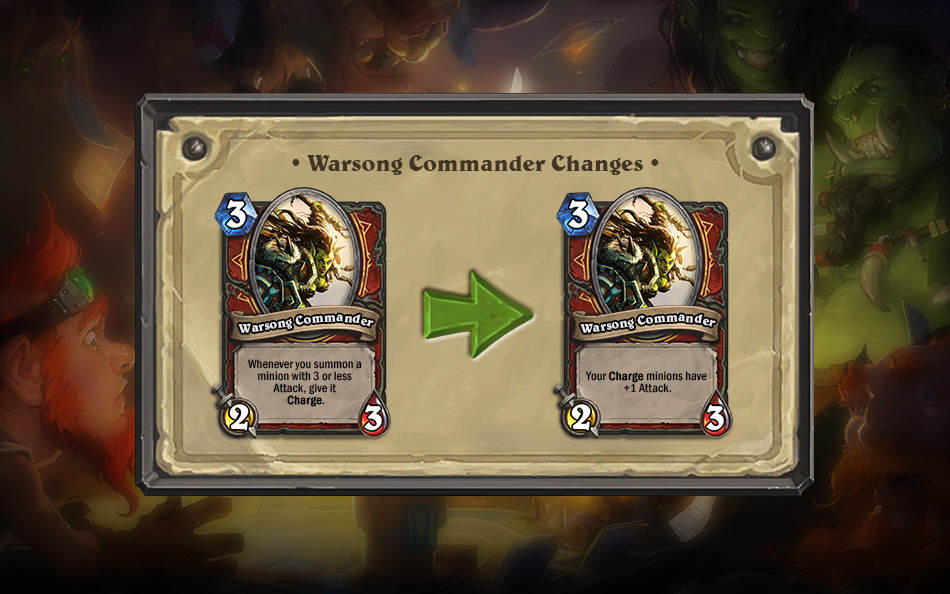 Above: Warsong Commander got knocked out with the nerfbat.

Hearthstone players at most levels saw this change as a necessity and healthy for the long-term design space of the game — but debate continues to rage (and likely always will) as to whether or not this change was the right one, given that Grim Patron decks continue to be hugely successful.

Stream moments let us laugh together

Hearthstone’s tremendous success as a streaming game owes a lot to its oft-maligned randomness. It can sometimes be frustrating to be on the receiving end of some low probability shenanigans, but it also lets us enjoy the spectator experience in surprising and entertaining ways.

My pick for most hilarious moment of 2015 has to be this clip from pro player Brian Kibler’s stream. If you haven’t seen this one before, his reaction alone is worth it.

One of the things that often feels like it is missing from competitive Hearthstone is the promotion of deckbuilding. Most players show up to tournaments with heavily refined decklists that have seen iterations from hundreds of top players over thousands of games, so you rarely see surprises or innovation when there are prizes on the line.

Enter Challengestone. This tournament series started back in the spring, and it quickly became a fan favorite for its unique take — requiring players to show up, learn a peculiar and stringent set of specific deck design rules, and then build three different decks meeting those criteria in a brief allotment of time before playing out their games.

While not impactful on the pro scene in terms of prize valuation, Challengestone emphasized a different skillset, and it quickly became a must-watch event for its quirky, just-for-fun style.

The first event of its kind, the Archon Team League Championships presented competitive Hearthstone’s first real “team” event — and gave viewers 10 weeks of excellent Hearthstone to follow. While individual Hearthstone personalities can be interesting, this gave us all the first real taste of what it meant for those players to be a part of larger teams.

Team Nihilum was the eventual victor, while Kibler (see above) won the ‘Master of Duels’ award for having the highest win rate in the tournament.

After showing that it was one of the best teams in professional Hearthstone at ATLC, and each individually showing immense successes — such as two of them advancing from the Europe Championship on the Road to BlizzCon — Team Nihilum (composed of Lifecoach, Lothar, Rdu, and Thijs) all signed with Gamers2 in early October. 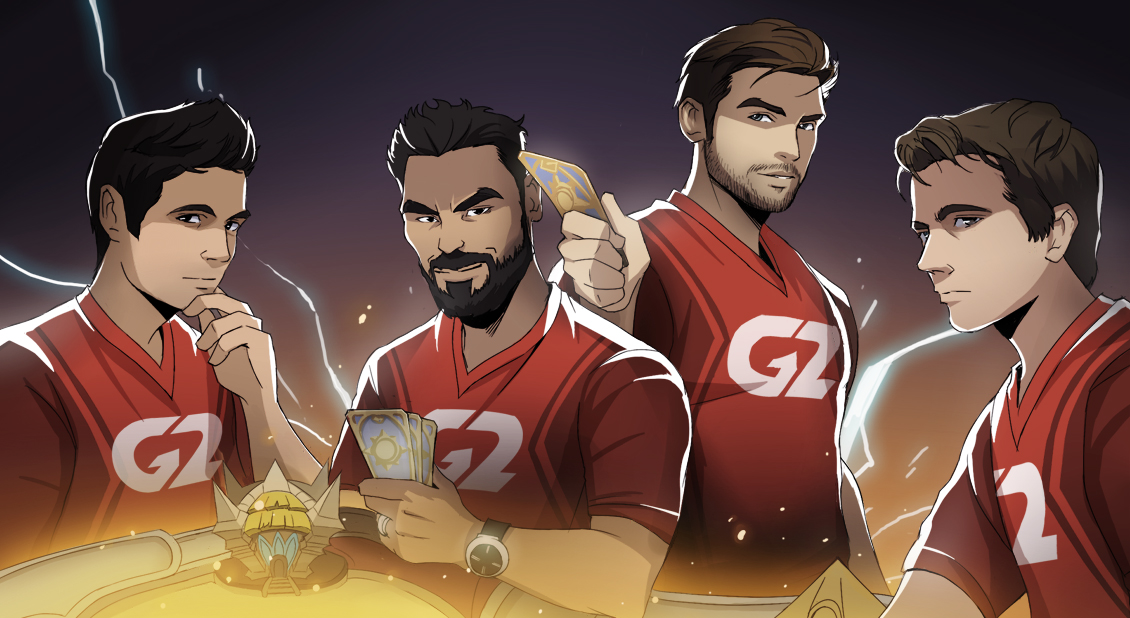 Above:
G2 announces their foray into competitive Hearthstone with the acquisition of one of the best teams in the scene, Nihilum.

At the time of writing, GosuGamers ranks Gamers2 second overall in Hearthstone teams — held down from first place almost exclusively by Natus Vincere’s Ostkaka, because. …

Sebastian “Ostkaka” Engwall took the mantle of Hearthstone World Champion in 2015, succeeding James “Firebat” Kostesich as the best player in the world (Firebat, however, is still the most successful in terms of prize earnings). If you didn’t get a chance to catch the Hearthstone World Championships, the semifinal series between Ostkaka and Thijs Molendijk (of G2, above) is an incredible and complex match to watch:

Pavel misplays against Lifecoach in the Europe Championship

Some of the best things in pro Hearthstone are the pure, indescribable schadenfreude when “Mistakes were made.” Whether it’s speed of play, nerves, or otherwise, even the very best Hearthstone players can bleed. In 2015, one of the most unforgettable errors had to have been Pavel’s “Whoops” against Lifecoach. Suddenly, Lifecoach taking the time to rope out every turn doesn’t seem like such a bad idea after all. …

Every so often, Hearthstone has some really wonderful Cinderella stories. This summer’s ESL Legendary Series Season 2 had one in Phonetap’s incredible run. He sneaked in through the Last Chance Open and then narrowly escaping defeat in the fifth game of each of his matches, where he risked elimination all the way from his Group D decider match right up to the grand finals.

Finally, PC Gamer recently published a list of the 10 best pro Hearthstone players in 2015, arrived at with contributions from 13 players and casters familiar with the intricacies of the pro scene. It’s a helpful reminder of a range of the coolest goings-on in the scene this past year.

What defined competitive Hearthstone in 2015 for you?