I’m still fairly new to the game gadgets beat here at VentureBeat, clocking in just at six months, but I’ve seen a surprising amount of weird and cool stuff in the game hardware space during that time.

Yet is any of that stuff actually worth your time? Or mine? Surprisingly, yes! These are the five chunks of game hardware that immediately come to my mind when discussing the best of 2015. 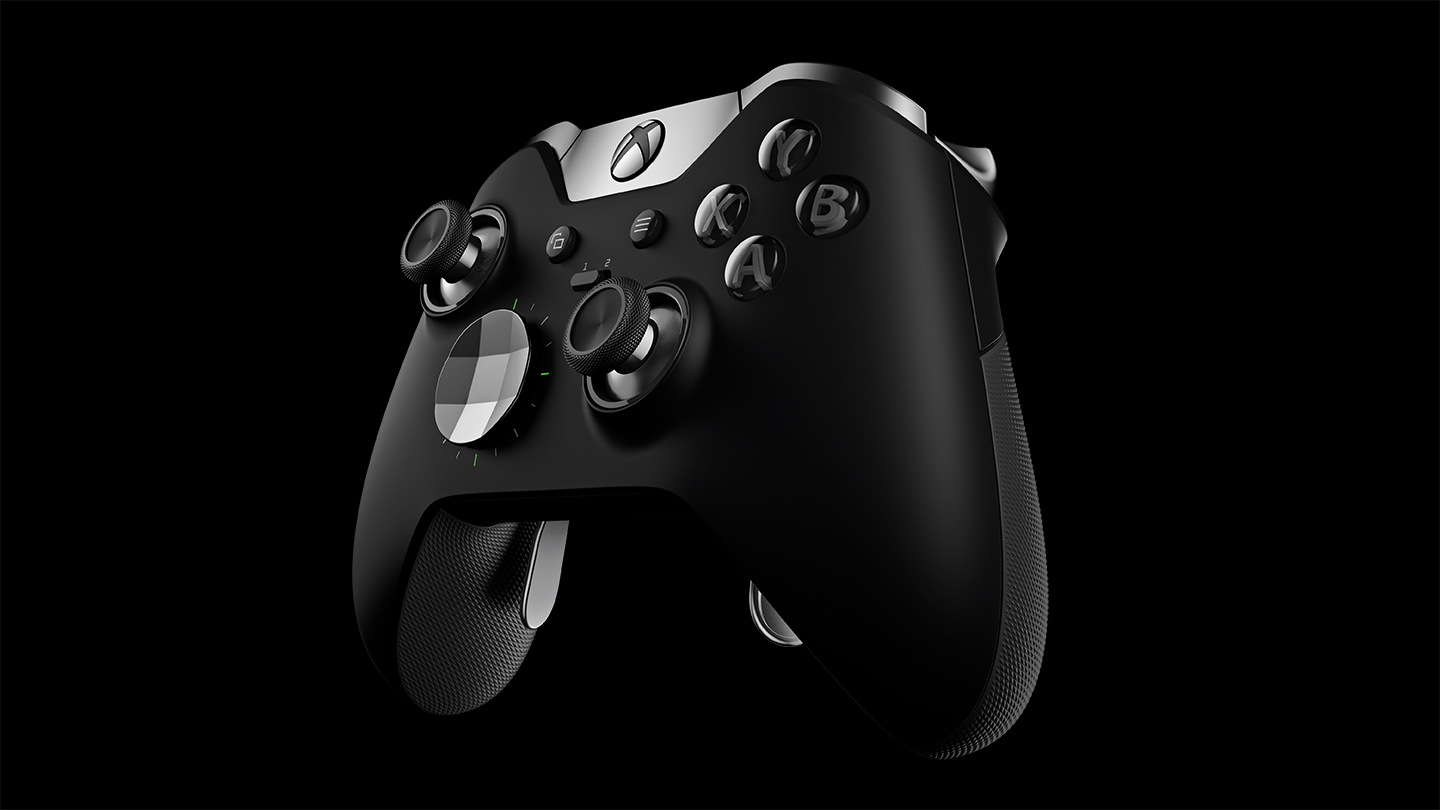 At the top of my list is the console gamepad which all others will be judged: the Xbox One Elite controller.

Everything about the Xbox One Elite controller is designed around practical, hardcore, gameplay performance: the high grip texture of the mold’s palm rest that keeps the controller stuck in my hands. The 9-point concave circle d-pad attachment that reduces thumb wear on the hard plastic cross. The dual stick replacement that have differing shaft heights and nub styles. The incredibly well placed back panel buttons that land exactly where my ring and middle fingers fall on the controller.

But my favorite feature of the Xbox One Elite controller is the adjustable trigger switch height. Keeping the switch set to low will give the right or left trigger a wide range of input, which is great for something like driving games where subtlety is needed for the gas and brake pedals. Setting the switch to its highest will make the trigger input instantly, as if it were a normal button switch, which is useful for shooters where the shorter actuation to fire a gun will gain me a few extra milliseconds (which can be huge for reaction time in gaming).

I’m already seeing other third-party controller manufacturers copying Microsoft’s notes and adding similar features to their upcoming controller products, which is smart. Because the Xbox One Elite controller is damned near everything I want out of a console gamepad. 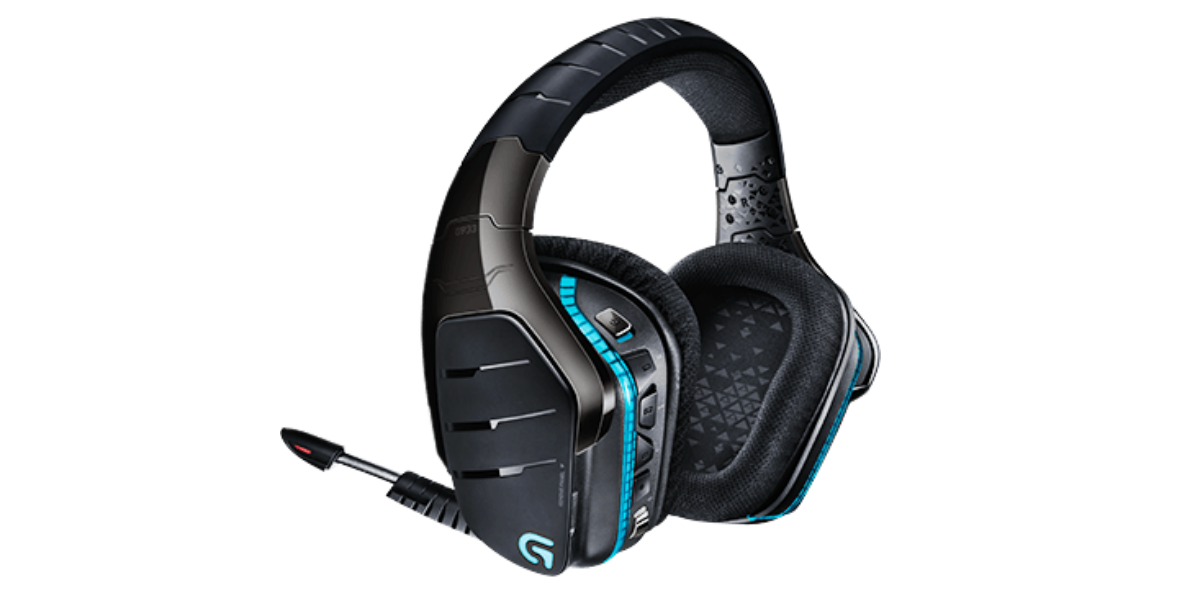 In my six months of checking out game hardware, I’ve been presented with a lot of gaming audio solutions. Yet nothing really caught my attention like the Logitech Artemis Spectrum G633 and G933 headsets.

Sound wise, both units provide high quality 7.1 surround sound, and an overall fantastic range of sound from the high to the low ends.

Physically, it’s the little touches of the Logitech Artemis Spectrum line that make a huge difference. The Logitech Artemis Spectrum’s adoption of a breathable mesh for the ear cups, which is also removable and washable, is a great option for those of us that sweat easily. The face plates are another cool feature, which for the G933 also second as storage for the battery and USB dongle.

Whoever made the call to put all controls on the left cup, freeing up my right hand to stay on the mouse at all times, should receive a gawd damned high five, if not a bonus for that idea. Both headsets have flashy RGB lights, which is great if you’re into that sort of thing. But the even cooler physical feature is a microphone that can be hidden, making it so I don’t look like I am trying to play air traffic control when I just want to listen to some music.

Above: Strap it on and take off

The Samsung Gear VR is the lead horse in the second running of consumer virtual reality right now, so I can’t keep this headset off this list.

It’s light, easy to use, eyeglasses-friendly, and makes virtual reality a lot more convenient … and hands-free … compared to cheaper solutions like Google Cardboard. If you already have a Samsung Galaxy S6 device, the $100 for the Gear VR is worth every penny, especially considering the virtual reality offerings are growing significantly.

But I have a big but, though: If you’re not on the latest Samsung mobile platform, I’m not convinced that the Samsung Gear VR is worth shaking up your phone set up for. Maybe I’m being too boring and practical for my own good making this suggestion, but if you fall into this demographic, I’d wait it out to see what other headsets hit in the new year.

Above: No more hard drive space? No problem.

The deeper the industry dives into digital distribution, and the more these games require extra drive space for patches, updates, and extra content, the quicker I creep toward filling the PlayStation 4’s hard drive. The Nyko PlayStation 4 DataBank is an excellent solution to this impending problem, allowing me to purchase and install an off the shelf 3.5-inch SATA harddrive, which is roughly half the cost of a 2.5-inch drive.

The Nyko PlayStation 4 DataBank also earns major bonus points with me for being an easy install. The overall aesthetic of the physical design is also top-notch. Although it will make the console bulkier, it looks like it is a natural part of the machine as opposed to being some addition bolted on.

The only downside is that the PlayStation 4 begins to lose some of its features, such as sleep mode, if the drive is larger than 2 terrabytes. But this isn’t so much an issue on Nyko’s end, as it is Sony’s.

Above: Who needs this? Who knows … but it works!

This may seem like a weird choice, but I’ll be damned if the Forza Designs PlayStation 4 wall mount didn’t do its job incredibly well. Although that job is also extremely simple: put a PlayStation 4 on the wall and don’t let it fall.

The entire package is five items, which consists of four screws and a mounting plate. But the mounting plate molding is well designed, with a lot of forethought. Specifically, the metal is shaped to take advantage of the PlayStation 4 console’s cosmetic midline to create a make shift rail system, which allows the machine to slide in and out of the mounting plate.

The PlayStation 4 wall mount is simple and straight forward, but sometimes that’s all a great product needs to be.