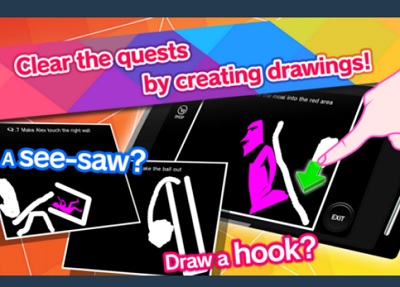 The funding shows the huge demand for bring social to mobile games, which have become a $30 billion industry worldwide.

Fresvii’s cloud-based AppSteroid platform is integrated in the Q Universe game, which has been a big success in Japan was hugely successful in Japan and just launched in the U.S. last week. Q Universe is now the the No. 2 puzzle game in the Google Play store.

By integrating AppSteroid into their games, developers can focus on making compelling apps and avoid getting bogged down in backend technology, Fresvii said. AppSteroid’s features include forums, in-game chat, gameplay video recording and playback, voice-chat, leaderboards, and matchmaking.

“For today’s game publishers, simply relying on riveting game play or a unique storyline isn’t going to get them very far,” said Hiro Nakagawa, the CEO and founder of Redwood City, California-based Fresvii, in a statement. “The most successful games embrace social elements into their core gameplay, creating a high level of engagement, interaction and loyalty among users.”

Besides Nissay Capital, Fresvii’s funders include Guo Wei, an angel investor based in Silicon Valley.

AppSteroid is compatible with numerous game engines and platforms, such as Unity, iOS, and Android. It will support Cocos2d shortly.

Fresvii said it will use the money to expand its team of engineers, paying off convertible debt, and designing new tools to supplement its existing suite of social offerings.

“Developers using AppSteroid can integrate powerful social features such as forums and gameplay video recording within hours, potentially saving months of development time,” said Tony Gascon, the general manager of Fresvii, in a statement. “We want to help developers to create great games, and our platform will allow them to focus their attention on gameplay rather than spending time adding social features.”

Fresvii’s clients include Japanese game developer Liica, which has integrated AppSteroid into Q Universe. In Japan, that title was downloaded 8 million times in six months.

Nakagawa got the idea for Fresvii after he did some work for Nintendo. He created voice chat for the Nintendo DS, but he saw how hard it was to build a community with that system. He saw similar problems building community around voice chat with mobile games, so he started Fresvii in Japan in 2012. In January 2014, he moved the company to Redwood City in Silicon Valley. The challenge is that it isn’t easy to engineer all of the networking capabilities required to enable chat to happen at the same time as a game is playing.