Toca Boca has a knack of making games that young children love.

The independent studio has now racked up over 100 million mobile downloads — competing with giants like Disney and Nickelodeon in the $1.9 billion kids mobile market — and it’s now getting into the world-building business with Toca Blocks for iOS.

While a lot of kids like to play world-building games like Minecraft and Terraria, neither of those titles was originally designed with children in mind. Toca Blocks, however, is built especially for kids aged five and up, and like all of Toca Boca’s apps, it’s created with a deep understanding of how children actually like to play.

I managed to get some hands-on time with Toca Blocks this week (as did my daughter, who’s a little older than the target demographic but still had a lot of fun), and I asked Toca Boca’s chief executive officer Bjorn Jeffery a little more about his company’s 30th app.

Toca Blocks offers kids a creative world with no scores, no fail states, and no end-game. It’s just all about creativity and, well, play.

You can drag blocks from the bottom (or side) of the screen and drop and move them around the world. You can also use a pencil tool to cover larger areas quickly or select a cute flying creature to gobble them away.

But the real magic happens when you combine different blocks. Drop a green block on top of a yellow and you’ve made a sticky, cake-like purple one instead. Red and green will transform into a rock, which looks robust but is liable to collapse underfoot. And the warping black blocks, made by combining a yellow and a sandy block, are great for creating fast-travel paths. Mess around, and pretty soon you’ll have a building, a cave, or a stairway to the stars, complete with items like lightbulbs, propellers, trees, and talking eggplants (yep, that’s right) — all also created from different block combinations.

Toca Blocks includes three controllable characters that kids can move around their newly constructed worlds. One’s great at climbing (and hanging around), one will happily smash their way across the screen, and the third is a wannabee bird that can’t quite fly. All three speak the same non-language that typifies Toca Boca’s apps. It’s a deliberate tactic to let kids fill in the spaces that, as adults, we’d otherwise like to fill ourselves, and it allows Toca Boca fans across 215 different countries equal access to the experience. 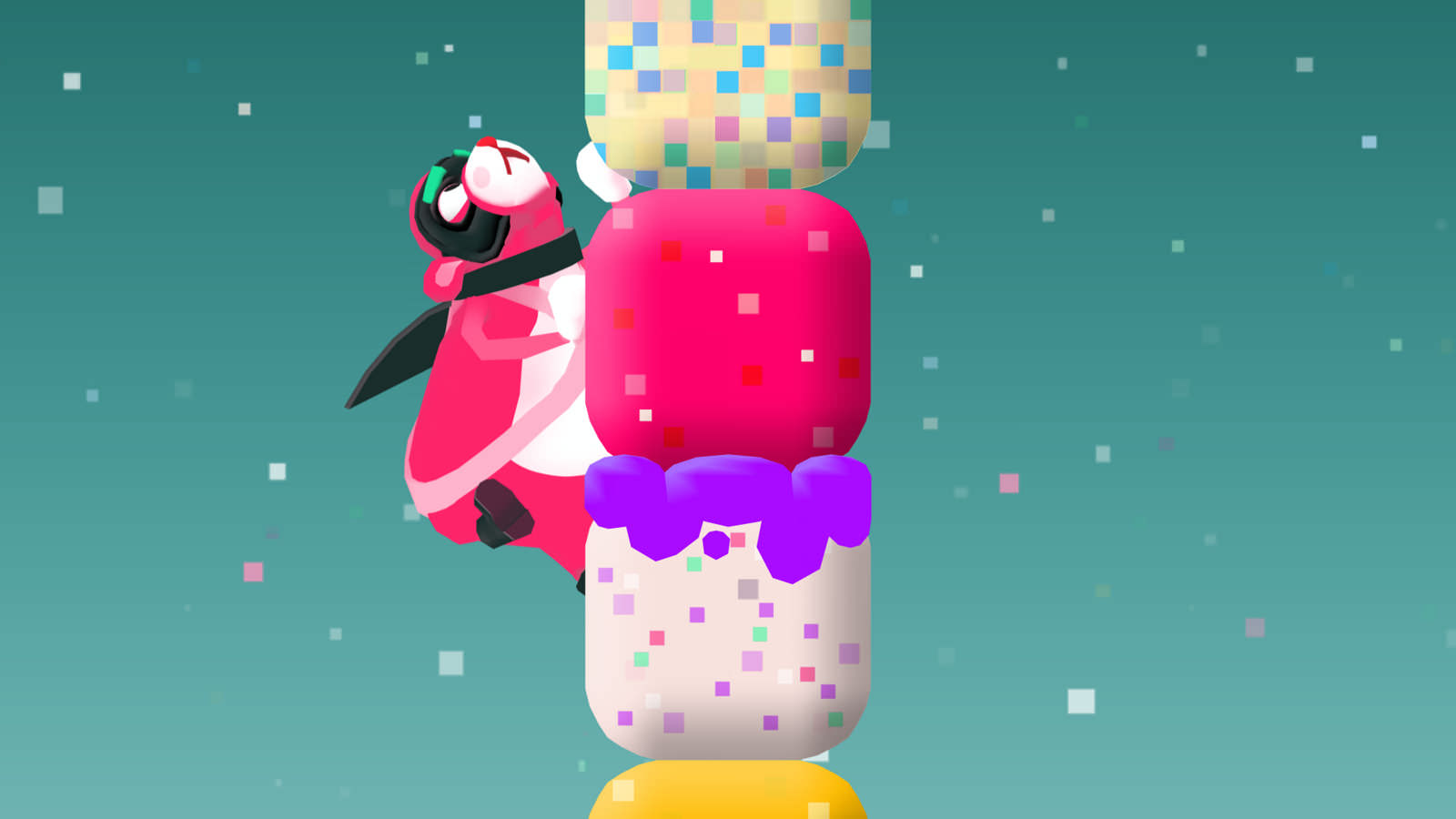 Above: This little guy likes to climb. It’s probably the cape that does it.

Toca Blocks is a very simple, clean experience, and it also allows kids the freedom to experiment and create, telling their own stories with the resources at their fingertips. Jeffery explained that creating a really tactical experience was a key part of the the design process, inspired by real-world block play but not simply aping it.

“When building Toca Blocks it was the tactile materials of the real world we were trying to keep in context,” said Jeffery. “Often, digital construction-play experiences, while rich and interesting, miss the tactility of physical experiences kids know from real-life interactions with these objects.”

And the team found that playing Toca Blocks actually inspired kids to keep on creating outside the game, drawing pictures and playing with blocks and beads. “Just as the play experiences of kids really inspired us to build the app, it was amazing to see the app in turn sparked the kids’ creativity,” said Jeffery.

Toca Boca’s attention to detail is clear in Toca Blocks; everything works as it should, and items are easy to select and use. Experience drawn from 29 previous apps has helped with that clarity of vision.

The team spent a lot of time building the chomping eraser tool, for example, knowing that kids love to clean and delete their work. And they implemented a highly visible scroll wheel at the base of the screen — it’s something that adults don’t tend to need but kids do, says Jeffery. 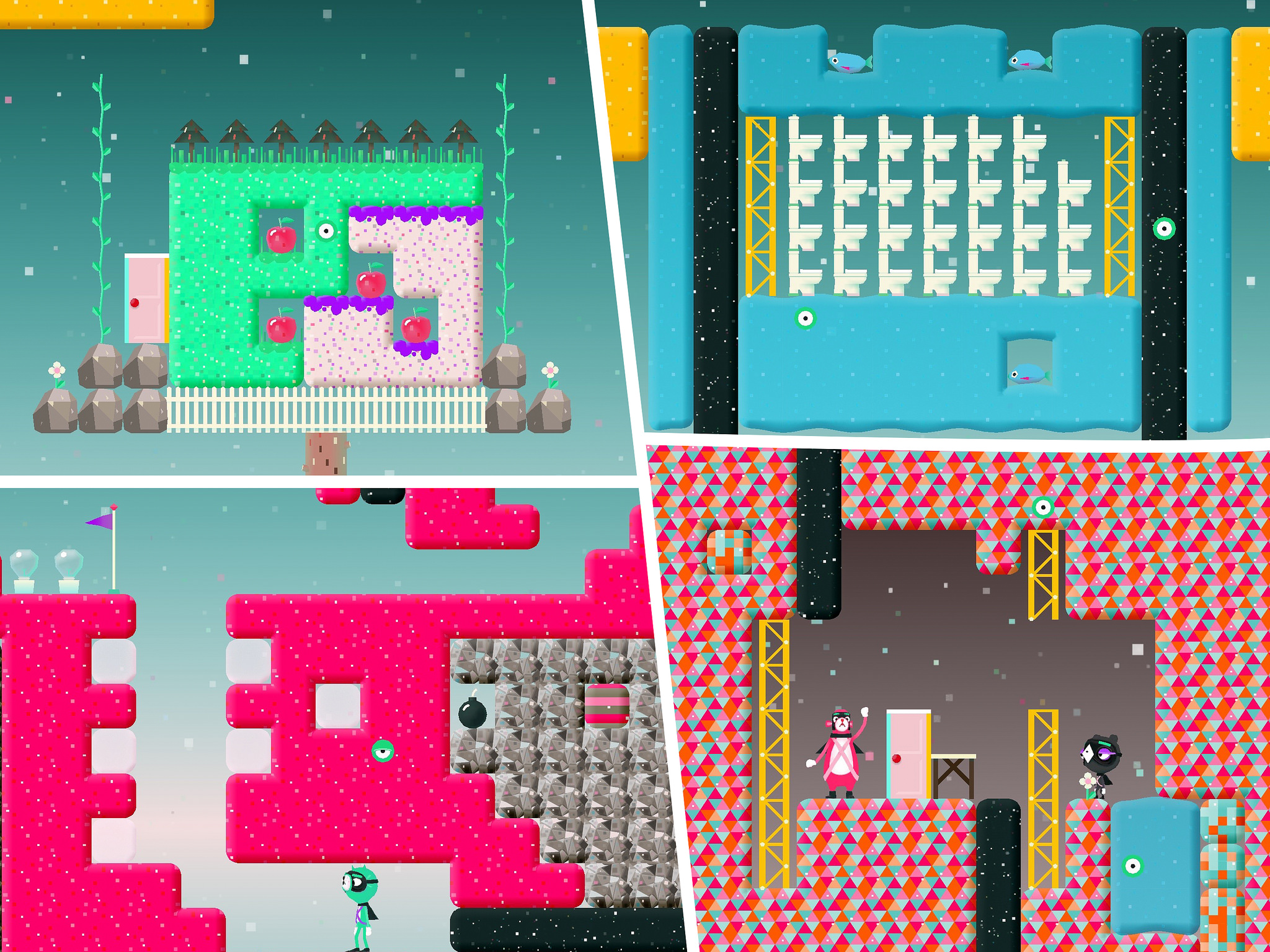 Above: Yes, Toca Blocks has toilets (and poo).

Toca Blocks takes its inspiration from pure physical play more than digital world-builders, says Jeffery. While he acknowledges the popularity of games like Terraria and Minecraft among a young audience, he explains that Toca Blocks is created from the ground-up for its target age group. And while it’s really designed for ages five and up, younger children can still have a lot of fun with it, even if they don’t fully appreciate the nuances of manipulating and combining blocks.

“Minecraft and Terraria are great games of course, but we were more inspired by our audience’s interaction with block-building,” said Jeffery. “What was interesting with those games was the fact that kids engage with them even though they were not originally designed for kids. We wanted to create something designed genuinely for the age group and find a way to make it distinctly a Toca Boca version of world-building.” 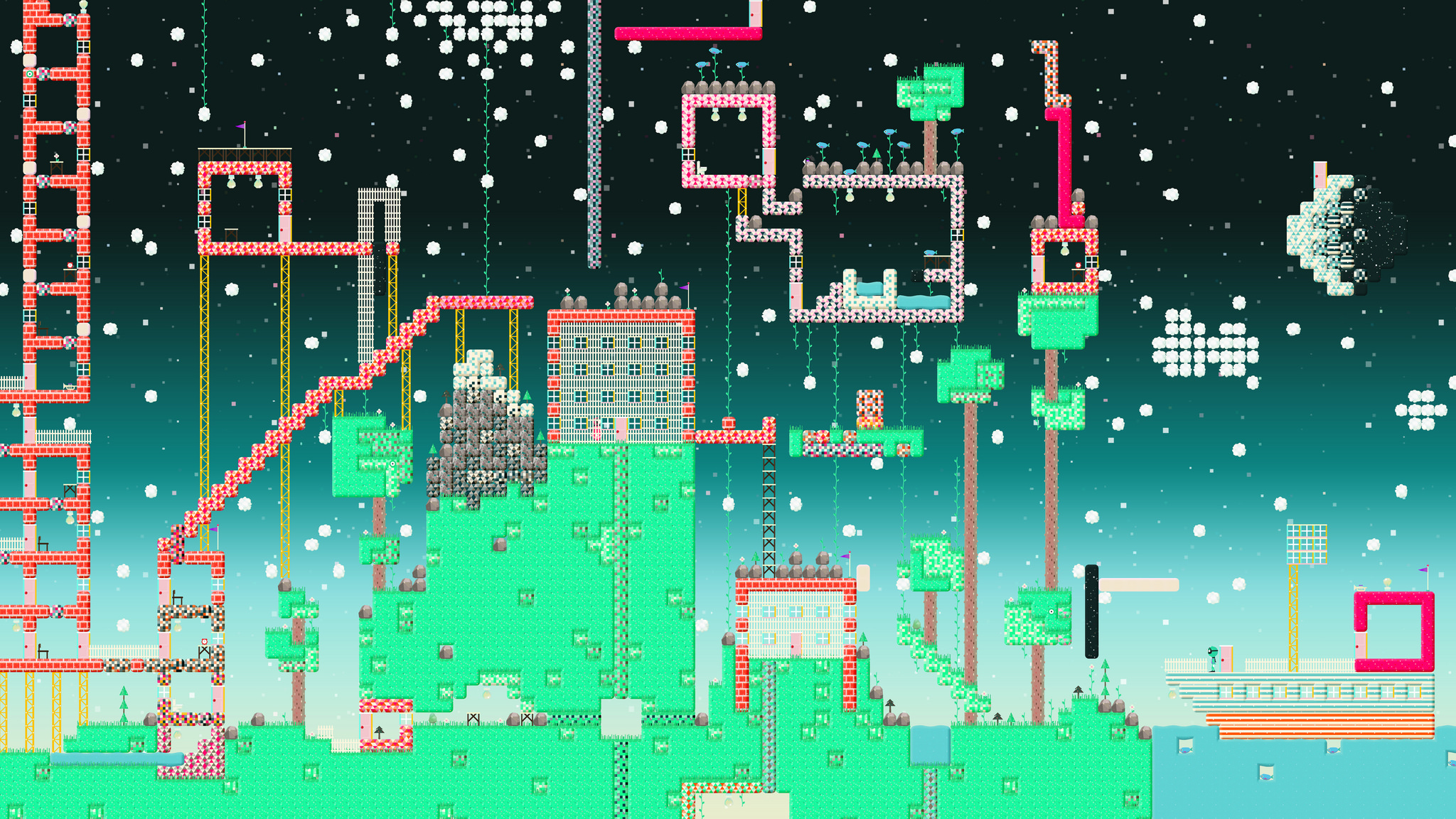 Above: Worlds can get pretty big.

Interestingly, my daughter has previously played Terraria on mobile, but she found the building process finicky and frustrating. She didn’t have those same problems with Toca Blocks, and she spent a good couple of hours dragging, drawing, and building without any real complaints. The only thing she found frustrating was the speed (or lack of speed) with which the three characters moved around the world. She said that she’d love to be able to pick them up and drop them in a certain area, but that’s just not possible.

We’ve both messed around on Toca Blocks this week and found it pretty entertaining, even though neither of us are the real target age group. Younger kids will find a lot to love about Toca Blocks, especially if Toca Boca adds to the experience as Jeffery hints at. “The possibilities with Toca Blocks are [already] endless,” he said. “With that being said, we are excited to see how we can continue to update and add to this app.”

One great addition would be the chance to share world creations and visit other players’ creations. It’s not something that’s on the cards right now, but Jeffery didn’t rule it out entirely. “While we haven’t done anything on that scale before,” he said, “it is definitely something we’ve looked at and are continuing to explore as it would give depth to this experience.”