Let’s get the obvious out of the way: Kickstarter has given the public an early crack at some spectacular stuff. It’s given us an entire galaxy of gadgets and allowed fan enthusiasm to revive Veronica Mars and Mystery Science Theatre 3000. Great.

But Kickstarter is also a vibrant community of empty cash grabs, half-baked ideas, and utter mysteries. There’s something deeply compelling about someone unveiling their pet project to the world (and, hopefully, some cash-flush donors).

“Here I am, world,” announces each page. “I have a shower apron to keep hair out of humanity’s butt crack. All I need is a few bucks to catapult this dream into glittering reality.”

So, as 2015 flew by us all, we’ve gathered up a few of Kickstarter’s worst and weirdest.

These projects run the entire glorious spectrum of Kickstarter — some barely made a dollar, some were funded ten times over. One guy is dumb enough to launch a motorcycle over the Grand Canyon, another savvy enough to charge people for heat shrink tubing.

This is a very heavy wooden box 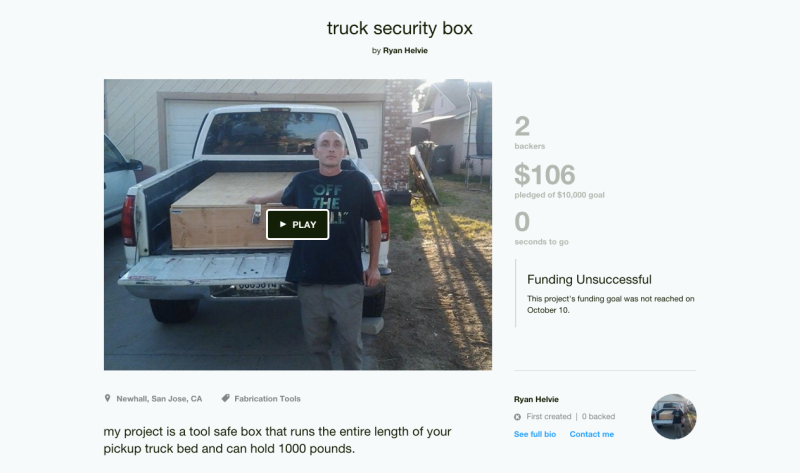 It’s sort of like a lid, but with five more sides and a lot more weight. 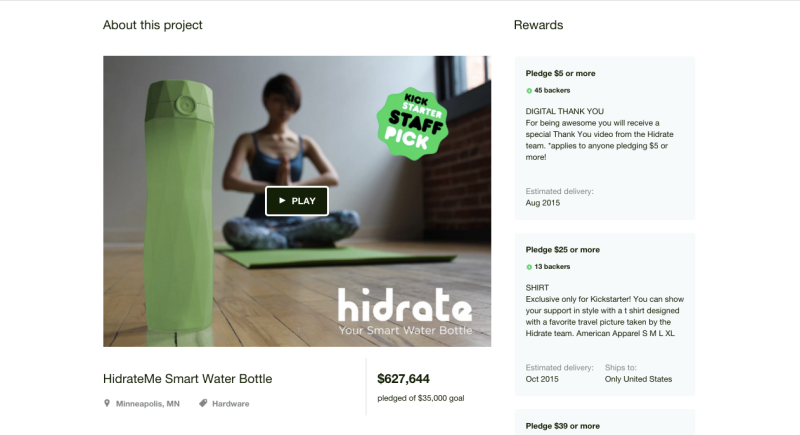 A smart water bottle. Not to be confused with FLUID, Trago, Vessyl, or Seed. All of which made their funding goals. Please stop. 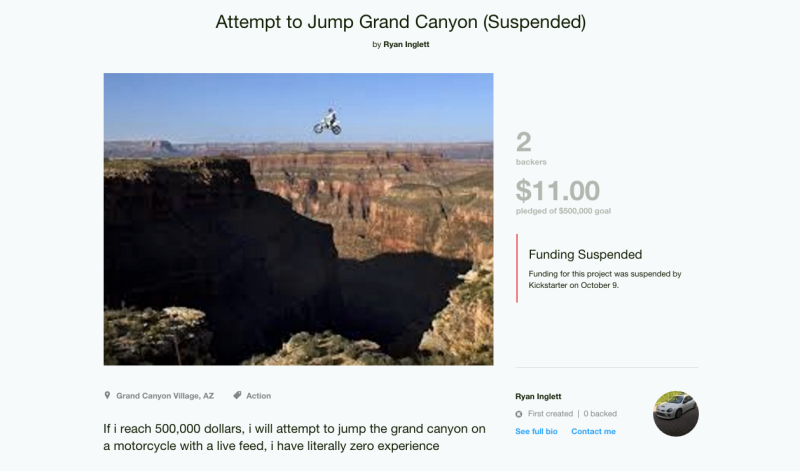 You’ve got to hand it to this guy. Here’s his entire explanation, equal parts “siiiick” and [sic]:

My entire life ive felt drawn to motorcycles, since the first time i saw one i knew i had to one day ride one.  I am now 21 years old and still have never even seen the dashboard of a motorcycle.  I really want to put my name out for something that could actually matter.  Therefore i am committing to jump the grand canyon on a motorcycle with absolutely no experience all…literally zero.  I feel like i was born to do this so i know i will succeed.  I need to reach 500,000$ to purchase a bike, film crew and permit for the event.  I also will be building my own ramp and denying any expert evaluations.  I will have a live feed going and send hard copys to ALL donors after i land!!

Also i will be giving back 10,000$ to the top donor as well as 10,000$ to a homeless man on camera.  I believe i really have something good to show the world and i need YOUR help to do it.  All donations are appreciated, i hope we can make this work, TOGETHER!!!

The narcs at Kickstarter shut this one down pretty quickly. 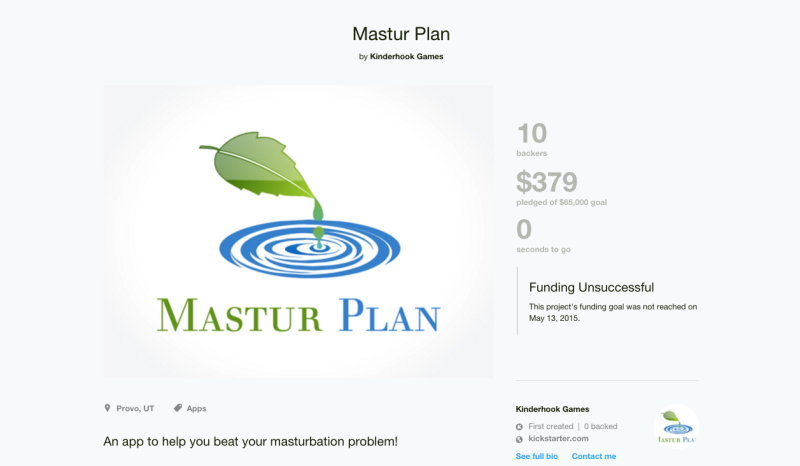 “There’s no harm in trying” 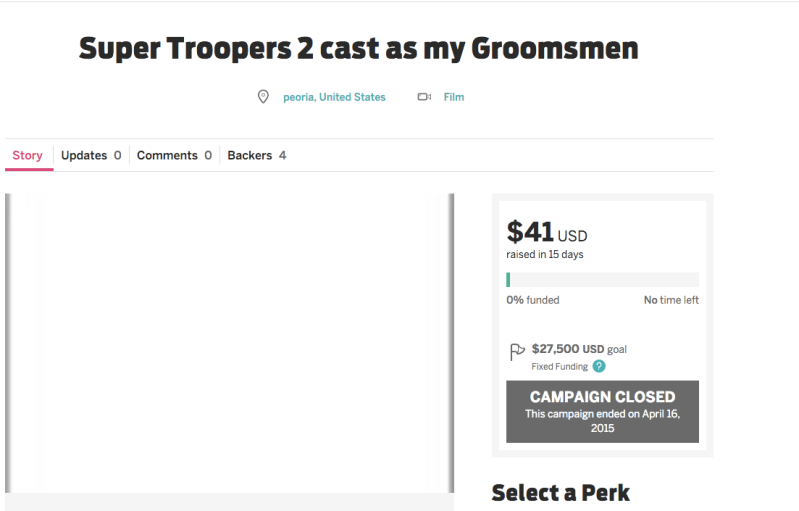 Earlier this year, fans of the movie Super Troopers raised more than $4 million to write, produce, and film a sequel. One of the top-tier perks had an interesting twist: a $25,000 pledge would bring the cast to your wedding as groomsmen and/or bridesmaids. That brings us to this genius, who made a separate Indiegogo to raise that money. Taking donations to make a donation and keep the benefit to himself. He made $41.

A dad who wants to “disrupt” his kid’s love life 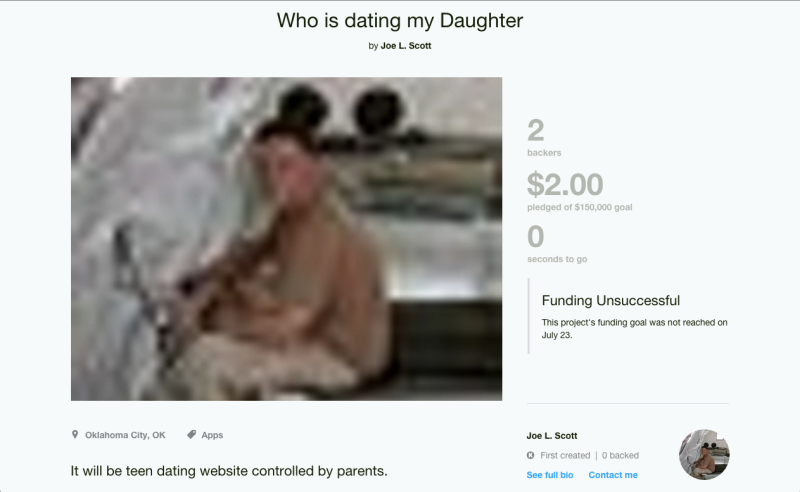 Imagine your grandmother dying. The woman who you called Nana; the woman who bounced you on her knee and treated you like the most special, beloved thing to ever grace this green earth. Imagine your family, dressed in black and faces red from tears, gathered in the office of Nana’s attorney while they read the will. And Nana left you a keyboard. 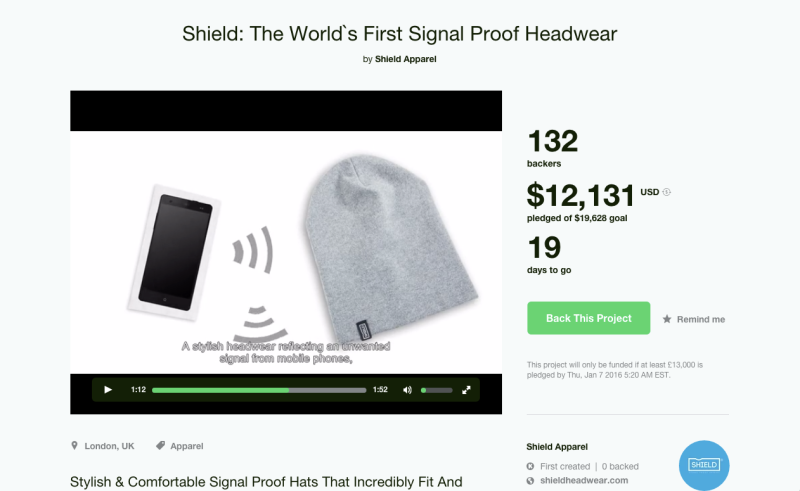 This one is still going, but I think the target audience is already covered:

Shoot for the moon, folks. Even if you miss, you’ll land in a VentureBeat end-of-year roundup.