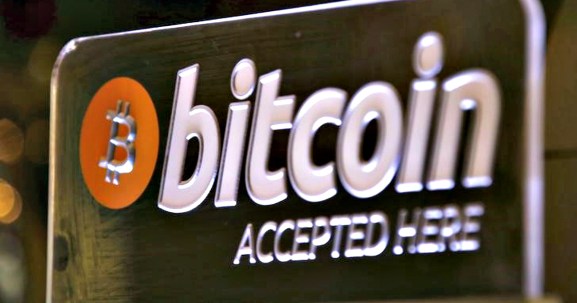 There is no question that Bitcoin is causing a lot of worry and hand-wringing in the banking sector — and in national governments uncertain of how to regulate it. It is, after all, a highly disruptive technology — one of very few alternatives the world has seen in centuries to creating and handling money securely and efficiently outside of the government and the bank.

Bitcoin’s implementation effectively creates decentralized trust, which is the main asset banks sell, and it challenges the money minting monopoly of national governments.

Regulators and players in the banking sector at first ignored Bitcoin. Many predicted its demise sooner rather than later. However, that has not happened yet. Instead, as time has gone by, it has become apparent that Bitcoin poses a danger to the status quo of money.

Regulators and the banking industry have now realized they can’t ignore the technology — they have to face it and manage it somehow. But, because Bitcoin is decentralized, the traditional ways banks have of dealing with a competitor, such as lobbying for unfavorable legislation or even intimidation, won’t suffice. They’ve had to look for new ammunition. And blockchain is the defensive weapon they’ve found.

As 2015 got underway, we saw major banking corporations intensify their study of the cryptocurrency space. And they’ve made investments in blockchain, the public ledger that enables Bitcoin’s decentralized trust network by recording every single Bitcoin transaction via thousands of ‘nodes’.

Top bank, hedge fund and financial technology company executives now seem to be falling over each other to tell anyone who will listen how revolutionary the blockchain is and how it is poised to change the future of finance by enhancing the security and efficiency of existing systems.

In the process, these financial institutions have stigmatized Bitcoin as something not worth mentioning in a serious discussion, under the slogan “Blockchain is the name of the game now, not Bitcoin.” Most conversations seem to gloss over the fact that you cannot make a blockchain without a digital currency. The statement “I’m big on blockchain but not Bitcoin” really means you want the innovative technology without its decentralization, a separation that has yet to be proven possible.

This leaves some of us wondering if hyping the blockchain is perhaps a calculated move to deflate the force in Bitcoin so that it is no longer disruptive enough to put major players in the financial sector out of business.

Andreas Antonopoulos, the author of Mastering Bitcoin, has described well the attention the banking industry is giving the blockchain in a Google Hangout interview with Dutch Bitcoin evangelist Paul Buitink. “They want to adopt the efficiencies without the decentralization, the low cost but with control, and the global nature but with censorship,” he said. “You can’t have the revolutionary nature of Bitcoin while stripping it of all the things that make it innovative and exciting.”

You can’t have blockchain without rewards

A reward mechanism is intrinsic to the functionality of a blockchain, without it it simply will not run.
Rewards are randomly distributed to the agents (commonly known as miners) in return for securing the blockchain. This beauty is that no mining group will amass complete control over the “security of blockchain” because it would disenfranchise itself. The only way to have a blockchain is by incentivizing the security agents to operate in a self-enforcing distributed manner.

So without a currency like Bitcoin, the setup of a blockchain will not be like anything envisioned by the technology’s creator (the pseudonymous Satoshi Nakamoto, who published the Bitcoin white paper in November 2008 but whose real identity still remains a mystery, despite recent reports.)

No one has yet demonstrated how a blockchain without a system of incentive would be more revolutionary than the Bitcoin-driven one.

All of this is leading many of us in the Bitcoin community to conclude that the blockchain hype we’re hearing from banks is a concerted effort to fight the decentralized currency.

“[Banks] want to disrupt their industry and companies, but when presented with actual disruptive technology, they run away screaming,” Antonopoulos has further observed, “They can’t conceive of disruption that changes the fundamental principles of how they do banking.”

Anyone who has played, or at least watched, soccer knows that you do not stop a fast moving ball by standing in its way. You take the momentum out of it by moving with it in the direction it’s going.

Rupert Hackett is the Community Manager at BuyaBitcoin.com.au. He specializes in the digital currency and digital payment space and is currently studying the world’s first Master’s in digital currencies alongside entrepreneurship. He writes for multiple bitcoin websites and regularly blogs for buyabitcoin.com.au.