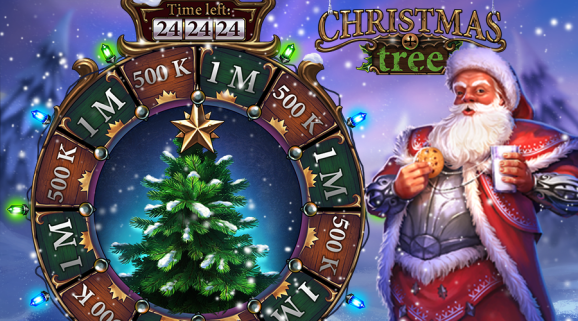 This sponsored post is produced in association with Murka.

Love ‘em or hate ‘em, in-app purchases are a fundamental way for mobile developers to make a living. Free-to-play games have become the norm for the mobile market, so for developers to profit off their hard work, they need to offer additional content at appealing prices. However, far too often in-app purchases become a game of “pay to win,” which hurts the business model in the eyes of consumers. And that negative impression leads to top-performing mobile games like Game of Wars, Clash Clans, and Candy Crush suffering a decline in in-app purchases this year.

The problem with in-app purchases isn’t the thought behind them, but the way they’re executed. Worst-case scenarios like the recent mobile revival of Dungeon Keeper — which slows down the gameplay so players could buy items that bypass the waiting time — take advantage of the player and destroy trust in the company. In-app purchases can’t be designed as a way to trick the user out of his or her’s hard-earned cash; they need to provide apparent value from the get-go. Not only do developers need to provide value to their content, they need to be creative with the way they implement them.

Murka, developer of mobile games like Infinity Slots and Slots Journey, found a clever new way to implement in-app purchases for its fantasy-themed slots game Scatter Slots. During the game’s six thematic sales this year, Murka decided to go against simple sale discounts and offered customized sales instead. Each sales event had its own mechanic, such as collecting monsters and candies during the Halloween sale to an win in-slot special prize. Each sale was also accompanied by emails to the player as well as marketing campaigns on Facebook. As a result of the customized sales event, Murka achieved twice the Average Revenue Per Daily Active Use.

“It can be unusual to hear, but we moved away from the idea of simply offering our users huge packs of coins during sales days,” Murka’s Chief Technical Officer-Product Owner Anatolii Henis told VentureBeat. “If earlier players paid money to get the coins and continued playing slots, now players would pay to play in sale games.”

Other mobile developers have also found ways to bring meaning to their in-app purchases, so customers can feel satisfied with what they buy. Paper, the drawing-based app by FiftyThree, previously offered users one drawing utensil to illustrate whatever is on the their minds. However, to create more elaborate drawings, the user is offered additional utensils such as markers and sketching pencils at a cost. The main drawing experience is offered for free without interruption, but all the other items that could enhance the experience are available as in-app purchases.

While FiftyThree dropped the in-app business model this year to focus on hardware sales, the developer earned consumers’ trust and support by offering a product that delivered on quality, without squeezing them dry.

Cut the Rope 2, developed by ZeptoLab, offered a nice incentive to players by providing free power-ups. After opening the app, the player is presented with four butterflies and asked to pick out the prettiest one, resulting in a power-up reward from 1-10 choices. This is a perfect example of why developers need to establish a trustful relationship with its users. If honest and generous, users will continue to do business with you out of gratitude.

These are but a few of the creative ways mobile developers are implementing in-app purchases in their mobile games. By knowing how to excite players with their content available for sale, these developers have managed to bypass the sense of dread that usually surrounds in-app purchases. As a mobile developer, you’re responsible for crafting an entertaining experience for the player — and that extends to how they spend their money.

Fail to do that and you won’t have anybody left to play and pay for your games. Deliver a unique experience and players will come back for more.