Microsoft today announced that it has acquired technology from Talko, a startup that built a mobile-friendly team communication app. Talko will be shutting down in the next several months, according to a note on the startup’s website, and its technology will be integrated into existing Microsoft apps.

“Today we’re announcing that Talko’s been acquired by Microsoft to help fuel future innovation in Skype and Skype for Business,” the note from the Talko team read.

“As part of the Skype team, we’ll leverage Talko’s technology and the many things we’ve learned during its design and development. We’ll strive to deliver the best of our product’s innovations far more broadly than on our current path.”

Part of Talko’s appeal was that former Microsoft chief software architect Ray Ozzie was at the helm. Ozzie himself invested in the startup, as did Greylock Partners, Kapor Capital, and Andreessen Horowitz.

The app brings together talk, texting, and conferencing. It’s been available on iOS and Android. 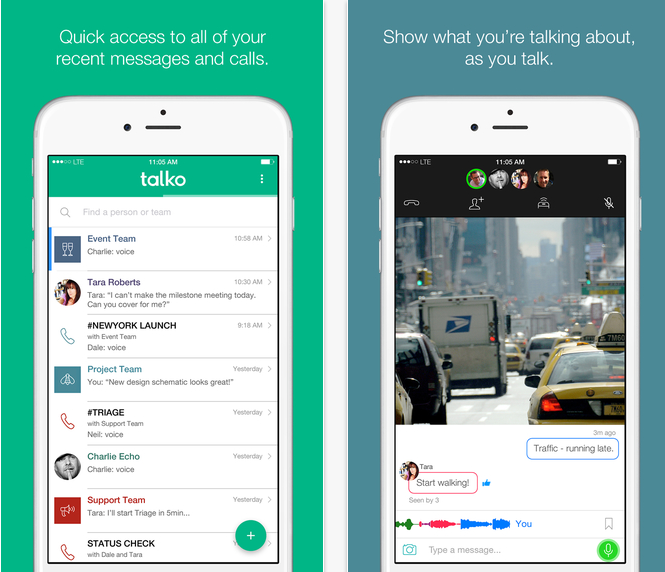 “I welcome the new team members and am excited about how Talko will fuel more innovation at Microsoft, whether it is enhancing the way family members stay in touch with Skype or building on the new Skype for Business services within Office 365,” Skype corporate vice president Gurdeep Singh Pall wrote in a blog post. “This is another example of our company ambition to reinvent productivity and business processes. ”

But from a corporate perspective this is also significant because it’s the latest big mobile-centric acquisition on the part of Microsoft, following email app Acompli, task management app Wunderlist, and calendar app Sunrise.

The Talko app launched in September 2014 and got usage from “thousands of businesses,” according to the note from the startup. Headquarters was in Manchester, Massachusetts. Talko was once named Cocomo.