Elon Musk’s company, SpaceX, is attempting a launch of its updated Falcon 9 at 8:29 p.m. Eastern, tonight. All the action is happening at the Cape Canaveral Air Force Base, but you can stream it right here:

SpaceX postponed Sunday’s launch of the upgraded Falcon 9 rocket, claiming that the maneuver would have a 10 percent better chance of success at the later date. The mission, rescheduled for tonight, is the first since SpaceX’s failed launch on June 28, when a previous Falcon 9 iteration failed in its attempt to deliver cargo to the International Space Station.

A successful launch and re-landing could give a much needed lift to SpaceX, which has been subjected to a rash of postponed and botched attempts. This particular success would be an early step toward the company’s larger ambition of slashing launch costs by using refurbished rockets. Here is the projected timeline:

SpaceX is hoping that the Falcon’s main rocket stage will make a successful touchdown in a designated landing zone a few miles from the Cape Canaveral launch site.

Congratulations @SpaceX !!! That was a hard landing to stick. Opens a brand new door to space travel. I look forward to the details. 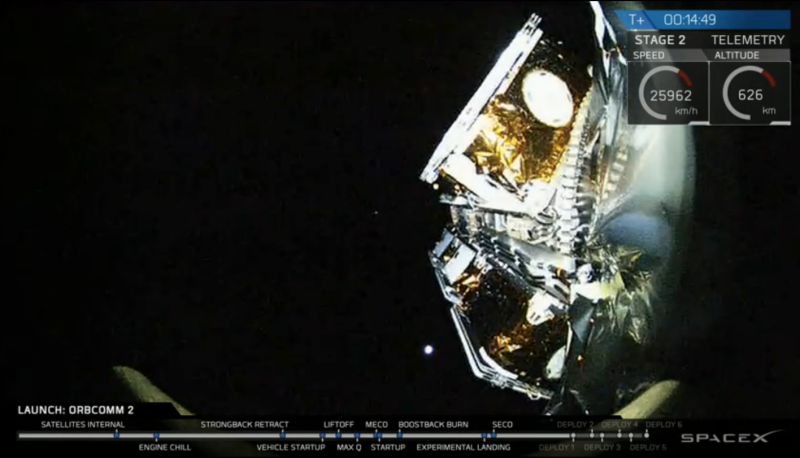 Update 8:48 p.m. ET: All six deployments have been successful.

Update 8:50 p.m. ET: After a successful deployment and a successful landing of the rocket stage, SpaceX concluded its livestream with a little Star Wars reference: “The goal is Mars, because nobody wants to go back to Jakku.”