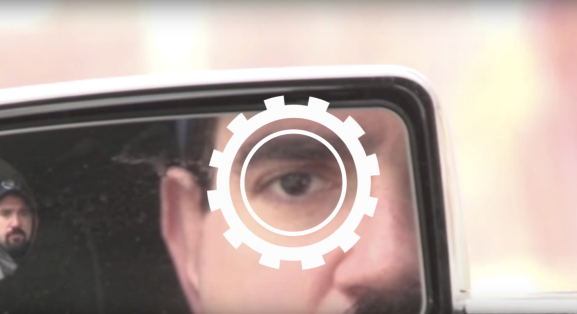 This sponsored post is produced in association with GumGum.

When the film Minority Report was released in 2002, image recognition still seemed like science fiction. Fast-forward to the present, and the impressive image recognition technology displayed in that film and others is no longer a fantasy. Instead, it’s advanced to new levels this year that cover medical, military, science, and business applications.

GumGum — an image recognition-based digital marketing platform for the web — just released its 2015 Image Recognition Year in Review report, which highlights the significant achievements made in the computer vision field during the last 12 months.

As you can see in GumGum’s interactive infographic below, image recognition has come a long way since Google popularized the tech in 2010 with Google Goggles. We’re creating artificial intelligence for self-driving cars; saving farmers time and money by identifying plants within seconds; and instantly buying products we heart on Pinterest. Most notably, these advancements are taking place through mobile, bringing more value to our handheld devices.

Medical developments like the Dulight device — a small wearable camera that uses image recognition to identify objects like food, money, and traffic signs– are empowering the visually-impaired in ways we never thought were possible. We’re also seeing other health benefits come from image recognition, such as Panasonic developing a refrigerator that identifies foods that have gone bad.

Additionally, image recognition is being used by the U.S. military and law enforcement by taking poor-quality 2D images from phones and converting them into 3D models for more accurate identity verification.

The retail realm is a particularly interesting area for image recognition, as mobile often struggles in delivering a quick and painless shopping experience. More than 90 percent of smartphone users abandon their virtual shopping carts when trying to buy online, compared to the 68 percent of shopping done via desktop or tablet.

However, we’re seeing brands combat the issue by using image recognition to make smartphone shopping hassle free. For example, PowaTag is developing a platform that allows users to buy a product by simply waving over it with their phone. We’re also seeing online shopping become more tailored to the consumer, like the eBay Motors app identifying a specific car auction based on a photo of a vehicle’s back end. And, as previously mentioned, Pinterest optimizing its visual search engine to find related products — and showing users where to buy them — is a big win for consumers and brands.

Image recognition isn’t limiting itself to big business as numerous startups are rising to the occasion. Apps like Voconow integrate digital media with print media, allowing users to view a product from different angles, send an inquiry to the manufacture, schedule a visit in person, and more. Wazzat Fashion is another fascinating app that lets users search for similar apparel based on a snapshot, but its social media plugins expand the search to sites like Instagram and Pinterest, setting it apart from other like it.

Of course, there will always be room for improvement. Google search chief Amit Singhal recently acknowledged the limitations of image recognition in its current state.

He then linked the failure of the Amazon Fire phone to the company’s push of Firefly, a feature that scanned real-life objects to find more information about them, saying it wasn’t enough to create a billion-user product out of it.

Nonetheless, 2015 has further opened the road for image recognition technology and based on Microsoft’s impressive win over Google in the sixth annual ImageNet Large Scale Visual Recognition Challenge, the Redmond, Washington company may lead the charge. Microsoft’s win is attributed to successfully reducing the amount of wrong photo IDs to 3.5 percent, which is significantly less than “one in four words” Singhal referred to with speech recognition.

With the industry estimated to grow to $25.65 billion by 2019, we’re destined to see more investment and development in image recognition – especially since giants like Google, Facebook, Microsoft and other of their ilk have demonstrated their commitment by open-sourcing their tech and hardware in the past year. The results of their hard labor are guaranteed to rival anything we may have imagined in 2002.

Have a look at this year’s different impressive milestones: