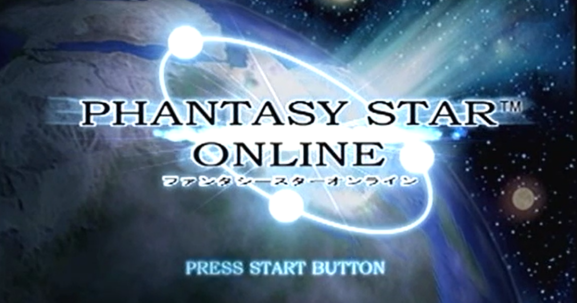 15 years ago, I was playing four hours a day on a Japanese Phantasy Star Online server, questing with strangers and communicating purely off of symbols.

And I didn’t know how to read Japanese.

The original Dreamcast version of Phantasy Star Online released on December 21, 2000, in Japan, and it became one of the Sonic Team development group’s most accomplished works, influencing how console game developers would approach online design for the next decade and a half. Almost every major online console gaming franchise, in one way or another, is connected to something Sonic Team experimented with in the Dreamcast version of Phantasy Star Online, whether it’s how we communicate with each other through the controller UI in Xbox Live and PlayStation Network or Destiny’s class and co-operative structure.

Before Phantasy Star Online, online features in console games were mostly a tacked-on and gimmicky mode to supplement the more refined offline experience. No one had designed a console game whose core consisted of online play itself.

Sonic Team wound up crafting a game that solved almost every potential issue naysayers of online console gaming could come up with. Phantasy Star Online was incredibly well paced for an online cooperative experience, with individual sections running about 20 minutes. This didn’t lock console players down for marathon sessions, such as with Everquest and Ultima Online, and it made time management on the player’s part much easier. Communication without a keyboard was another huge challenge, which Sonic Team handled both with a UI keyboard and a quick emoticon-style symbol system.

Sonic Team also developed a robust message and friend system built within the game, in order to create and maintain relationships across the Phantasy Star Online server. The team also put together an interactive lobby system, which allowed players to build out their four-person teams in a more personable way before diving into a play session.

Sonic Team’s skillful art and design direction took advantage of a lot of tricks to help make a deceptively small experience feel large. Working on Dreamcast hardware and circa-2000 Internet technology, it was important to keep the canvas incredibly tight, yet Sonic Team still managed to make the world seem enormous and alive within those restrictions.

15 years later, I can still see the genes of Phantasy Star Online lingering in the online console games of today. If you can communicate with other users using a controller and a symbol/gesture system, or your last cooperative experience allowed for flexible time management: at least some of that convenience can be traced back to Sonic Team’s experimentation with this phenomenal Dreamcast game.