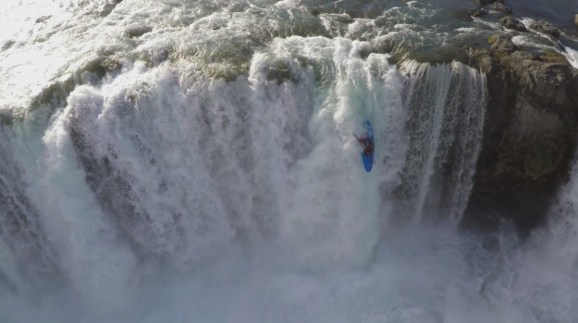 Scene from the 66th Parallel on the GoPro Channel

GoPro is announcing today that its GoPro Channel action sports videos will now be available for viewing on the PlayStation 4 and PlayStation 3. The news shows the growing importance of reaching consumers — especially gamers such as PlayStation fans — through alternative networks. It’s a big step for Sony, as the Japanese electronic giant is a kind of competitor in action sports cameras, which is GoPro’s main business.

The GoPro Channel is already available on Amazon Fire TV, Roku, Comcast Watchable, Sky, Vessel Entertainment, Xbox, LG, and Virgin America. But the PlayStation will get an exclusive in the form of The 66th Parallel show, or discovering Iceland with Ben Brown.

“We want GoPro content and programming to be easily accessible on every platform where our millions of fans spend time,” said Jon Cohen, GoPro’s director of distribution in a statement. “There’s a sweet-spot of overlap between PlayStation’s super-engaged audience and the GoPro audience and we’re excited to welcome PlayStation to GoPro’s expanding OTT family.”

The channel gives PlayStation owners a chance to access all of their favorite videos, perform enhanced searches, browse playlists, and discover new videos.