Few years in recent memory have been both as triumphant and as sobering as 2015.

While crowdfunding continued to rise as an alternative to mainstream pitch-making and exciting new opponents got made it to the Super Smash Brothers roster, it also saw a settlement between Machinima and the Federal Trade Commission for not disclosing that some of their content creators were paid to produce pro-Xbox One content. YouTube mounted their counter-offensive to gameplay streaming platforms, and we lost an industry legend decades too early.

But gloom did not completely dominate this year. 2015 was one of the best years ever in terms of game quality, but it was also one of the industry’s most whiplash-inducing emotional roller coasters.

Activision gets a sweet tooth 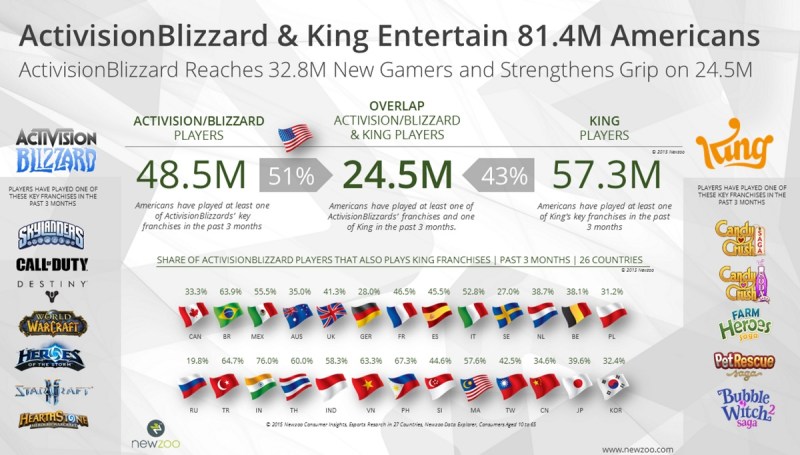 Above: Activision Blizzard and King will have a big grip on U.S. gamers.

Activision-Blizzard had already seen some mobile-esque success with the free-to-play Hearthstone collectible card game when it bought Candy Crush Saga-maker King for $5.9 billion. The high amount initially garnered a lot of confused laughter. But as much as the “hardcore” gamers like to decry mobile as inferior playthings to the masterpieces on PC and console, free-to-play apps do make a lot money — market research firm Newzoo estimates it’s a $30 billion market this year.

And Activision just bought up the most successful IPs in the market.

The deal brings Activision second only to Chinese investing giant Tencent in terms of game-related company profits. According to GameBeat’s Dean Takahashi’s reporting, Activision’s acquisition also potentially nets the publisher a major influx of women players, among other benefits. The deal was not (and still isn’t) universally praised by financial analysts, but Activision’s major expansion into the mobile space could bring monumental changes to the way publishers look at their portfolios and approach video game acquisitions of the future. For investments of this size, the player divide between mobile and game-specific devices no longer matters. 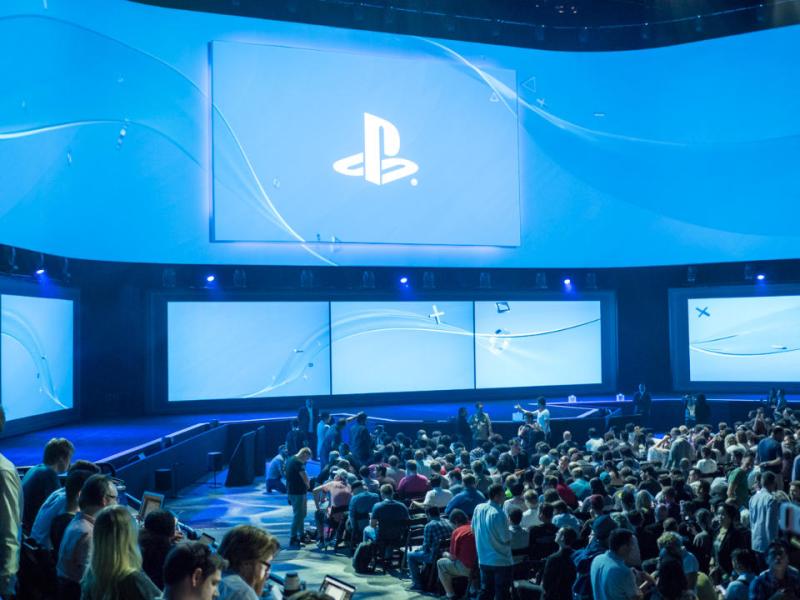 The PlayStation presser started off big with the return of footage from the long-dormant Last Guardian (anticipated for six years). But shortly thereafter came the two moments that spawned tens of hours’ worth of live reaction clips from ecstatic fans. Vice president of publisher and developer relations Adam Boyes took the stage, and within minutes, he confirmed both the full remake of Final Fantasy VII (something people wanted for over a decade) and the Kickstarter campaign for Shenmue III (a sequel fans have prayed for since 2001). The resulting cacophony of fanboy exultation drowned out pretty much everything else at the expo, both in terms of the other conferences and the show itself.

E3 had some major surprises elsewhere this year (Xbox One backward compatibility, Yarny, and a second South Park RPG), but the Sony press briefing dominated headlines and hearts. Just one of these announcements would have made a noticeable mark on the convention this year — especially considering that saving one for December could have greatly improved the mundane PlayStation Experience keynote — but the cluster-bomb strategy of all three paid off. The fervor over Shenmue and Final Fantasy VII has since subsided in the light of questionable crowd-funding campaign and (gasp!) multipart releases, but for a moment in June, everyone in gaming was ten again.

The sad, spiteful downfall of Konami 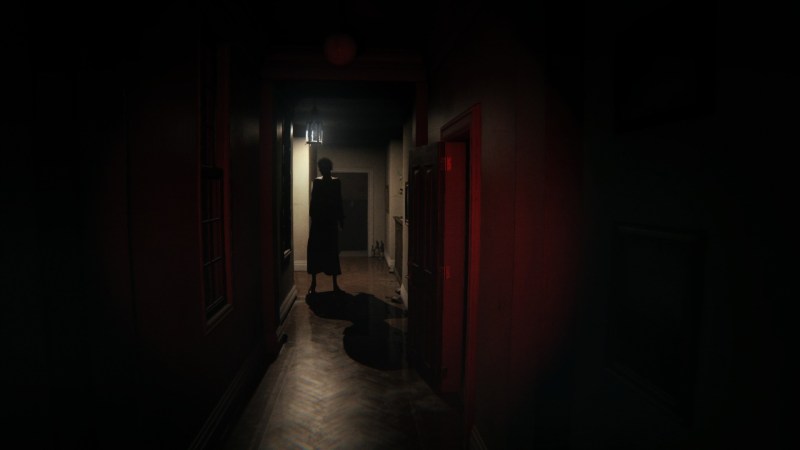 Above: Konami began the year with a lot promise, only to set fire to every last shred of industry support.

“Worst company ever” has been a title thrown about in the game industry for little reason. Electronic Arts was famously branded so because of a botched game launch and an unpopular ending to a beloved sci-fi trilogy. But while child-labor profiteers and negligent defense contractors still exist, Konami may have proven itself the most (comparatively to other gaming companies) worthy of the title. The house of Contra and Castlevania has had more than its share of idiotic business practices before this year, but 2015 was a slow-motion car wreck that just kept on smoldering.

The publisher started its descent early, completely ripping PT — the most noteworthy concept demo in recent history — from digital store shelves before outright canceling the Silent Hill game it promoted. Shortly afterward, the company delisted itself from the New York Stock Exchange, before seemingly taking every step possible to ensure a vile reputation. The publisher’s treatment of its workers (while not as shockingly out of place in the Japanese tech industry as it should be) carried across all levels, famously making Metal Gear Solid director Hideo Kojima into a cultural martyr with its meddling in the Phantom Pain. It was only after Kojima was let loose from his contract that he recently found a reprieve with a newfound partnership with Sony.

Transitioning away from the games industry is, in this and many other cases, a common-sense business move. Konami’s re-focus to the extremely lucrative parlor and casino game market could very well be a solid improvement to its bottom line. But the company’s condescending disregard for the industry and brands that laid the groundwork for its success has proven that something like bad press can exist after all. There wasn’t a season this year that didn’t include a new report on Konami’s bridge-burning, coming to a head with a call-out on the most watched awards show of the year. 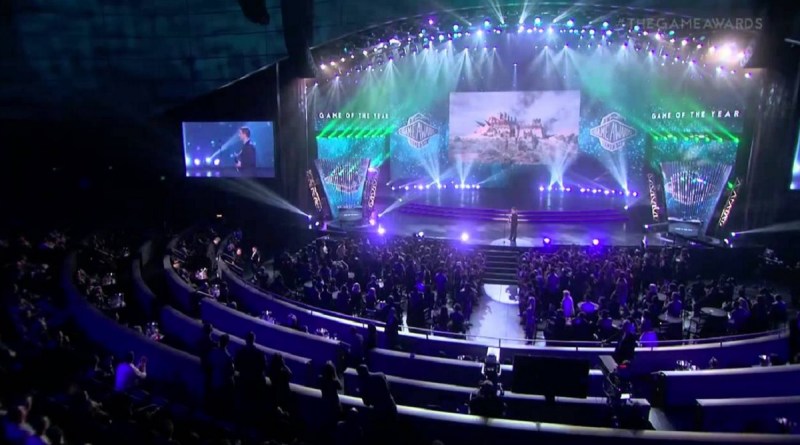 Even by awards-show standards, most of Geoff Keighley’s production efforts have wound up overly corporate shells of competition more interested in media partnerships for “world exclusive” content than actually handing out accolades. What began as the Spike TV Video Game Awards was so empty and calculated that it practically supported a year’s worth of social media snark in just a few hours. The broadcasts were so worthless they got rebooted as the Game Awards online broadcast. But even the much-needed shirking of pop artists and snack food endorsements didn’t save the first ceremony from being gleefully demolished (if less so than previous years) on Twitter.

The second annual Game Awards proved at least somewhat different. Most of the ceremony was still more of a commercial than a broadcast, but some nuanced voting (congrats again, Splatoon!), a down-to-earth tribute to the recently deceased Satoru Iwata, and Keighley’s own on-camera shaming of Konami for refusing to let Hideo Kojima attend the ceremony made the Game Awards not only watchable but occasionally important. If next year’s ceremony could manage to mention more games that actually came out during the year in contention, we may finally have an awards show worth tuning in to without the benefit of controversy.

Nintendo partners up on mobile

Above: DeNA and Nintendo together and never to part.

Nintendo is often slow to get with the times, usually falling back on common sense business initiatives only during fiscally lean times. The Wii U’s sales must have gotten the Big N pretty hungry, as the industry mainstay announced a partnership arranged with mobile publisher DeNA to begin releasing its first-party intellectual property into the mobile game wilds. The deal finally allows the likes of Pokémon and The Legend of Zelda onto smart phones and tablets, opening up a potential goldmine of a revenue stream. Many Japanese players have already shown up in force to support incoming Nintendo-branded mobile content.

But while often slow to respond to newfangled do-hickeys like reliable online infrastructure and the whole treating-third-party-designers-like-they-matter thing (the PlayStation one says hi!), once Nintendo starts in on something, the genetic make-up of games industry changes forever. Nintendo’s partnership with DeNA keeps the two firms where they are strongest. Under the deal, DeNA works to bring over Nintendo’s brands into the mobile space, the Big N remains dedicated to its more traditionally focused (and still tantalizingly mysterious) NX console. Like Activision’s purchase of King, an investment of this magnitude could provide a turning point in the relationship between console and mobile games, bridging the two unnecessarily disparate parts of the industry with a plumber and his princess.