With word that Foursquare is reportedly raising another down round of financing, it seems logical to bet that the company is reaching some kind of end game.

According to Re/Code, Foursquare is trying to raise between $20 million and $40 million at a valuation of $250 million. That’s far below the $650 million valuation it reportedly had two years ago.

Since then, the company has split off check-ins into its Swarm app, which frankly felt like a bit of a Hail Mary pass. We can assume its attempt to monetize all its location data hasn’t progressed very well, so profitability is likely a fantasy. And its IPO dreams probably died long ago.

Which leaves a sale. And indeed, Re/Code says Foursquare “has also talked to potential buyers” and that a deal might happen in place of a new round.

So, who’s the likely buyer? These seven strong contenders are the obvious candidates. Here’s an assessment of why they may or may not scoop up Foursquare:

Microsoft: The company has been an investor, and may be looking to put in more this round, if this round happens. And Microsoft uses Foursquare to power some of its location features. Microsoft has to be right at the top of any acquisition talks. Given that it has already put money it, it could probably buy the rest of the company for less than other bidders. Plus, it would have all that Foursquare data and a good chunk of the employees who choose to stick around.

Google: Google already sucks up a large amount of location data from your smartphone if you’re an Android user, or if you use its apps, like Google Maps, on iOS. Still, it could probably always use a bit more data, especially if it can be had at a bargain. Sometimes companies will make such deals just to keep assets out of the hands of competitors. And in the case of Google, there’s a bit of a delicious twist. Foursquare founder Dennis Crowley sold his previous location-based startup, Dodgeball, to Google in 2005. Google shut it down in 2009, and Foursquare was, in part, an attempt to show Google what an opportunity it had bungled. Crowley will have to eat a bit of humble pie if he sells a second company to Google after years of criticizing the search giant.

Facebook: I’d put this at a very low likelihood. The company bought Instagram, which was using Foursquare as its location partner at the time. Facebook later replaced Foursquare with its own Facebook Places (which Crowley once called “boring”) for Instagram. The company probably believes it has plenty of location data, and it has likely seen from its own users’ behavior that our willingness to share location socially remains pretty limited. If Facebook did make a play, it would really be for the employees.

Yahoo: Three years ago, I thought it would be interesting to see Yahoo buy Groupon, Yelp, and Foursquare and roll them together into some kind of mobile-local ecommerce thingy. At the time, freshly minted CEO Marissa Mayer was looking for a new strategy, and it seemed like she would get a windfall from the Alibaba stock. Alas, the time for such a deal is long past. The main debate around Mayer is how long she will be sticking around. And as for Yahoo, many investors would like to see it sold for parts. Even if Mayer wanted Foursquare, it seems unlikely the board would let her spend any more money on an acquisition that might create a little buzz but do nothing to enhance the bottom line.

Apple: I would put Apple just behind Microsoft on this one. Back in October, Apple Maps started pulling in Foursquare data. As Apple continues to make progress on Maps, it would likely hate to lose that data, and probably would be happy to have even more control over it. And certainly Apple has money to burn. Buying Foursquare for less than $500 million would seem reasonable for a company that shelled out $3 billion to buy Beats.

Amazon: Amazon buying Foursquare would probably make about as much sense as Jeff Bezos buying a newspaper. Which is to say, none. But that’s also not to say it won’t happen. Amazon is an acquisition monster. Bezos likes to do crazy things. And if there is a rationale, it might have something to do with Amazon Web Services. AWS highlights Foursquare as a case study to new customers. Could Foursquare be used as a way to offer other AWS clients location-based services for their apps?

Twitter: This would probably be the longest of all long shots. With a new/old CEO in Jack Dorsey announcing new plans but also laying off employees while simultaneously running another company, Twitter probably has its hands full. The last thing it needs is the distraction of integrating another company that’s based across the country. Plus, Twitter probably has the shallowest pockets of the group. Still, Twitter just struck a partnership this year with Foursquare to let people tag locations in tweets. And, like Foursquare, Twitter is trying to make selling data a bigger part of its business. If Twitter can run the numbers and convince its board that its data would be even more valuable combined with Foursquare’s data, there just might be a rationale. But outbidding these other players would still be tough. 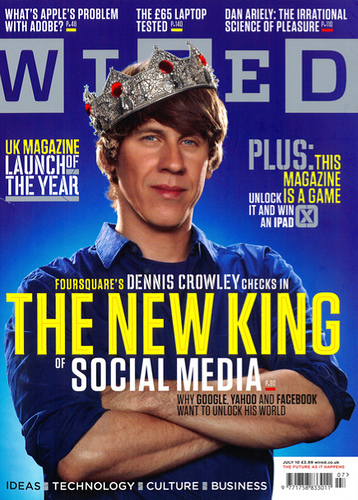